The Beacon of Transparency in Evans County 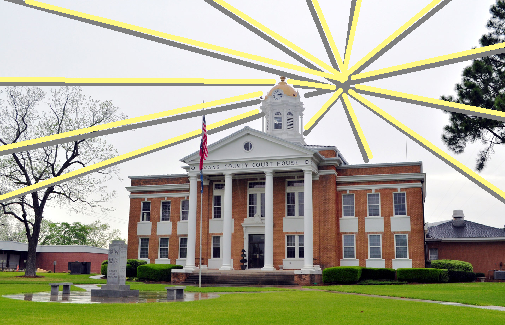 Evans County Probate Judge Darin McCoy has served in elected office for more than 26 years — long enough to establish a routine of complacency in most branches of government, but after two and a half decades, McCoy’s office remains an efficient blueprint offices around the state should seek to mimic.

In an era of prevalent frustration over lacking government efficiency and where obtusity is the norm, Judge McCoy’s office is the exception.

Elected in 1992, Darin McCoy serves as both the Probate Judge responsible for marriage licenses, weapons carry permits, wills, and other legal matters, and also as the Elections Superintendent. His office runs with the assistance of two clerks – Aprile Rizzo and Genevieve Kirland – both of whom are helpful and able -in addition to willing! – to answer almost any question one could possibly have.

Last month, I filed an Open Records Request with his office seeking a number of campaign finance and election related documents. Within minutes, McCoy responded to my email to inform me that the records would be available any day that was convenient for my review and at zero cost. I scheduled a date and time to review the documents a few days later and was placed in a room to review the neatly organized records on my own clock. 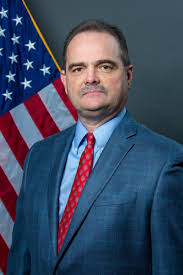 Judge McCoy stopped by to say hello while I was sifting through paperwork and I remarked about the great system of recordkeeping the office used since I have visited a number of cities and counties where records are kept loosely in open boxes without any semblance of a filing system. McCoy humbly shared with me that he has a ‘100-year plan.’  “In 100 years, when I am long gone, I want anyone and everyone who looks at our documents to know exactly what we did and why. No questions,” he explained.

As I routinely do in counties in the region, I was looking at the campaign finance disclosures for countywide elected officials in Evans County. The paperwork is required to be filed at least biannually and details campaign contributions collected by public officials. Counties collect the information and turn it over to the state, but it is the responsibility of the locals to file the paperwork on time or face a financial penalty.

Evans County is the first county I have seen in which not a single elected official was charged with a penalty for filing late or failure to file. [list does not include municipal officials] The reason? McCoy’s office has voluntarily assumed the responsibility of – sometimes repeatedly – reminding his fellow county officials to file their ethics paperwork. “It’s just in everyone’s best interest,” he told me. An elected official who takes it upon himself to help other elected officials be transparent and accountable? That’s a breath of fresh air in rural south Georgia, and our state generally.

That leaves his office three for three: helpful to the public, the media, and elected officials.

Quite the feat for a small rural county on a limited budget. Evans County is on the ever-decreasing list of Georgia counties where a single person – the probate judge – is over elections as opposed to an appointed board accountable to elected officials. It is usually a cost saver, but also a means of keeping those overseeing elections accountable to voters. As superintendent over elections, McCoy also contracts with the municipalities in Evans to ensure everything is done in accordance with state law.

But McCoy’s dedication likely comes from both his tenure in office and his service on the state level. He is an active member of the Georgia Council of Probate Court Judges, where he has held every office in the state organization including President (2002-2003) and currently serves as their Secretary-Treasurer.  He served as the 2016 President of the Constitutional Officers of Georgia (COAG), which is comprised of all of Georgia’s Sheriff’s, Superior Court Clerks, Tax Commissioners, and Probate Court Judges.

He was also appointed by then-Secretary of State Brian Kemp to serve on the SAFE (Safe And Fair Elections) Commission to assist with the recommendation of new voting machines for Georgia.

Most notably, he has served as an instructor for the University of Georgia’s Institute of Continuing Judicial Education, instructing classes for Probate Court Clerks and Probate Court Judges across the state.

It’s no wonder his office runs as efficiently as it does. And for that, we are thankful.