Atlantic Waste Files Application for Land Use in Screven Despite Moratorium 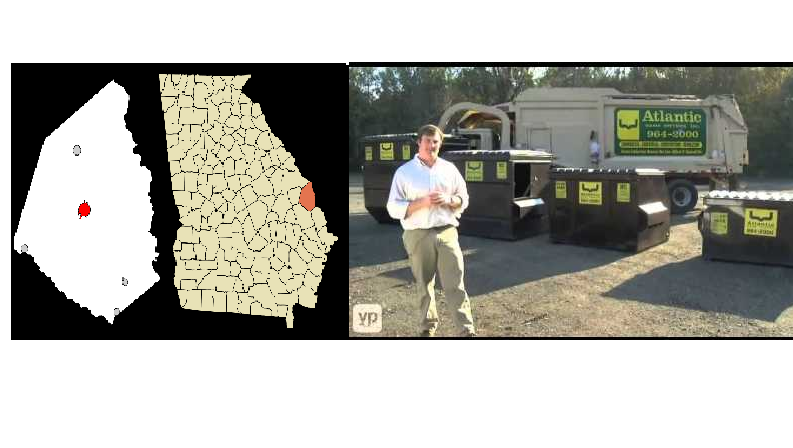 The Green Meadows Solid Waste Disposal & Recycling facility posted on social media Wednesday morning stating that a zoning application had been filed in Screven County for the proposed landfill property. Specifically, the Facebook post said a ‘conditional use application’ was sought with the Screven Planning & Zoning Department. 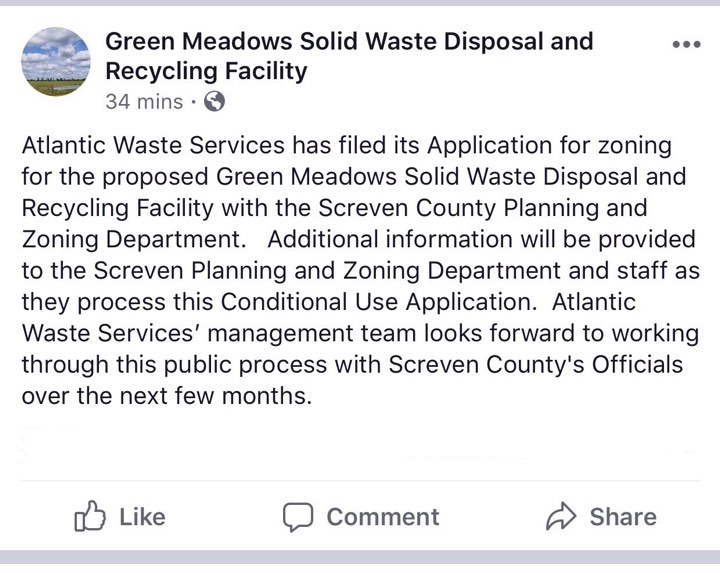 County officials confirmed to AllOnGeorgia Wednesday that Ben Wall filed his application on Tuesday after the Commission meeting.

The announcement surprised citizens, especially those in attendance of Tuesday’s Commission meeting where Commissioners voted unanimously to approve a three month moratorium on land use applications to establish a county Solid Waste Management Plan under state guidelines. The county’s old Solid Waste Management plan is out of date and the ordinance relating to solid waste is not in compliance with state law.

The new Screven County Board of Commissioners website instructs applicants to fill out a generic form to request various P&Z-related applications, including those for conditional use. AllOnGeorgia requested a copy of the application Wednesday, which is subject to public review under Georgia’s Open Records Act,  and inquired as to whether or not the application would be subject to the moratorium imposed Tuesday. Emails and calls to County Manager Rick Jordan on Wednesday were not returned.

Tuesday’s motion by Commissioners, however, was broad and targeted ‘land use’ generally until the completion of the solid waste management plan.

County Zoning Director Randy Hagan said that the application filed by Atlantic Waste Services/Ben Wall would not be considered during the moratorium because the application was filed after the vote by Commissioners. He said this was confirmed with the county attorney Wednesday as well.

Conditional Use Applications in Screven

Sec 411 of the Screven County Code of Ordinances allows for the issuance of a variance, but those are issued in instances of hardship. Conditional use applications are approved when property owners adhere to additional, often more regulated, standards imposed by the governing authority.

Sec 413 of the Code of Ordinances addresses Conditional Use, which allows for permitted use in some districts after a recommendation by the Planning & Zoning board and approval by the full Board of Commissioners. To be eligible for conditional use, a developer must own 51% of the property OR be the duly authorized agent of such a person, possessing notarized authorization in writing, under the owner’s signature. The Tax Assessor’s Office does not reflect property owned by Wall or AWS, but records are not in real time.

The ordinance also requires both the P&Z Commission and the Board of Commissioners to consider the following before considering additional conditions for the developer: