A councilman in the City of Claxton fired back at his fellow council members and the mayor Monday night during a discussion on whether or not the city should mandate masks and return to a state of ‘Shelter in Place.’ 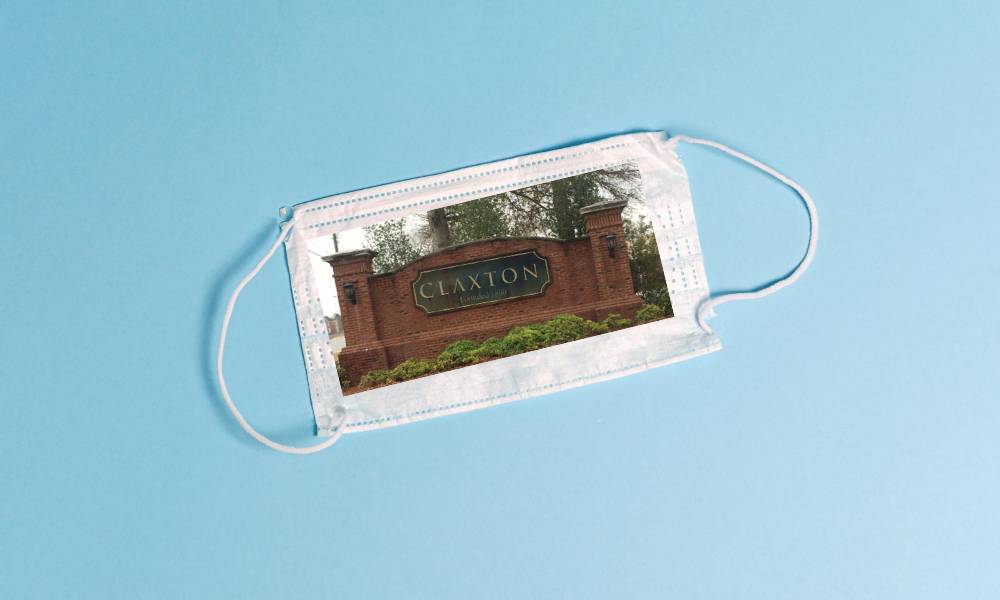 A councilman in the City of Claxton fired back at his fellow council members and the mayor Monday night during a discussion on whether or not the city should mandate masks and return to a state of ‘Shelter in Place.’

Mayor Terry Branch told council members that Councilwoman Tina Hagan had approached him on one or two occasions about implementing a mask mandate, a measure that was prohibited under Governor Kemp’s Executive Orders until Saturday.

Under consideration was a proposed ordinance and resolution provided to all the cities by the Georgia Municipal Association, an entity subsidized by taxpayers that offers training and resources for city officials. GMA joined Atlanta Mayor Keisha Bottoms in opposing Governor Kemp’s previous prohibition of local government action, going as far as to file a brief in support of Bottoms and the City of Atlanta in federal court in July.

Hagan said she wanted to keep kids safe when they return to school, with schools within the city limits, but the city council does not have the authority to regulate what school systems do on campus. “That’s our biggest concern, for parents and employees,” Hagan, who works for Evans County Schools, said. She also suggested returning to a Shelter in Place status for the next 14 days, a move that is prohibited under Kemp’s latest Executive Order signed on August 15.

“We need everyone to stay away from each other, no social gatherings, just shutting it down,” she said.

When it came time for other council members to share their opinions on the proposals, Councilman Risher Willard did not hold back.

“Folks, we’re going down a road I swear we don’t want to go down. You’re talking about fining people, this ain’t gonna fly. You have a 98.98% chance of not dying from COVID in Evans County. The risk is very small. We need to get on with our lives. If you wanna wear a mask, fine. But if we mandate this kind of stuff, where’s that gonna stop? Who’s going to call it all? Who’s going to say ‘we’re fine’? This will be going on for years. We need to stop this. That’s my opinion and if I have to wear a mask in here, you won’t see me back in here. I’m not wearing a mask.

So, I’m not sick. If I’m sick, I’m going to stay at home. If every asymptomatic person in the United States has to stay home, that’s ridiculous. Who’s going to determine that? This ought to make great fodder for the media. But I’m very adamant about that. If you are scared, stay home. Don’t impose that on everybody.  My freedom does not end where your fear begins. I will not wear a mask in this building. Ever. I’m not saying y’all don’t have to or want to. I’m not imposing that on y’all, but I will not. No place in Evans County. If I have to move, I’ll move.

Dangerous thing to go down some of these roads that are being discussed. Shelter in place? Not gonna work. Can’t enforce it. Let people get on with their lives.”

Councilwoman Lisa Perry said she agreed with Hagan, but was concerned over enforcement. “You can’t micromanage everybody every day. I was at a facility where literally as soon as your hand came off the door handle, somebody was wiping that down. We took precautions, I don’t know what else could have been done and it was still an issue. But I agree with you. The businesses have signs. You can’t expect the cashier to enforce it. People are offended if you say something.”

Mayor Branch said the city could mandate masks, but not enforce it and hope people will oblige.

“I’m not talking about taking it to the enforcement level. If you mandate a mask, that probably will get more people to wear a mask,” Branch said. “You don’t have to literally fine them or arrest them or give them a citation or anything like that. We’ve been soft selling, encouraging people to wear a mask. But I respect your opinion, Risher. Everyone has different thoughts about it, but at the same time, If you can encourage more people to wear more masks, I don’t know where it’s going to hurt and it possibly might help.”

“Not one thing that has been in Georgia or the United States has done one thing to slow or stop the virus. It is going to run its course and there is nothing we can do to stop it. Wearing a mask will only delay you getting it.

My Creator created me to breathe without a mask through my nose without a mask on. That’s how I’m going to break. If that means, I don’t need to come here, then so be it.”

Councilman Larry Anderson said whatever the city decides to do, he would like to see the county enact the same precautions and initiatives. To date, Evans Commissioners have not acted on mask mandates and are not slated to meet again until September.

No action was taken by council members Monday night, but they did direct City Attorney Bill Callaway to read the ordinance and come back to Council with their stance.

The City Attorney told council members that the Executive Order requires at least 1% of the population per 100,000 to test positive for COVID in the last 14 days before a mask mandate can be implemented and Evans County’s status of 91 new cases with only 11,000 residents puts them ‘well over’ the threshold. “We meet the threshold many times over 1%,” Callaway said. The Executive Order, however, requires 0.01%, not 1%.

You can listen to Willard’s comments in the 3 minute video below.