Bulloch Commissioners held the first public hearing Tuesday morning on the proposed 2020 millage rate which, unlike last year, would not include a rollback on the millage rate for property taxes.
County employees discussed in depth what will amount to a ‘nominal increase for some.’ 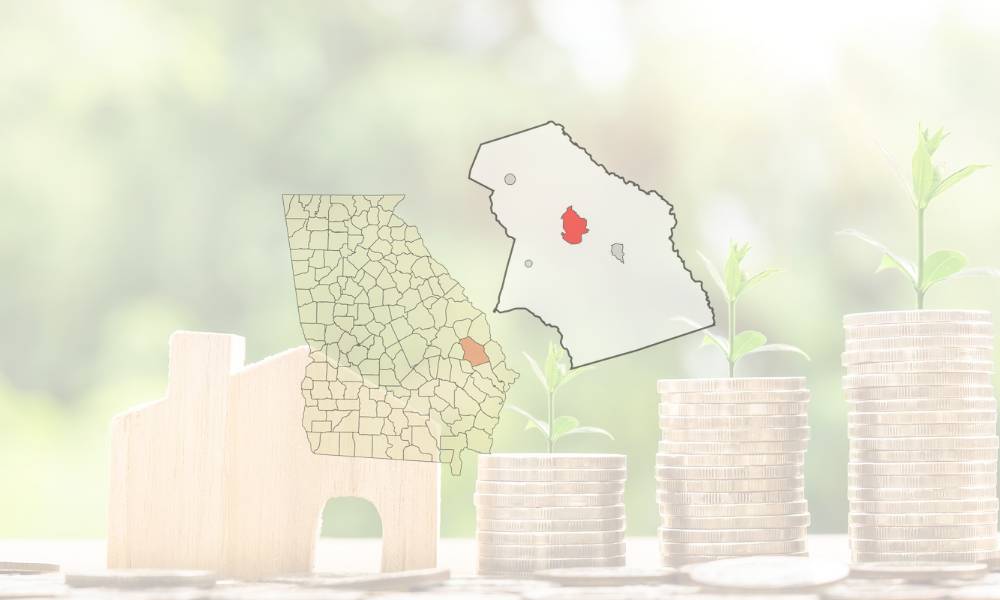 Bulloch Commissioners held the first public hearing Tuesday morning on the proposed 2020 millage rate which, unlike last year, would not include a rollback on the millage rate for property taxes.

County Manager Tom Couch presented to county officials at the regular commission meeting on a number of financial components that factored into the proposal to not roll back the millage rate. Couch and other finance department employees recommended commissioners hold the millage rate steady at the same millage rate as 2019. 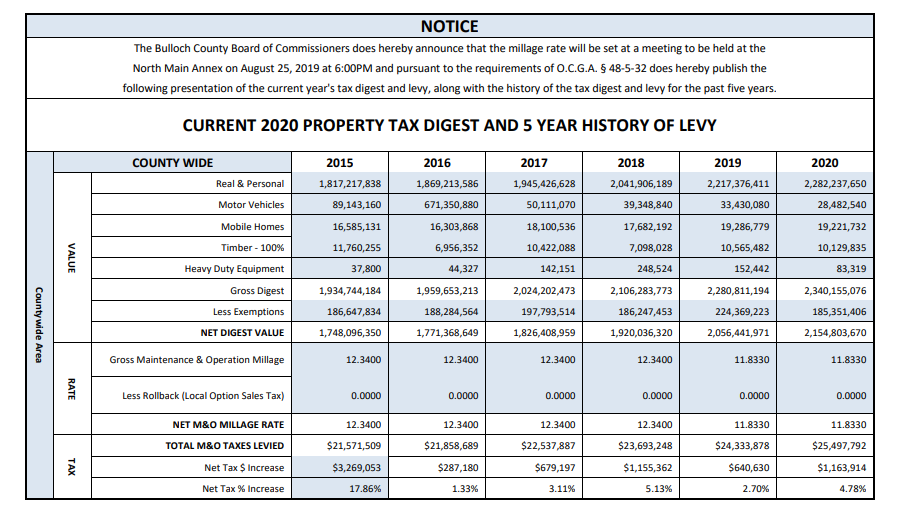 From a press release on the millage rate when the proposed rate was announced:

Pursuant to state law, for Bulloch County to legally claim it isn’t raising taxes for 2020, it would have to reduce the current millage rate of 11.833 mills to a rollback rate of 11.676 mills. The requirement to notify taxpayers that the decision not to rollback the millage rate must be represented as a tax increase is a distortionary statement. State law requires the tax increase notice to state that the 11.833 millage rate would cost an additional $9.42 for a taxpayer, whose home was worth $150,000 in 2020, depending on their use of a homestead exemption. If the millage rate remains the same, it will not impact individual homeowners as long as their assessment value does not change. If a homeowner has done nothing to raise the value of their property since last year they will see no increase in their tax bill. This is reflected by a notice of assessment that property owners recently received in the mail from the Tax Assessor’s office. It is more accurate to state that the millage rollback would save homeowners these amounts, rather than implying that they would pay more. (Read full press release here)

Couch referenced property values as “pre-COVID inflation on business properties and new construction which increased the value of the tax digest” as the reason some may see an increase, noting any decision not to rollback the millage rate would be nominal.

“For most people, it will be a small increase because they live in a ‘hot-selling neighborhood,” Couch said, reminding Commissioners of a half a mill roll back for tax year 2019.

“But this pandemic is real and it can threaten our financial position. We had less than 40 cases in June and now that number is north of 1,300. We predict a $2 million deficit without a rollback, which could occur next year. We haven’t changed any assumptions about the budget, offered no employee races, we have cut back on non-Covid expenses, but we are still uncertain how much COVID-19 expenses will occur.” Couch said unlike other local governments, like the City of Statesboro, the county does not receive utility funds to subsidize the General Fund.

Couch said he worries about rolling back the millage rate in 2020 and then suffering additionally through the pandemic and needing a larger tax increase down the road.

The budget for this year relies on some reserve fund spending due to the county’s COVID-19 response and the $2 million deficit prediction would be combined with a continued drop in revenue from economic stagnancy.

Chairman Roy Thompson said he contacted tax officials about the impact on landowners if the Commissioners opted not to roll back the millage rate. He said he was told that more than 21,000 parcels will not be impacted by the change and a rollback would save a homeowner $6.35 for every $100,000 of home value and $9.42 for a $150,000 home.

Thompson was the only Commissioner to share his own perspective Tuesday. “It is some money if we don’t roll back the millage rate, but a $2 million deficit is an issue for our county, for everyone.” No one from the public spoke on this matter during the meetings.

Commissioners will hold two more public hearings before the proposed millage rate is considered for a vote.  No action will be taken until August 25, 2020.

Claxton Councilman Unloads on Colleagues Over Proposed Mask Mandate, Return to Shelter in Place
Despite Public Urging, Bulloch Holds Off On Mask Mandate for Now
Posting....