The Claxton City Council heard details of their FY 2017 financial audit at Monday’s council meeting and while the letter grade has improved from two years ago – a ‘D’ – the auditor says there is still work to be done. 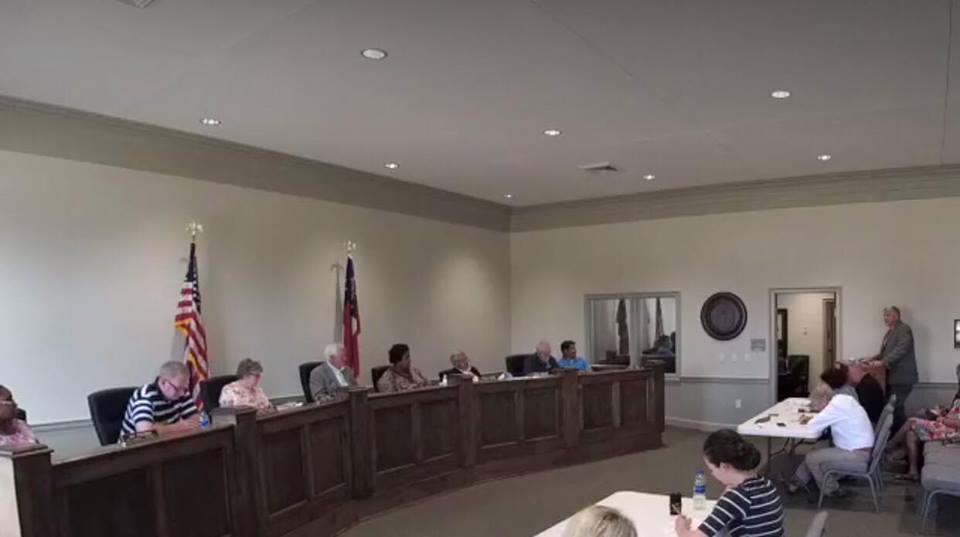 The Claxton City Council heard details of their FY 2017 financial audit at Monday’s council meeting and while the letter grade has improved from two years ago – a ‘D’ – the auditor says there is still work to be done.

CPA Richard Deal of Lanier, Deal, & Proctor, an accounting firm out of Statesboro, presented the audit page-by-page to the mayor and council Monday night. All members were present, as was the interim-city administrator, the city clerk, the city attorney, and two other internal employees.

The FY 2017 financial audit covered city business beginning July 1, 2016 and ending July 1, 2017. The audit was completed later than usual due to the a software changeover mid-year last year that complicated financial practices, Deal said. “It was a tough year,” he told council members.

Deal said the council was still spending more money than appropriated in the budget and no budget amendments were made. The audit notes that it “exceeded the legal level of control.”  In other words, expenditures were made without consideration on the effect of the budget. The City collected roughly $208,000 more in revenue than originally budgeted, mostly due to money collected for the airport projects and for hurricane relief. Similarly, the city’s expenditures were $276,000 over budget.

The City was notified of the deficiencies ahead of the council meeting and acknowledged the findings of the auditor. Many of the findings are said by the city to be resolved by the City Administrator going forward. Because the city council voted to assign the duties of the city administrator to the mayor, Mayor Terry Branch will be responsible for overseeing these financial practices.

Interim City Administrator Carter Crawford, whose term of employment expires at the end of the month, said the FY 2018 audi (July 1, 2017 thru June 30, 2018) will be “much better.” The audit for that year, however, will not be completed until the first of 2019 and the FY 2019 budget begins July 1, 2018 – just two weeks away. The timing can make it difficult to catch up on recurring errors.

But Deal said the City should seek to have 25% of the annual budget expenditures in the fund balance, or $650,000. Currently, the balance is $0.

Councilman Risher Willard asked Deal what letter grade he would give the city.

“Are you really asking me that?” Deal said, “I would have to still say a ‘C’. Hopefully we’ll see a lot of improvement.”

Deal has been conducting the audit for the last three fiscal years. His firm was brought in in light of troubled financial practices. In early 2016, Deal gave the city a ‘D’ grade on their financial stability and soundness.