The proclamation recently presented to Mr. Strange’s family stated a number of accomplishments. 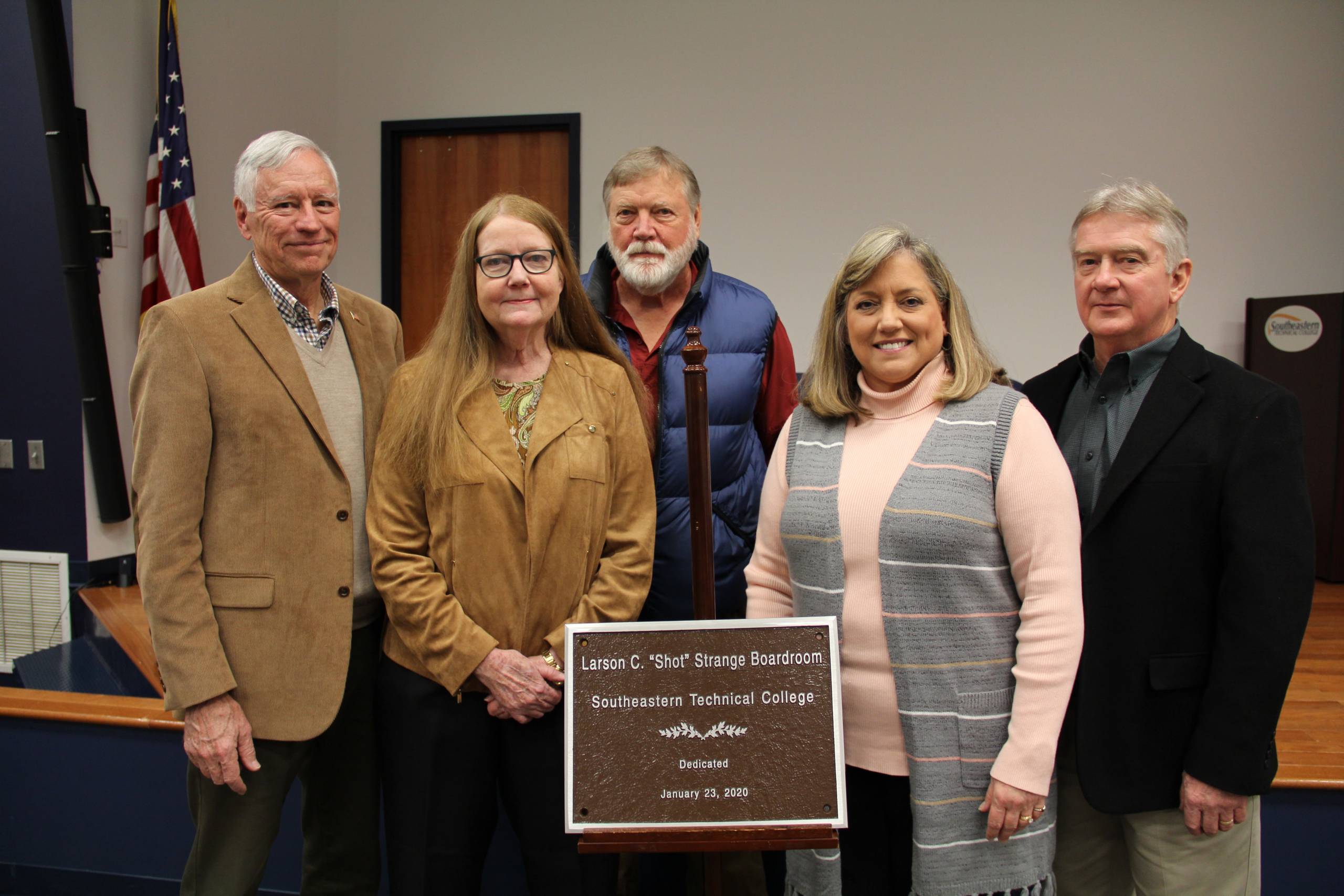 Southeastern Technical College (STC) recently held a dedication ceremony of the Swainsboro campus boardroom, named in honor of Mr. Larson C. “Shot” Strange, for his leadership, guidance, and vision as a Trustee of the STC Foundation.

“We express our sincerest appreciation for his exemplary commitment and devotion to the College. Mr. Strange served as a dedicated Trustee of the STC Foundation for 23 years. Over the years, he generously donated his time, property, and financial resources to the College and the Foundation,” said Blythe Wilcox, Executive Director of Institutional Advancement.

The dedication and reception was held on Thursday, January 23 in the Maurice Boatwright Auditorium on STC’s Swainsboro Campus.

Mr. Larry Calhoun, President of Southeastern Technical College, referenced, “an outstanding article in the 2018 edition of the Emanuel County Living Magazine about Mr. Strange.” John Terwilliger, who worked with Strange for 19 years and had a front row seat for many of his endeavors noted, “He was the most civic-minded person that I’ve known. He was devoted and committed and never let anything deter him.”

“Mr. Strange supported STC through the years. He served on the foundation Board of Trustees for many years and not only did he raise a lot of money for STC, he gave generously of his own resources. From establishing a scholarship endowment to providing a wonderful location for our annual BBQ for 38 years and legislative luncheon to writing articles and doing interviews, his support was incredible,” said Larry Calhoun.

In attendance were Mr. Strange’s daughters and sons-in-law, Vicky and Donald Moore and Lacey and Perry Bishop.