Glynn County voters won’t be casting ballots to decide whether or not the Glynn County Police Department should carry on in existence after a judge ruled that the referendum was unconstitutional. 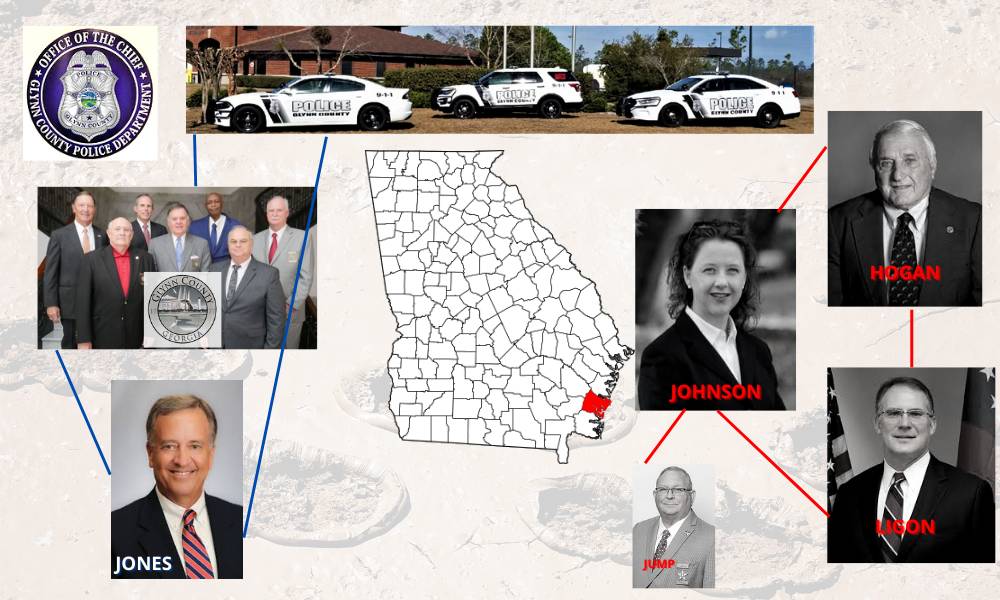 Glynn County voters won’t be casting ballots to decide whether or not the Glynn County Police Department should carry on in existence after a judge ruled that the referendum was unconstitutional.

Atlantic Judicial Circuit Judge Charles Rose Jr., a circuit adjoining the Brunswick Judicial Circuit, issued the ruling last week alongside an injunction to keep the referendum off the ballot this coming November.

The case came about after the Georgia legislature approved SB 38, allowing the state to abolish a county police department if the voters choose to do so, and SB 509, which contained the wording of a binding referendum on abolishing the Glynn County Police Department and transferring the agency’s operations and assets to the Glynn County sheriff, in June of this year. The referendum idea was sparked by Brunswick Judicial Circuit District Attorney Jackie Johnson who brought the matter before a grand jury in 2018 in hopes of garnering a recommendation to place the issue on the ballot for voters to decide. After the grand jury made an affirmative recommendation, Johnson advocated for state lawmakers – including Senator William Ligon and Rep. Don Hogan – to act. Outgoing State Representative Jeff Jones was the sole ‘NO’ vote from the Glynn County delegation.

Johnson’s advocacy for elimination of the police department has been criticized as ‘political’ and while state lawmakers capitalized on the Ahmaud Arbery case as justification to shuffle the legislative initiative through the General Assembly, the issue has been hotly contested in the Glynn County community since the get-go. The divide has only been exacerbated by the negative publicity that continues to plague the tenure and re-election of D.A. Jackie Johnson – the target of numerous conflict of interest allegations, a GBI investigation, a DOJ investigation, and an inquiry by the Georgia Attorney General’s office all within the last six months in the wake of the Arbery case. Johnson is also under fire for initiating a case and appointing her own special prosecutor in which she has sought to prosecute four current and former Glynn County PD employees for offenses that are not criminal in nature.  Johnson has threatened legal action against those who have spoken against the actions of her office, including Glynn County Commissioners.

The Glynn County Board of Commissioners filed a lawsuit seeking to halt the referendum after Governor Kemp signed SB 38 and SB 509 into law last month. The county’s point of contention was not the existence of the police department, but the manner in which the state sought to eliminate it. “This lawsuit does not seek to litigate any question related to the merits of abolishing the Glynn County Police Department, or the reasons that motivated the passage and enactment of these bills. This lawsuit also does not seek to question the ability of the current Sheriff to provide law enforcement services in Glynn County.”

The county also challenged the state’s timing for notification to place the issue on the ballot, saying it did not meet the 90-day window requirement as prescribed by law and, as reported by the Brunswick News:

Also at issue was the matter of transferring assets from the GCPD to the Glynn County Sheriff’s Office. The referendum called for the county to turn over all police assets to the sheriff’s office if the vote passed, but attorneys for the county argued state legislators — per Georgia law — had no right to force the local government to surrender its property to another agency.

Judge Rose agreed and ruled against the Glynn County Board of Elections and the Georgia Secretary of State’s Office.

“The county has prevailed and we felt very confident that we would,” Glynn County Commission Vice Chairman Bill Brunson told The Brunswick News.

The Glynn County Board of Elections told local news outlets that it would not be appealing the decision since absentee ballots will be mailed out beginning Tuesday. The Georgia Secretary of State’s Office has not commented on the matter.