Two defendants are also under indictment on state charges for a 2018 murder of a suspected co-conspirator who was beaten and suffocated before buried in a shallow grave. 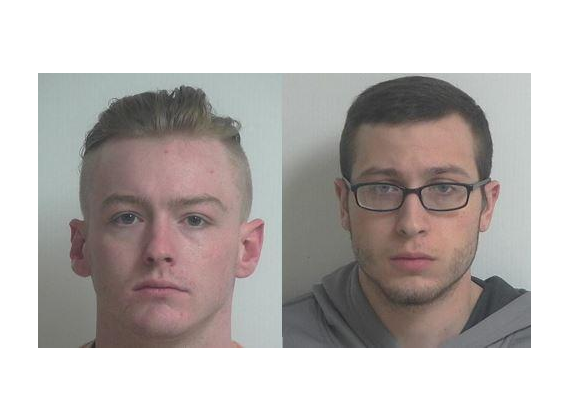 Two defendants also under indictment on state charges for murder

Five men and a woman have been indicted in federal court, charged with operating a wide-ranging drug conspiracy that included mass production of pills and possession with intent to distribute a powerful synthetic opioid.

As outlined in the six-count indictment in U.S. District Court and from testimony in court proceedings, six defendants are accused of participating in a drug conspiracy dating back to 2016 that imported large amounts of drugs purchased with cryptocurrency on the dark web, used industrial-grade machinery to manufacture pills and sold the drugs on the dark web and throughout Georgia, said United States Attorney for the Southern District of Georgia Bobby L. Christine. Two of those charged in the indictment also are charged with felony murder in Walton County, Ga., in the beating and suffocation death of a suspected co-conspirator.

Charged in the indictment are:

Each of the defendants, if convicted, also would be subject to substantial fines and terms of supervised release after completion of any prison sentences. There is no parole in the federal system.

According to the indictment, and from testimony delivered in court proceedings, Forrester first came to the attention of the U.S. Drug Enforcement Administration around September 2017 after he purchased an industrial-grade pill press. Two months later, Forrester, Watters and a juvenile were arrested on state charges in Harlem, Ga., in November 2017 after a traffic stop in which Harlem police officers found more than 5,200 counterfeit Xanax pills, marijuana and a sawed-off shotgun in the vehicle.

In addition to pill presses, investigators allege Forrester also purchased punch dies used to create counterfeit Xanax pills, alprazolam as the main ingredient, and binding agents to manufacture tens of thousands of pills per month. The illicit ingredients were purchased on the dark web using cryptocurrency, with the counterfeit Xanax likewise sold on the dark web or through conventional illegal drug distribution channels.

The conspirators moved the four pill presses to various locations in the Southern, Northern and Middle Districts of Georgia to avoid detection, and at one point, began manufacturing and selling synthetic heroin using fentanyl and the more-powerful carfentanil. Overton, who is alleged to have housed one of the pill presses at his Harlem home in return for drugs, was briefly hospitalized during the investigation after overdosing on the synthetic opioids.

In addition to charges in the drug conspiracy, Watters and Lester also face state charges in Walton County of felony murder and aggravated assault in the death of Chase David Loffler, 25, whose body was found buried in the backyard of Lester’s Loganville home in April 2018. The two are accused of beating and suffocating Loffler, a suspected co-conspirator, and burying his body in a shallow grave.

“Synthetic opioids, fentanyl and counterfeit pills continue to be a threat in our communities, and DEA is committed to working with all our law enforcement partners in targeting organizations and individuals that produce and distribute this poison,” said DEA Atlanta Division Special Agent in Charge Robert J. Murphy.

“This case highlights the growing threat of drug trafficking and its associated violent crime fueled by cyber technology,” said U.S. Attorney Christine. “Our federal, state and local law enforcement agencies will continue to overcome these challenges, however, and bring to justice anyone who would distribute poison in our communities.”

“Opioid abuse is a crisis in our communities and we will continue to be committed to targeting those who compound the problem,” said FBI Atlanta Special Agent in Charge Chris Hacker. “This case is an example of what can be accomplished when federal, state and local law enforcement agencies and their resources are combined to fight this national trend.”

“Illegal opioid production and distribution, whether online or through conventional drug distribution methods, is contributing to the public health emergency of the opioid addiction crisis that has ripped apart families and communities,” said FDA Associate Commissioner for Regulatory Affairs Melinda K. Plaisier. “The FDA will continue to work with our law enforcement partners to aggressively pursue and bring to justice those who threaten the health and safety of Americans consumers.”

“American communities are being ravaged by a steady influx of illegal and deadly narcotics smuggled into the U.S.; chief amongst them heroin and the synthetic opioid fentanyl,” said HSI Atlanta Special Agent in Charge Nick S. Annan. “HSI is firmly committed to targeting the illegal import and sale of opioids, following the money trails and leveraging our transnational partnerships to stop criminal networks and prevent the opioid crisis from spreading.”

“This is just a small piece of the puzzle in a growing opioid and pill mill problem in the state of Georgia,” said Special Agent in Charge Thomas J. Holloman, IRS-Criminal Investigations for the Atlanta Field Office. “This scheme involved cryptocurrency and the dark web. It also involved other alleged criminal activity touching all three judicial districts within Georgia as those involved showed the lengths they were willing to go to commit various crimes. We will continue to work with our law enforcement partners in following the money in an effort to dismantle illegal pill mill operations in our state.”

An indictment contains only charges. Defendants are presumed innocent unless and until proven guilty.

This is a press release from the DEA