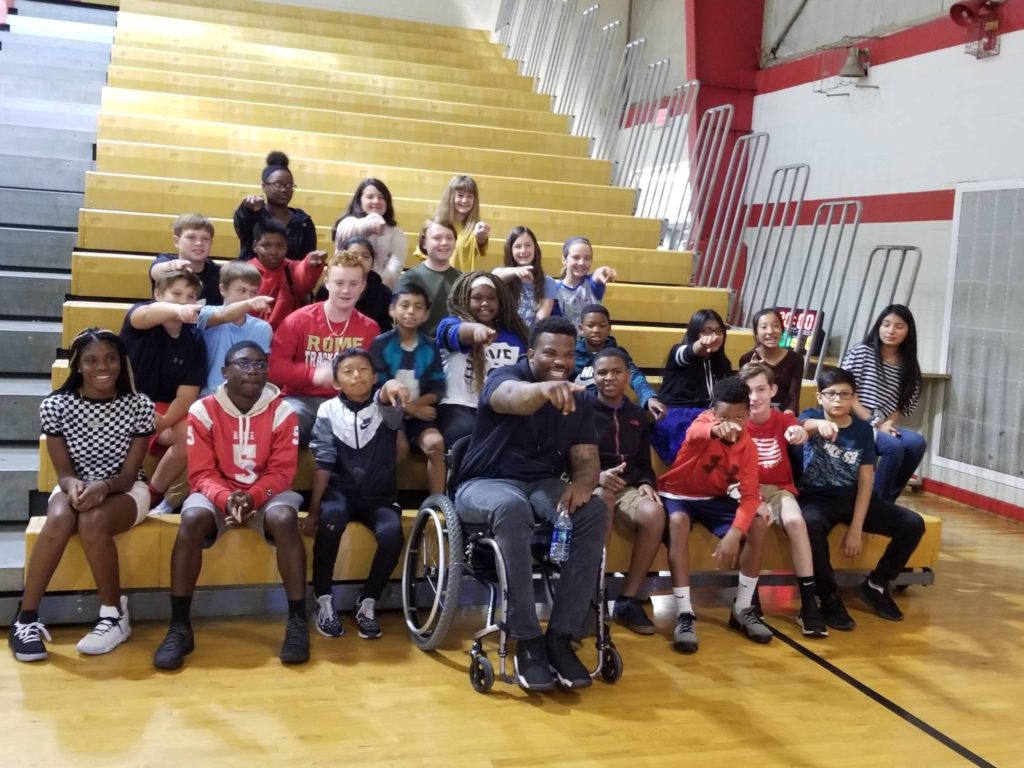 On Thursday, August 29, students at Rome Middle School gathered inside the gymnasium and waited to hear from Growing Leaders Organization speaker, Timothy Alexander.

“Timothy’s presentation kick-starts the middle school’s third year with Habitudes, a program designed to use images to teach the habits and attitudes of leaders to youth,” explained Dr. Christy Epps, Assistant Principal at Rome Middle School, “Timothy has a story filled with adversity, but with a positive attitude and resiliency, he was able to turn it into a story of success.”

As students rounded the corners, Alexander was waiting to shake some of their hands, greeting them a good morning and a quick pep talk as they took their seats. It wasn’t long, however, until he had them up and dancing to a tune, breaking the ice for a phenomenal presentation.

Alexander serves as the character coach for the University of Alabama at Birmingham’s Football and Women’s Basketball team. During his free time, Alexander travels across the country sharing his story.

Alexander was a five-star athlete during his high school years, but a car accident left him paralyzed from the waist down, leaving him to wonder what was left for him in life. This set-back served as a catalyst for Alexander, who took his tragedy and turned it into motivation. 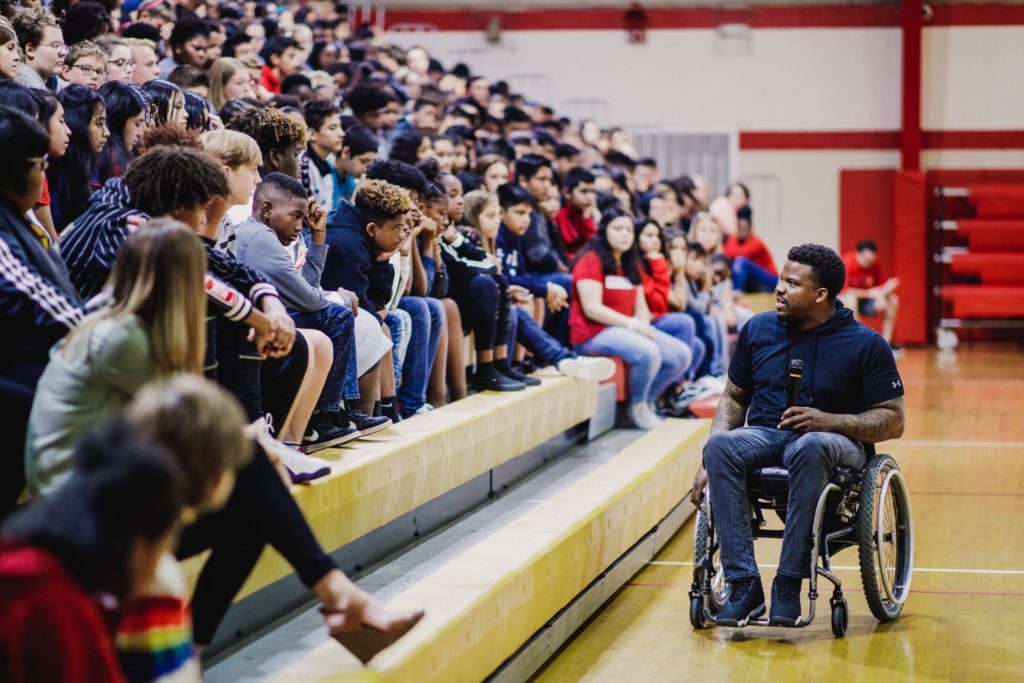 “It’s not about what you go through, it’s what you grow through,” explained Alexander. “I was able to bounce back from what I thought was the end of my life, because I set the tone in my mind.”

Before ending his presentation, Alexander asked the crowd this: “What is it that you want to achieve right now?” Hands shot up in the air as each middle school student shared their goals.

“Timothy challenged our students to have a story of success,” said Dr. Epps. “I truly think the students responded to Timothy’s story because they waited in lines to share their challenges with Timothy and hear a personalized message of encouragement after the presentation. Students also waited in line to take pictures with him, and many gathered around him as he continued his message at a cafeteria table during the lunch block. Timothy’s impact at Rome Middle School was amazing and we can’t thank him enough for coming out to share his story with us.”

To learn more about Timothy’s story, visit the Growing Leaders website at: https://growingleaders.com/about/keynote-speakers/timothy-alexander/