Through the Years in Evans County: Mr. Allen Threatte 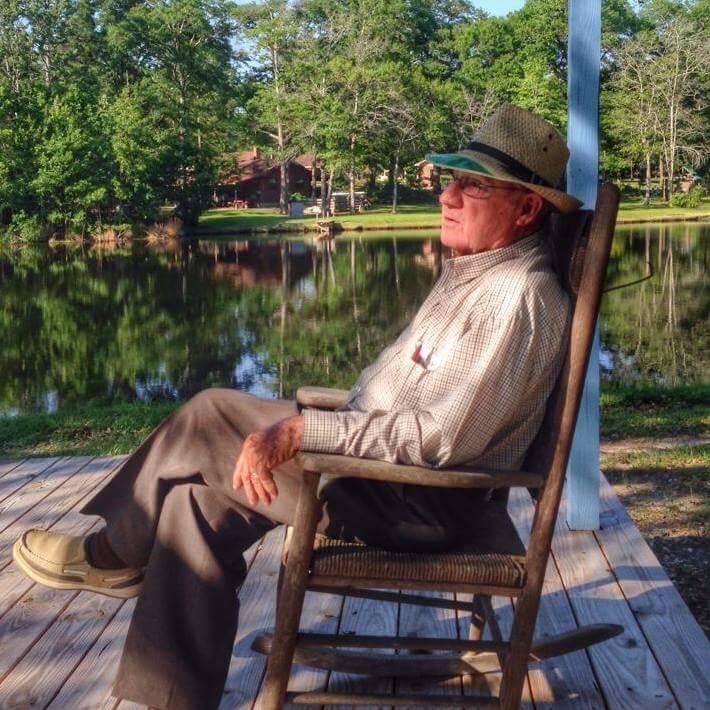 The following article is a feature piece on Mr. Allen Threatte, and his family, of Hagan, Georgia. The subparagraphs separated out in italics are excerpts from stories penned by Mr. Allen and shared with AllOnGeorgia.

In the center of Evans County in the heart of the City of Hagan is the family home of Allen and Bennie Threatte. The pair, who has lived in Evans County their entire lives, built professional careers in the county, and raised their family in the same 5 mile radius, share and remember more memories on Evans County than most younger people will ever have the opportunity to build.

“My Grandfather Bedford Threatte bought the farm on Bill Hodge Road, south of Hagan, Ga. when my father was 12 years old. He moved there, and He and Alice gave birth to 8 children of who 3 died at birth or shortly after. It was a good small farm and we have enjoyed many great days and made many memories that linger with me until today…Honesty was a way of life and a code we lived by and with.“

Mr. Allen Threatte and his lifelong sweetheart, Bennie Thompson Threatte, met when he was 16 and she was 13, but her mother would not allow her to date.

I asked [my friend] Ronald who she was and he told me that she was sister to one of my classmates and her name was Bennie Thompson. I told Ronald then and there that “I’m going to marry that girl”.”

Allen joined the military in 1952 and while he served for a total of eight years, he returned home after two years and the pair decided they would get married. With Allen being 20 and Bennie being 17, they tried to go to South Carolina to get married,  but were told they had to wait 24 hours, so they returned to the Peach State. They sent their blood tests off and on the last day before Allen had to return to base, the paperwork returned so they went to the Justice of the Peace at the courthouse in Claxton to get married. “I drove from there to 301 where the red light is and caught my ride and went back to Aberdeen, Maryland.” 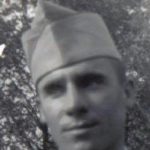 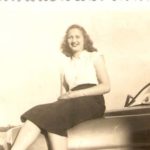 No honeymoon, not even a celebratory meal. That was in 1954 and while Allen was in both Germany and France, he and Bennie penned letters to each other nearly every day. Of course, mail was delivered by ship, so there were times when he would receive four or five letters at one time, and others when a week would lag between the two. “I’d think ‘Oh she’s left me, and she’d think the same, but we kept writing every day.”

After coming into New York Harbor, taking a bus to Fort Jackson in Columbia, South Carolina, and a week-long discharge process that ended with another bus to Savannah and then one to Claxton, no one even knew he was home. He passed the feed store in Claxton and saw his dad’s vehicle, so he stopped the bus to surprise him and his mother. “They knew I was on the way, but they didn’t know when I would get there.”

Among those surprised, of course, was Bennie. While Allen was deployed, she had moved with her family to Fort Myers, Florida but was unhappy there and had only recently moved back to Evans County to prepare an apartment for Allen’s return. Bennie was still in school when he returned, so he headed over to the school, knocked on her door, and asked the teacher to tell Bennie he was home.

A unique story from his time in the military? Allen said he lost his billfold while he was serving overseas and some ten years after he made it back home, someone found his wallet in an old military building attic. It seems someone had taken the wallet and thrown it up there in hopes of it not being found. It was mailed to him all those years later.

Allen worked as a carpenter while he was in high school and then again when he returned home before starting his own company in 1963. It’s the only trade he’s ever had and the only industry in which he’s worked.

Allen and Bennie had their first son, Joey, in 1957, followed by Sharese, Greg, Selina, and Yolanda, all of whom were born at the Griffin House, which was formerly the hospital. The full 9-month cost of having a child back then was $1,250 and because Evans County didn’t have ambulances at the time, Bennie and each child was brought home in a hearse. Bennie, Allen says, washed cloth diapers for 10 years straight. They briefly lived in Bellville before moving to their forever home in Hagan.

During our time together, Mr. Allen reminscined on his childhood, too, talking about the journey to Hinesville by horse and buggy and the trials and tribulations that accompanied the half-day journey. He said everyone would gather at the filling stations, sometimes 50 people at a time, because there was a radio and they would listen to the Grand Ol Opry. “But times have changed,” he sighed in telling his story.

We talked about ‘small town life, too. “I thought it was big,” he said. “We lived in the country, the only time we saw town, we were one of the only towns in the area to have a movie theatre – where he could get an apple pie for a nickel, a cola for a nickel, and a movie ticket for $0.15.”

“Amazing – out of a 500 lb. bale of cotton, factories could make 215 pair of jeans or 249 bed sheets or 490 men’s shirts or 1275 T shirts. When the cotton gin processed the cotton they would process, bale and ship for the farmer and keep the seed for the cost of ginning.”

His first car, which he purchased in 1951, was a 1946 Ford he paid $300 to make his own. He had saved his money from working odd jobs as a teen and paid $150 up front, with the remaining through the end of the first year. He didn’t have to pay interest, either.

Allen talked about the rise in costs all those decades ago, elaborating to say that the light bill was $12/month, the grocery bill was under $50/month, and the water bill came in around $1/month. In reminiscing on the thoroughfare of 301, Allen says there were a number of drugstores, several hotels, five or six different grocery stores, and a number of clothing stores. “Almost anything you could imagine.” The business landscape was much different. “Hagan was a thriving little metropolis,” he said. “We had a funeral home, a bank in Hagan, one of the biggest sawmills in this part of the country, almost everything right here.”

In talking about the newspaper back then, Allen said it mostly included personal stories and news about various visits and gatherings around the county. “That’s all it was really,” he said. Much like today, it did not contain much state and national news, only local, and took highlights that were printed somewhere else. So how did he get that news? Mostly through the radio, which they listened to at night.

The house the pair raised their family in and still reside in today was built almost entirely by Allen himself 55 years ago…for $12,000. He wasn’t able to borrow money from the bank, so he borrowed it from a member in the community. Allen worked at night and on Saturdays for several months before he had people join him to raise the walls up and prepare it for the roof. Bennie would bring him dinner late at night as he worked, while they still lived in Bellville, before he’d rest and work 10 hours a day at his day job. The house took three months to build and eight years to pay off.

“We lived really tight. We didn’t go anywhere, we didn’t do anything,” he said of their fiscal responsibility.

Allen spent time serving on the Hagan City Council and said he always tried to give back to the community when he could, helping with the church and around town. He’s voted in every election, too – even when he was living overseas in the military. He’s a self-proclaimed patriot with the history of action to back it up.

Now, with five children spread around and enough grandchildren and great-grand children

to fill the home with lots of laughter and joy, Allen and Bennie spend their time documenting their memories of upbringing, family, and so much more. Allen has penned a number of short stories on his life in Evans County, many of which he was kind enough to share. They still attend Rehoboth Missionary Baptist Church in Evans County, of which Allen’s great-grandfather was a charter member of.

“I’ve lived a good life, I’ve enjoyed it, and I wouldn’t change very much of it,” he said.

Allen and his oldest son, Joey, and a few other family members have taken a deep interest in genealogy and ancestry. His other son, Greg, has taken an interest in preserving the older homes and property that’s been in the family for years. And 2019 marks 100 years of land ownership by the Threatte family in Evans County, though the family ancestry goes back to when that part of Evans County was still part of Tattnall County. That’s another aspect of his short stories that he’s chronicled.

In his free time, when he’s not writing or studying the history of his family, Allen works on the 1946 Ford he’s been restoring, just like the one he had when he was young.

“Our health is fair to cloudy but looking forward to many years more of God’s mercy, grace and compassion. Life is good for this old country boy and his sweetheart.”