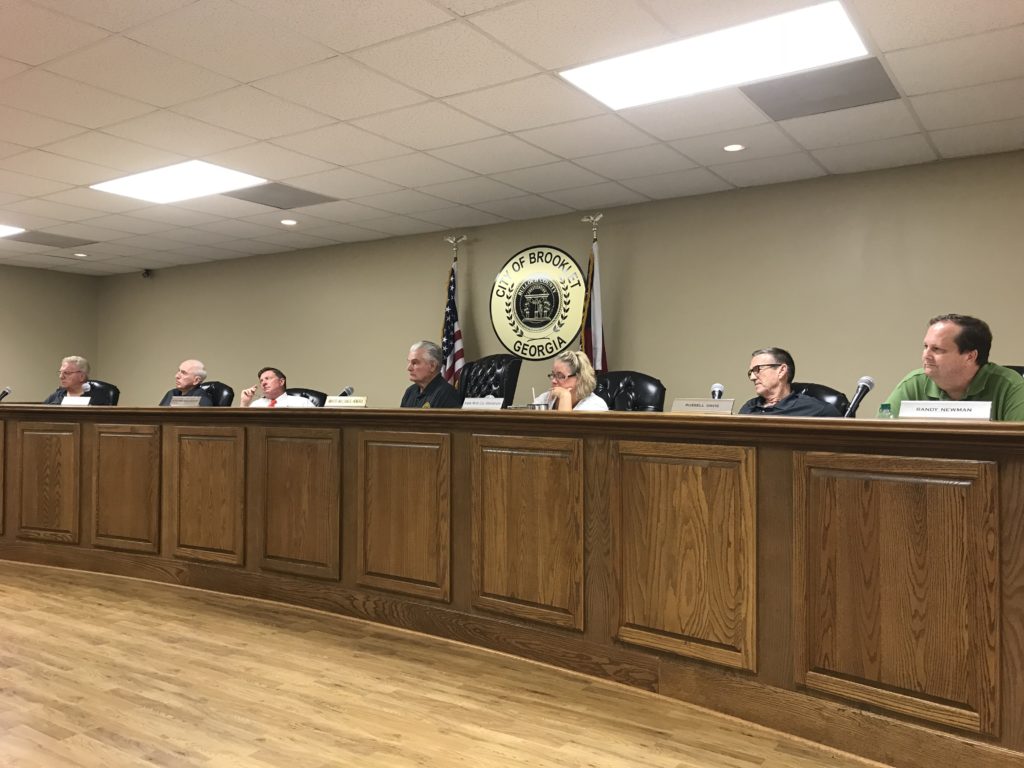 The Brooklet City Council met Thursday night for their July meeting. The room was standing room only and former police chief Lawrence Norville Douglas Meyer III and former Sgt John Baker were both in attendance.

Holli Deal Saxon from the Statesboro Herald asked why it was done in executive session and not in the public for the appeal. Hunter said he and the attorney for the officers came to mutual agreement to resolve it without an appeal.

The status of voluntary resignations with the Peace Officer Standards and Training Council (POST) means there is no reprimand or investigation by POST, though if one was already launched by the state entity, it may still be completed.

The officers had previously been indefinitely suspended without pay during a June special-called meeting related to a series of incidents that led to complaints by citizens. The investigation into Dutton and Rogers, as well as other former Brooklet PD employees, is ongoing by both the Georgia Bureau of Investigation and other agencies.

Councilman Randy Newman also made a motion to rescind the POST reprimand of former interim chief Brian Mundy. At the previous meeting, Council voted 4-0 to contact POST and change the status of Mundy from “resigned,” to “resignation ineligible for rehire.” Councilman Greg Schlierf told members of council that he wanted to retroactively change the status of Mundy because Mundy filled an Open Records Request to AllOnGeorgia. Councilman Russell Davis was not present at the meeting for the reprimand on Mundy.

Schlierf maintained that Mundy was not permitted to speak to the press without express permission, though the Open Records Request was filled in compliance with state law. During the meeting, Schlierf said that act was “not retaliation,” but citizens were outraged by the actions of the council.

Newman told council members, ahead of the vote to rescind the change of Mundy’s status on Thursday, that Mundy had not signed the personnel policy, so it was not clear that he was aware of the restrictions. After the vote, Councilman Davis said “[the vote to reprimand] never should have happened in the first place.”

Matt Lynn, a former Brooklet resident and police officer, spoke out against the council on a Thursday night for the initial reprimand of Mundy, saying Mundy was among the most “upstanding people to ever wear a badge.” He told council he was glad to see they reversed the decision.

A family member of a council member Randy Newman interrupted another commenter to shout that the city needed to “move on.” Other citizens in attendance began yelling that no one was going to “get over it,” and that the issues were still present because Doug Meyer was still being paid, documents are still missing, and investigations are still ongoing.

City Administrator Angela Wirth told a packed room that no documents or videos were missing, with the exception of “three complaints,” and criticized “journalists” for saying city documents are missing. AllOnGeorgia still has partial Open Records Requests that were partially filled and the body camera files provided to AllOnGeorgia show several partial and missing incidents.