A call for a boycott of a Tattnall County business made by a Glennville City Councilman on Monday ignited the internet, but an incident report on file with the Tattnall County Sheriff’s Office tells a story which has no involvement of the local business. 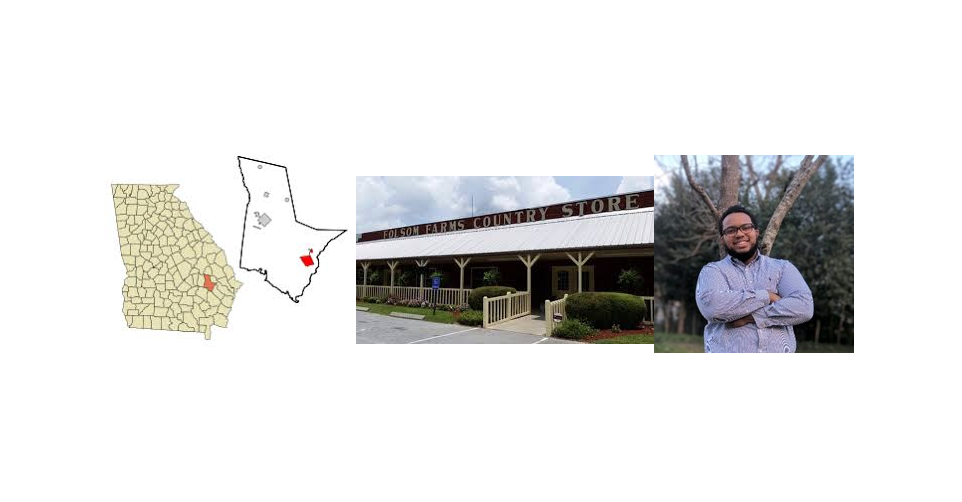 A call for a boycott of a Tattnall County business made by a Glennville City Councilman on Monday ignited the internet, but an incident report on file with the Tattnall County Sheriff’s Office tells a story which has no involvement of the local business.

Councilman Micah King made the post  Monday evening, alleging that a black female had a gun drawn on her while she was delivering mail to Folsom Farms Restaurant on Monday afternoon. On his personal page, King (whose personal page is under Micah Meshach) said “As a concerned citizen and by virtue of the seat I was elected to hold, I must speak on and call for justice in all situations not just ones that I feel will be high profile or less controversial than others.” King said the justification for the drawing of a firearm was because of ‘speculation’ by the owner and alleged it was racially motivated.

King then called for a “COMPLETE boycott of Folsom Farms restaurant” and sought help in organizing a protest in front of the restaurant.

But the incident report on file with the Tattnall County Sheriff’s Office, which details the events according to the female postal worker, shows an alternate location for the incident and makes no reference to the incident occurring AT The Farmhouse as outlined in King’s 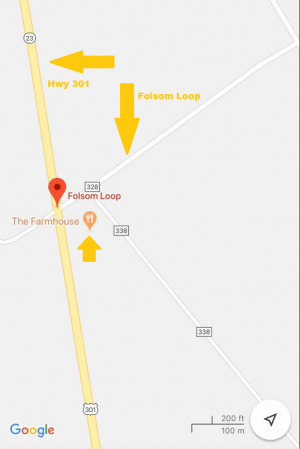 post. Folsom Farmhouse Restaurant has a listed address on Highway 301 South while the incident location occurred at a private residence on Folsom Loop.

Additionally, while the man named in the report is a Folsom family member, he is not the owner of the restaurant and has no affiliation with the restaurant operations. The Folsom noted in the incident report works in heavy construction.

According to the incident report, a deputy was dispatched to the Glennville Police Department just before 8:00 p.m. Monday night in reference to a report of an incident involving a gun being pointed at a mail carrier. The deputy met with the victim, Jocelyn Bradley, who told the deputy about the incident, citing the last name of the man and the address on Folsom Loop.

Bradley told the deputy that she believed the man, listed as Jeffrey Folsom, was owner of the Farmhouse Restaurant. The incident report says Bradley “was in performance of her official duties as mail carrier and that her vehicle was clearly marked as such in addition to her United States Postal Service apparel that she was wearing at the time. Mrs. Bradley advised that she was retrieving packages from the passenger side back seat of the vehicle when she heard a click, and she looked up to Mr. Folsom pointing a black handgun at her. Mr.s Bradley advised that Mr. Folsom did eventually lower the weapon and apologize before she left the resident. [She] stated that she was not injured, but that she was “shaken and upset.” The victim’s account to the deputy does not mention race.

The report also indicates that Jocelyn Bradley was not the complainant but her father-in-law, Raymond Bradley, was.

AllOnGeorgia spoke to Jeffrey Folsom Tuesday and he said the incident had nothing to do with race. “The mail was running late Monday, it was after 6:00 p.m. and a vehicle I didn’t recognize pulled in around to the back of my house,” Folsom said, explaining the mail usually arrives between 3:30 p.m. and 4:00 p.m. He said he couldn’t tell who got out of the car and could only see the vehicle from where he was standing. That’s when he saw Bradley, who identified herself as a USPS worker. Folsom said he apologized immediately and told her he didn’t know she was coming to the back side of the house. He says Bradley told him it was because of his dogs, which Folsom said he understood.

In detailing his story, Folsom said, “I’ve had some things stolen off my property, a few years ago, my mother’s house was broken into at gunpoint. I’m going to be prepared. If you’re on my property unannounced, I’m going to have a gun. I’m exercising my constitutional right to defend my property. Had I known it was a US Postal worker, I would not have pointed a gun at her.”

The post by King has negatively impacted the business with members in the community perpetuating the calls for a boycott while simultaneously offering negative reviews and feedback of the restaurant. Others have noted that Folsom is not affiliated with the restaurant, but still want a boycott until the restaurant makes a statement.

The Tattnall County Sheriff’s Office said Monday that due to the involvement of the postal worker while on-duty, the U.S. Postal Inspector has taken over the investigation. This is a decision that comes from USPS and not TCSO. The turnover, however, is not indicative of wrongdoing or forthcoming charges for any person involved. It is merely standard due to the nature of the USPS jurisdiction.