Guyton Officials: Getting Flagged for Violating the Law is “Not the Worst Consequence”

In addition to seeking legal opinions on matters of city business, the City of Guyton has been using its contract with the city attorney to provide official opinions on news articles published about the city for presentation at city council meetings. 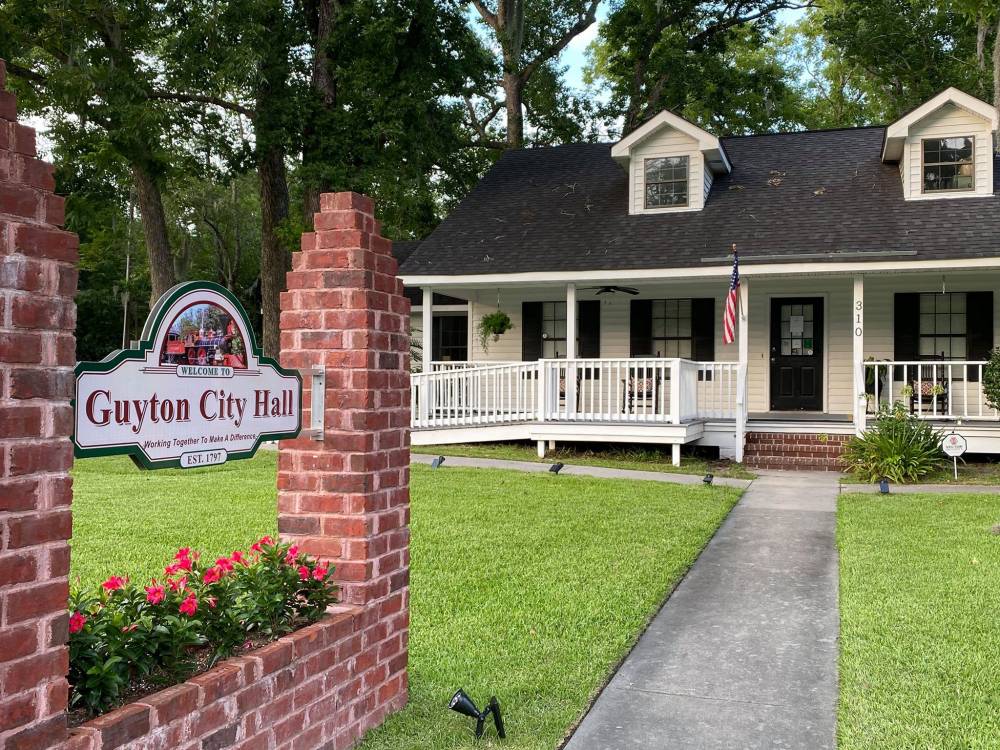 In addition to seeking legal opinions on matters of city business, the City of Guyton has been using its contract with the city attorney to provide official opinions on news articles published about the city for presentation at city council meetings.

Ahead of the November city council meeting, AllOnGeorgia published an article titled ‘Guyton Council Agenda Suggests Illegal Use of SPLOST Dollars for Prison Labor.’ In it were details of how the City of Guyton was slated to approve two agenda items ahead of the meeting that evening: one for a contract with Effingham County for a full-time Effingham County Correctional Institution prison supervisor, plus 8-12 day laborers and a second item to use SPLOST dollars to pay for the contract with the county. The article implied that such a use would be improper, citing references to Georgia Municipal Association (GMA) publications, pamphlets from the Association of County Commissioners of Georgia (ACCG), Georgia law, and two city managers in other towns who were consulted on the agenda item.

The article prompted city officials to contact the city attorney, Ben Perkins, a litigation attorney and partner at Oliver Maner in Savannah, to prepare a monologue response for that evening.

During the meeting, City Manager Bill Sawyer deferred to Perkins for his opinion on ‘an article he became aware of on a website’ earlier in the day – which did not appear as an agenda item for the council meeting.

Reading from a small notepad piece of paper, Perkins pontificated on how ‘surprised’ he was to learn that the article ‘implied an impropriety.’ He was selective in his references to the article, raising concerns about statements in part without providing context or sources, and repeatedly referencing ‘labor’ for the project, yet the contract he took part in drafting references only ‘salary’ and other benefits for the prison supervisor – not labor.

Perkins also said he inquired as to whether ‘those tasks’ were on the project list. Neither the contract set for approval by council nor the agenda item of ‘SPLOST funds to pay for prison labor’ details any particular tasks. He said it was ‘confirmed that roads, streets, bridge purposes are among the capital outlay projects that are among the SPLOST list.’

Of importance is to note that prison laborers are not compensated at all, only the supervisor is by way of a salary through Effingham County, and the supervisor does not do laborious work.

But prison labor is not on the list. Neither is the salary for a prison supervisor. In fact, Open Records Requests fulfilled since the meeting revealed that the City of Guyton does not even have a current SPLOST project list. Placing blame at the feet of the previous administrations, city officials effectively recreated a SPLOST project list for 2020 and forward. Furthermore, while the city does not have a listed as approved by voters and readily available for public review as required by law, it has continued to expend money from the SPLOST account throughout the year.

In email on November 23, Mayor Deen said “The city will publish a list of 2020 projects in the newspaper and on the website. This list will account for all funds spent out of the SPLOST account this year. The city has no intent to create a list of projects earlier than 2020.” The list, however, is supposed to be compiled and published for public review before the money is spent, not after.

Which list Perkins used to confirm the city’s legitimacy for use of funds remains unknown almost 30 days since the announcement, unless he is referencing the list the city is creating retroactively.

Interestingly, in presenting to council, Perkins also quoted the Georgia Municipal Association, saying he spoke with them and they said as long as it was documented, it was fine. He did not mention what he specifically asked them, as even in his presentation, he routinely altered the scope of what the city was seeking to do.

Perkins cited the Georgia statute under OCGA, which he said ‘the author seemed to overlook,’ even though the complete statute was not only referenced, but also linked more than once in the article that prompted Perkins’ monologue. In reading the statute by his own account ‘in part,’ Perkins listed a number of purposes for which SPLOST dollars can be used – none of which include maintenance. Perkins never mentioned that SPLOST dollars are not permitted, under any circumstances, for maintenance either.

Perkins also refuted assertions that purchases of shovels and other small tools for use by prisoners should not be purchased with SPLOST dollars, saying it was actually acceptable.

Rincon, for instance, uses the General Fund to pay for small equipment, as outlined in the FY 2021 budget proposal. This goes for Rincon’s vehicle maintenance, vehicle insurance, and fuel – all of which Guyton plans to pay for with SPLOST funds. All of Rincon’s contracts for roads, streets, and bridges are paid out of public works. The same is true for both the City of Claxton and the City of Glennville. Effingham County and the Sheriff’s Office use SPLOST dollars for buildings and roads, not prison labor or supervisor salaries and Bulloch County, which also has its own correctional institute, does not comingle any SPLOST dollars with inmate projects.

In professing his support for the contract he wrote, Perkins said he disagreed with the article on at least three occasions and allocated as much time expressing his confusion over the article’s questions and whether or not he agreed with the author as he did explaining his ‘interpretation’ of the law.

At the conclusion of his presentation, Perkins told city officials that in the event that the city used the funds for something not authorized under SPLOST law, the auditor would flag it, would say ‘this shouldn’t be used for SPLOST,’ they could just ‘repay the SPLOST account with funds from the General Fund.’ Of course, what Perkins did not mention is that an audit is only as good as the information provided to the auditor for review.

“We don’t want that to happen, but I don’t see that as the worst consequence in the world,” Perkins said.

Following Perkins’ performance and his statement that he ‘didn’t see a problem with it,’ council voted unanimously to approve both agenda items, sparking comments out of turn from the audience. 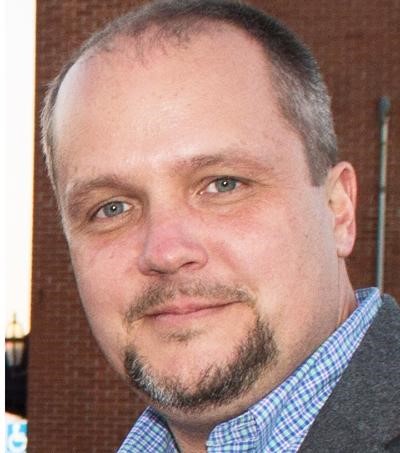 Brett Bennett, who formerly served as the interim city manager for Guyton but who now works for WastePro, motioned from his seat in the audience for Sawyer or Mayor Deen to halt the comments on the issue from the audience, prompting Deen to bang his gavel. Bennett was there representing WastePro regarding a bid on the city’s trash services, but did not hesitate to advise city officials on the decorum from his seat.

During the public comment portion at the end of the meeting, city resident Andy Harville asked “Would you agree that SPLOST cannot be used for a salary?” Perkins was not paying attention to the question, but upon restating his inquiry, Perkins said “It would depend on the circumstance.’ He went on to cite ACCG’s recommendations about proper documentation for employee salaries paid by SPLOST funds.

But the SPLOST funds are not Effingham County’s, but rather from the City of Guyton and the prison labor supervisor is not an employee of the city.

Additionally, the reference to ACCG is generally considered acceptable when a portion of a person’s salary is paid for by SPLOST – such as a public works director who earns 70% of his income from the General Fund and 30% from SPLOST. Even still, the check is dispersed as 100% of the General Fund and the SPLOST account reimburses the General Fund, per auditing standards. Paying for the complete salary and benefits package for a full-time employee of another entity that is not otherwise responsible for work in Guyton is not appropriate under Georgia law.

Since the city council meeting in November, AllOnGeorgia has consulted with a number of sources regarding the use of SPLOST dollars for prison labor as well as for maintenance and upkeep that would be used to transport prisoners to and from the correctional institute, including a lawyer in the region who has worked as a county attorney in Southeast Georgia for almost two decades, and a forensic auditor who dives deep into municipal finances across southeast Georgia – particularly when they find themselves in hot water.  Like the city managers consulted ahead of the first article, both vehemently disagreed with the use of SPLOST dollars for the supervisory position of a prison work crew.

In a defense of the prison labor contract during the November meeting, Mayor Russ Deen said that Springfield, Rincon, and Pooler all use prison details and have been pleased with the work. That’s a steal,” Deen said, referencing the $47,000 annual cost, in addition to the expenditure of a van for transport.

The issue raised was not whether or not it was a good use of money, if it was efficient labor, or if the city would be happy. The issue raised was specific to whether or not the city was legally permitted to use SPLOST funds to pay for it. But if all of the things Deen, Sawyer, and even Perkins profess are true, and if the city has the capital to pay the expenditure from the General Fund, why wouldn’t the city not simply do so to avoid the optics of impropriety?