The City of Guyton could violate Georgia law governing the use of SPLOST revenues if it approves a measure slated for Tuesday’s council meeting. 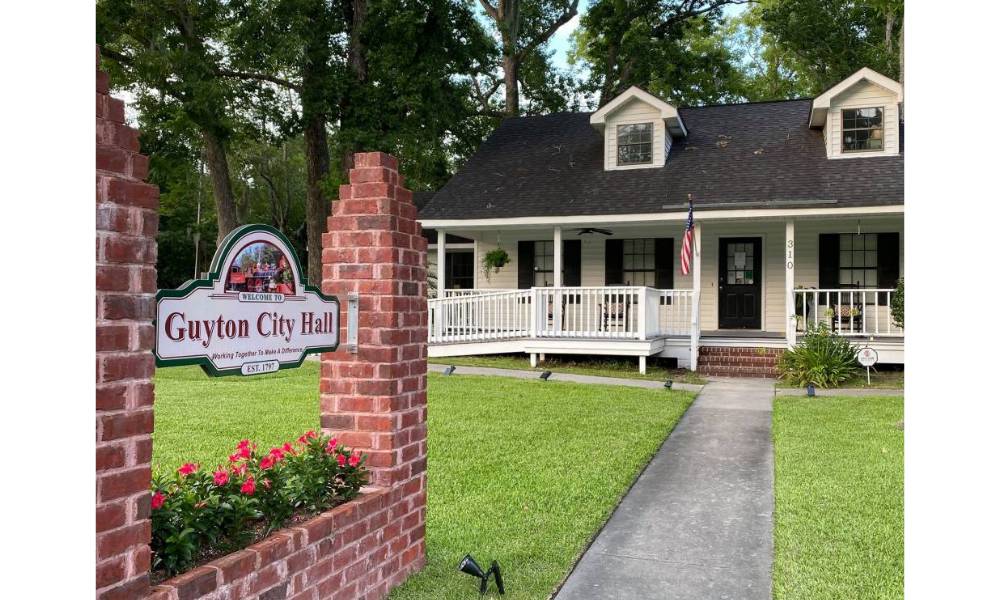 The City of Guyton could violate Georgia law governing the use of SPLOST revenues if it approves a measure slated for Tuesday’s council meeting.

The agenda lists “Consideration to Approve the City Manager to Coordinate with the County regarding the Guyton Prison Work Detail” and the city’s agenda packet details a five-page agreement with Effingham County in which the city would compensate the county for use of inmates held at the Effingham County Correctional Institute in Springfield. Under contract with the Georgia Department of Corrections, Effingham County Prison houses 192 nonviolent inmates that have a sentence ranging from a few months to a few years. 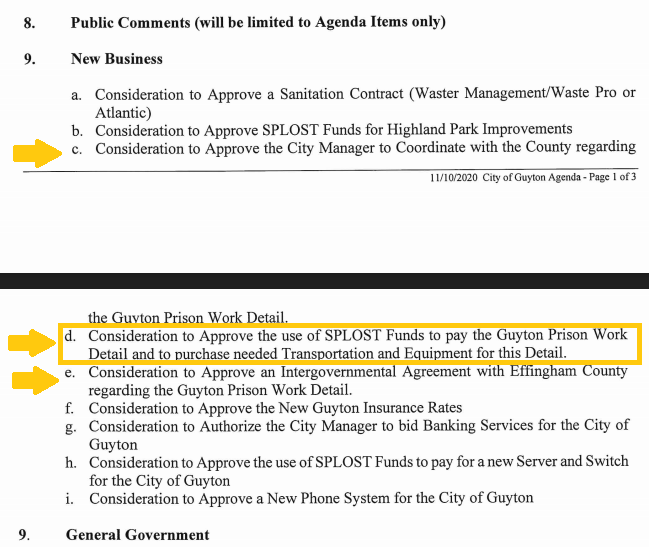 The prison labor contract outlines a correctional facility supervisor M-F from 7:00 A.M. to 3:00 P.M, 8-12 inmates per detail, and a compensation package of $47,000 – which includes health benefits, retirement, payroll taxes, workers compensation, and unemployment taxes for the EC facility supervisor. The City would also be responsible for providing tools, equipment, and a transport vehicle that must be maintained by the City, insured by the City, and fueled with a City gas card. [Full contract available here]

The contract with Effingham County does not reflect any glaring concerns as it is independent of SPLOST projects and makes no mention of how the city will fund the labor contract, however, if the City approves the contract, the funding mechanism proposed on the council agenda would conflict with Georgia law.

Agenda Item 9(e) is a consideration to approve the use of Special Purpose Local Option Sales Tax (SPLOST) revenues to pay for the ‘Guyton Prison Work Detail,’ which is by and through a contract with the county.

Per page 15 of the SPLOST manual on state law from ACCG:

SPLOST proceeds can only be used to fund capital outlay projects. With some exceptions, SPLOST proceeds may not be used for maintenance and operation costs related to the proposed SPLOST projects or any previously approved projects. The primary intent behind SPLOST is to pay for specifically enumerated projects, not to balance the government’s books or to pay for other governmental expenses.

Capital outlay projects are defined by law as major projects which are of a permanent, long-lived nature, such as land and structures. They are expenditures that would be properly chargeable to a capital asset account as distinguished from current expenditures and ordinary maintenance expenses. The term expressly includes without limitation roads, streets, bridges, police cars, fire trucks, ambulances, garbage trucks, and other major equipment.

It is worth noting that both the Georgia Municipal Association and the Association of County Commissioners of Georgia emphasize ‘major equipment’ as opposed to tools as referenced, to include shovels, hand tools, and safety equipment, and a fuel card referenced in the contract. The consideration for votes to approve these purchases are not accompanied by cost estimates or projected equipment purchases assigned to specific projects.

Taking into account OCGA § 48-8-111, which outlines projects for which SPLOST revenues can be allocated, it should be noted that the list is not comprehensive, but the code section does not make mention of prison labor or contract labor. Instead, it very narrowly permits contracting costs for things such as engineering fees and attorneys fees specifically related to a particular approved project.  A contract to pay the salary and benefits of a county employee seemingly is a misfit for the definition, particularly due to the lacking specificity of the project assignments. Additionally, salaries and benefits have never been considered ‘capital outlay project’ costs under Georgia law.

Secondly, the contract with Effingham County states that the use of the prison labor is for the purpose of ‘maintaining’ city property, which is expressly prohibited.

Additionally, SPLOST projects are required to be approved by voters and maintained on a publicly available list. The simple consideration of the fact that the City of Guyton ended its contract with Effingham County back in 2010, according to The Effingham Herald, yields the conclusion that the expenditure is not one approved by voters and is a new consideration entirely as no new SPLOST referendums have been approved.*

“What we thought was a pretty good plan has not turned out to be so,” then-Guyton Mayor Michael Garvin was quoted saying. At the time, the City had contracted with the county for three years.

More on the city’s previous SPLOST spending from 2016 here, which references year 4 of a 5-year SPLOST.
Georgia SPLOST law in its entirety is available here.

From the 2019 financial audit: 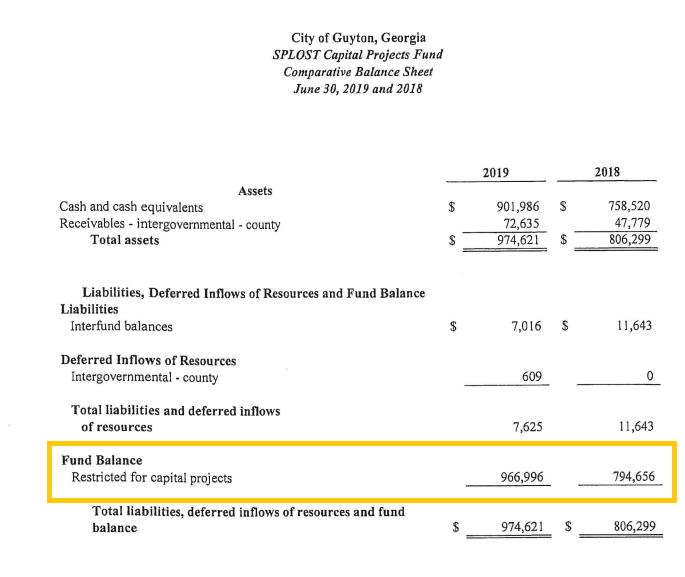 The list of SPLOST projects cannot be found on the City of Guyton website but is available by Open Records Request. 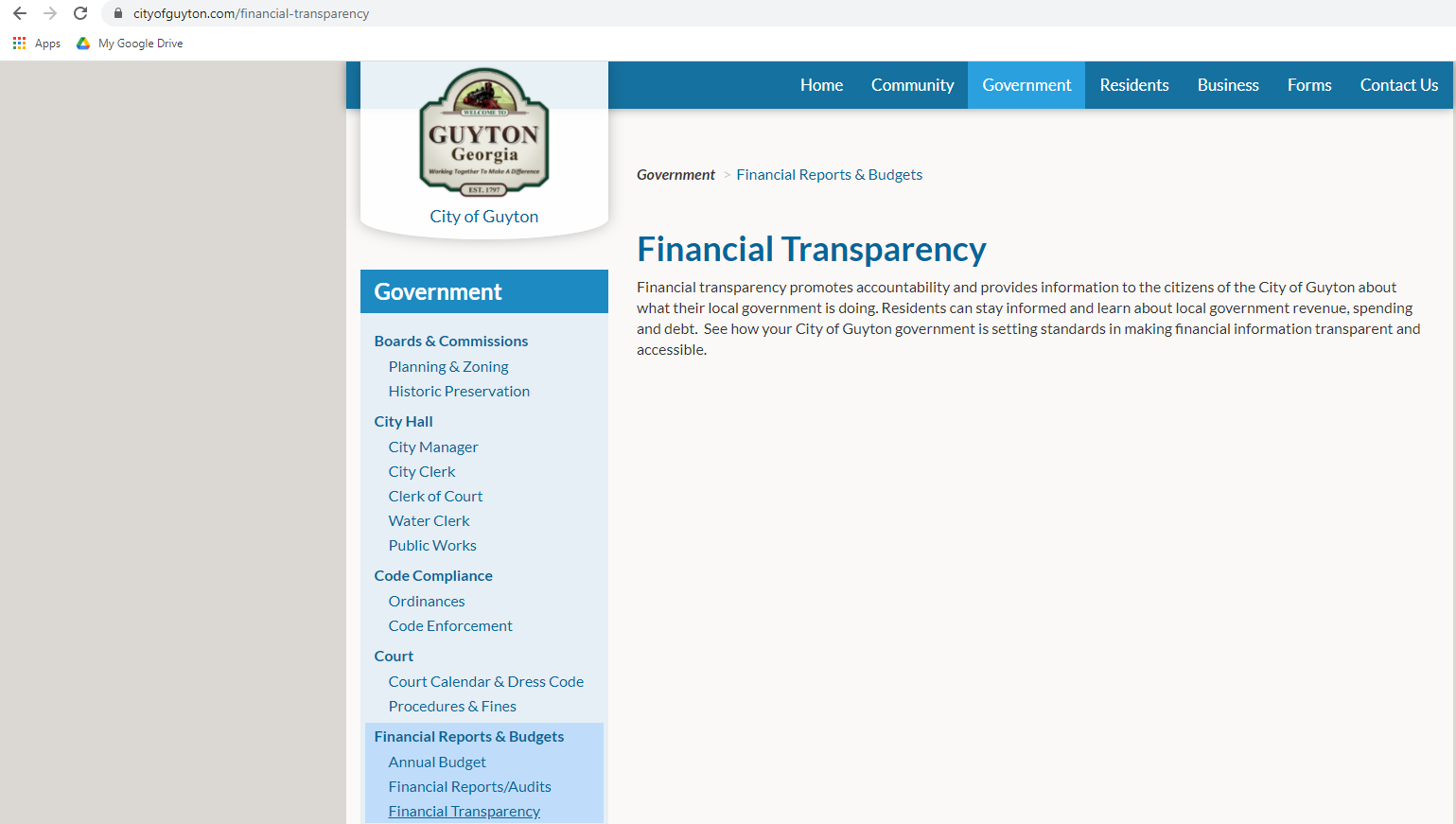