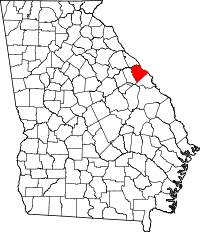 SPLOST collections have declined in Columbia County, but a review of proposed and actual budgets, audit reports, and check registers indicate that county officials may have used some of the funds inappropriately, slowing down timeslines project completion.

State law requires that SPLOST expenditures be limited to ‘capital expenditures,’ most often defined as infrastructure construction and improvements. While road construction and paving is one of the most common expenditures, cities and counties also use SPLOST dollars for building repairs, purchases of equipment, and even property aquisition. Contractors and engineers for projects are approved as well, but employees, benefits, and other man power-related costs are not.

But Columbia County budgets indicate that a longtime practice was to pay for salaries of employees, health benefits, travel, and even sick time for employees classified in the SPLOST department – another uncommon practice. Most cities and counties are pressed to complete SPLOST projects with the employees currently on staff who are otherwise working for that entity. The danger in having employees paid with SPLOST money is the instability of collections and the inability to guarantee collections.

In FY 2011, FY 2012 and FY 2013, Columbia County spent hundreds of thousands of dollars on salaries and benefits which should have been paid by the General Fund.

The internal financial audit conducted by the Director of Financial Services and the formal state compliance audit by Cherry Bekaert LLP did not denote problems with the practices either, despite state law.

The budgets even went as far to indicate employees listed specifically under SPLOST as if it was its own department.

Documents reviewed indicate that in 2014 and 2015, the county altered their practices. The budget stopped allocating employees specificially to the SPLOST fund in 2015 and benefits were no longer paid out from SPLOST in 2014. No explanation was given, possibly because acknowledging the change in writing would indicate wrongdoing and a violation of state law. During this same time, voters, without knowing that the county was not properly using funds, continued to approve new SPLOSTs on the ballot.

In a perhaps disingenuous attempt to confirm validity, the budget for FY 2014 (July 1, 2013 thru June 30, 2014) includes a ‘Distinguished Budget Presentation Award’ from the  Government Finance Officers Association of the United States for the previous year, but the award is good for one year only. Additionally, the award only relates to the publishing of the budget and gives no weight to whether or not the practices are sound. This certificate is included in the budgets every year.

County Administrator Scott Johnson and the Commissioners all signed off on the budget annually.

You can see the signatures of the Commissioners approving the budget on page 15 in the form of a formal resolution as an example of how Commissioner approve the budget and sign it into Act.

It leaves many questions about whether or not the SPLOST funds were used efficiently and the maximum number of projects were completed given the percentage allocated to salaries and benefits.  The questions become more resounding when fastforwarding to later year budgets which indicate SPLOST collections declined, coming in under projections. The county credited staying under budget as a justification for a balanced budget, but did not mention the employee salaries, sick time, insurance benefits, or other expenses not approved.

The current practice of the county is to use bonds to pay for projects and pay back the bonds with the SPLOST dollars after they are collected. This practice is common in places where SPLOST collections have declined or are not allocated in lump sums.

In the FY 2014 budget, it was noted that the county experienced an annualized decrease in local option sales tax revenues of 0.22% as of March 2013.

The Commissioners are currently holding public hearings for the FY 2019 budget.

The check registers for the SPLOST accounts beginning in FY 2011 are available in the PDF below. (Large file – may take time to load depending on internet connection)