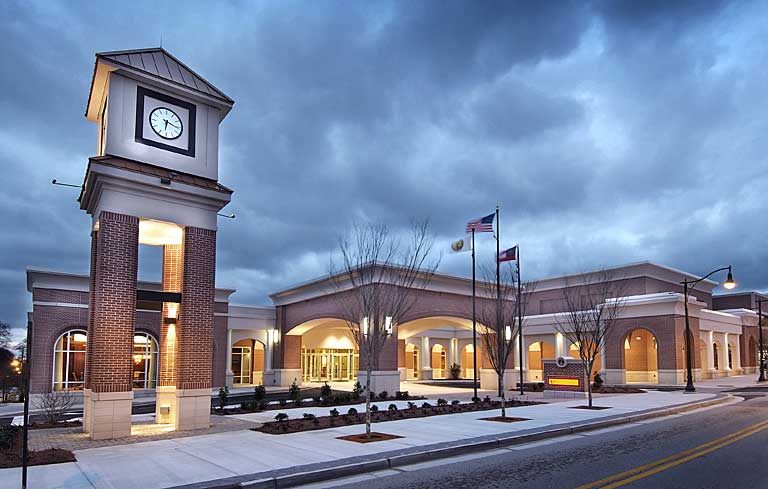 The Douglasville City Council dedicated nearly an hour Thursday evening to ensure all sides of all the issues related to Georgia Stone Products application for a “Portable Rock Crushing Plant” near West Strickland St. and Flat Rock Rd. in Douglasville were heard.

Bart Boyd of Georgia Stone Products applied for an application previously for a quarry in the same location.  The new application, filed on April 18th sits on 152.06 acres although only 10 or 11 acres would be disturbed for this project, per Darryl Ray of Hughes-Ray Company, the firm that will be handling the engineering.

Bart Boyd explained to the Council that his portable rock crushing plant could be disassembled and moved, as well as his general intentions, which he claims to be on a “much smaller scale” than the previous application.  Boyd’s attorney, Doug Dillard, then argued that the City Council is bound by their Development code, stating “once you adopt your development code, you’ve exhausted your discretion.”  Dillard also stated emphatically that this “is not about a quarry.”

Several local citizens disagreed.  Curtis Shipley cited portions of the OSHA Standard Industrial Classifications code that he states would classify the development plan as a “mining operation” which is not allowed.  Beth Johnson, a former City Councilwoman, also spoke in opposition to the development plan, citing several issues that she saw, including her opinion that the plan does not meet current code.  Johnson also cited issues with a lack of stream buffers as well as a lack of driveways. Johnson closed by stating that the property is under a Conservation Use Covenant.

Several of the questions raised by both Shipley and Johnson will be investigated by City staff and the City Attorney and addressed at the next meeting scheduled for Monday, May 7.  The meeting will be streamed on AllOnGeorgia-Douglas, as always.

You can watch the entire City Council meeting here.