Callers threatened arrest and the loss of the victims’ assets if the victims did not send money.
In one instance, the callers kept a Marietta, Georgia woman on the phone for over 11 hours while they convinced her that her Social Security number had been compromised, that there was a warrant for her arrest, and that she should tell no one about the purported investigation. 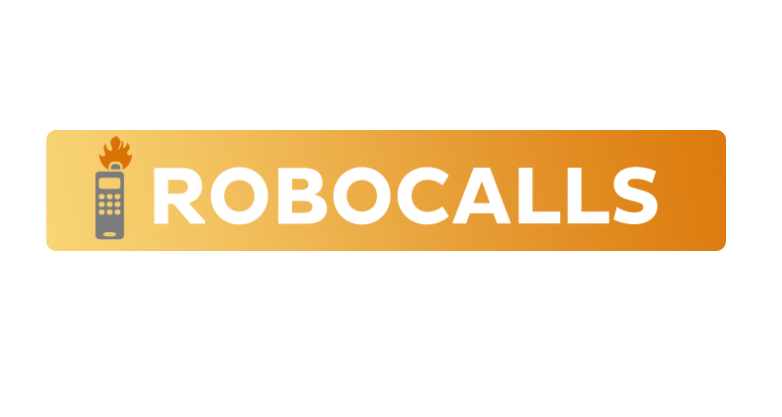 A first-of-its-kind indictment was unsealed today against Indian-based Voice over Internet Protocol (VoIP) provider, E Sampark, and its Director, Gaurav Gupta, who pushed out tens of millions of scam calls to American consumers on behalf of India-based phone scammers.  Pursuant to a consent permanent injunction, a federal court has also ordered a Florida-based server farm to stop providing E Sampark and Gupta with servers used to help perpetuate the fraud scheme. The consent permanent injunction seeks to prevent E Sampark and Gupta from further victimizing U.S. consumers through the use of the servers located in Florida.

“The defendants bombarded American consumers with scam calls, causing emotional and financial devastation, including to vulnerable and elderly individuals,” said U.S. Attorney Byung J. “BJay” Pak.  “Those who facilitate fraudulent calls into the United States will be investigated and brought to justice.”

“The Treasury Inspector General for Tax Administration aggressively pursues those who defraud taxpayers by impersonating employees of the Internal Revenue Service,” said J. Russell George, the Treasury Inspector General for Tax Administration.  “I wish to thank the U.S. Department of Justice and our law enforcement partners involved in this first-of-its-kind indictment.  Taxpayers must remain cautious of unsolicited telephone calls from individuals claiming to be Internal Revenue Service employees.  If any taxpayer believes they or someone they know has been a victim of an Internal Revenue Service impersonation scam, they should report it to the Treasury Inspector General for Tax Administration at www.tips.tigta.gov or by calling 1-800-366-4484.”

According to U.S. Attorney Pak, the Indictment, and the Complaint: Defendant Gaurav Gupta directed and operated E Sampark, d/b/a VG-Tech Serve Private Limited, a Voice Over IP (VoIP) company that allegedly sent calls from criminal India-based call centers to victims in the United States, both directly and through VoIP providers located in the United States.  From May 2015 to June 2020, the defendants passed tens of millions of scam calls from India into the United States, leading to reported victim losses of over $20 million.  The callers purported to be legitimate government agencies and businesses and misled victims over the phone.  The callers allegedly used multiple frauds, including Social Security impersonation, IRS impersonation, and loan scams.

As part of a Social Security scam, India-based callers posed as federal agents in order to mislead victims into believing their Social Security number was involved in crimes.  Callers threatened arrest and the loss of the victims’ assets if the victims did not send money.  The callers directed victims to send cash to aliases used by other members of the fraud network, and to transfer funds via gift cards to the callers.  In one instance in November 2019, the callers kept a Marietta, Georgia woman on the phone for over eleven hours while they convinced her that her Social Security number had been compromised, that there was a warrant for her arrest in Texas, and that she should tell no one about the purported investigation.  The callers told the victim that her assets were going to be frozen and that she should purchase gift cards in order to protect her money.  Per the callers’ directions, the victim went around Cobb County to purchase over $35,000 in gift cards, including Target, GameStop, Sephora, and Nordstrom gift cards.  The callers had the victim provide them with the numbers on the back of the cards, which allowed them to steal the funds from her.  E Sampark and Gupta allegedly connected the victim with the fraudsters.

As part of the IRS impersonation scam, India-based callers posed as IRS or Treasury officials and defrauded the U.S. residents into believing they owed money to the IRS or would be arrested and fined if they did not pay alleged back taxes, fines, and fees immediately.  For example in April 2017, a Georgia resident received numerous calls from an individual who claimed to work for the IRS.  A caller told the victim that he owed $28,000 to the IRS in back taxes and that if he did not pay, he would be arrested.  After the victim explained that he could not pay the full amount, the caller directed him to send two wire transfers for $500 and $1,990 to two aliases in order to resolve the issue.  The victim followed the caller’s instructions, and the funds sent by wire transfer were retrieved by a co-conspirator in South Carolina. Again, E Sampark and Gupta allegedly connected the victim with the fraudsters.

Defendants Gupta and E Sampark maintained approximately sixty servers in Florida that the company used at times to connect criminal India-based callers with American consumers.  The servers contained over 130,000 recordings of scam calls, including robocall voicemail recordings and conversations between the India-based scammers and U.S.-based victims.

U.S. Attorney Pak thanked TIGTA for its investigation of the case, and the DOJ’s Consumer Protection Branch for their substantial coordination efforts.  He also expressed appreciation to AT&T’s Global Fraud Management Organization for apprising the U.S. Attorney’s Office of the alleged offenses.

The U.S. Attorney’s Office for the Northern District of Georgia is part of the Department of Justice Transnational Elder Fraud Strike Force. The Strike Force focuses on investigating and prosecuting defendants associated with foreign-based fraud schemes that disproportionately affect American seniors.  These include romance scams, phone scams, mass-mailing fraud schemes, and tech-support fraud schemes.  For further information on these scams, see https://www.justice.gov/elderjustice/senior-scam-alert.

The public should exercise caution with any caller who claims to be a government employee. Government agencies will never threaten you with immediate arrest or other legal action if you do not send cash, retail gift cards, wire transfers, or internet currency. They will also never demand secrecy from you in resolving a debt or any other problem. If you need to send a payment to IRS or Social Security, the agency will send a letter with payment options and appeal rights. If you or someone you know is age 60 or older and has been a victim of financial fraud, help is standing by at the National Elder Fraud Hotline: 1-833-FRAUD-11 (1-833-372-8311).

The public is reminded that gift cards are for gifts, not for payments.  If a stranger purporting to be a legitimate business or government agency demands payment with a gift card, hang up.  Anyone who demands payment by gift card is a scammer.  Once you buy the gift card, the callers typically demand the number on the back of the gift card. That number lets the caller immediately steal the money loaded onto the card.