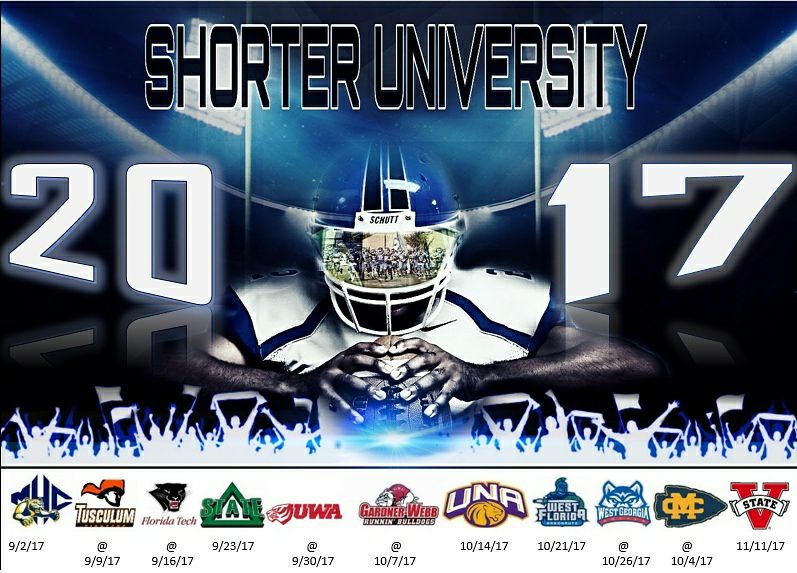 There is an abundance of enthusiasm around the football program at Shorter University as spring practice comes to a close. Hawks head coach Zach Morrison feels good about the progress his squad has made since taking over the helm in January.

“There has been a lot of success. We have been focused on details, doing the little things right, and conducting ourselves in the right way.”

Morrison was particularly excited about the performance by his receiving corps. “We’re deepest at receiver right now, and we’ve got some playmakers there. Seniors Joseph Ross and Kartez Carr have improved, and had a solid spring.”

The quarterback position is always a hot topic for football teams in the spring, but Morrison is optimistic about their prospects at that position as well. “Tyler Pullum has done a great job of leading by example this spring. We’re still looking for that vocal leader on offense, but he’s a guy that could do it.”

The defense has their share of bright spots. “Safety Nehemiah Reddish, and Randall Blash on the defensive line have made an impact in spring drills.  I expect to see them continue to improve, and play a big role for us.”

While many players on the squad have shown improvement during spring practice, there is still much work to be done. “I’ve talked to these guys about the signing class that we’ve got coming in. I’ve told them now is the time to improve, and earn your stripes. When the new class shows up, there will be a lot of competition on the depth chart.”

The Hawks signed more than 70 new student athletes in this year’s recruiting class, most of whom will be in attendance on Saturday when they conclude spring practice with a scrimmage game. “People need to come out and see the improvements we’ve made over the last 13 weeks. Our effort is better, our character has improved, and the atmosphere has changed for the better.”

The spring scrimmage kicks off at 11 a.m. on Saturday at Ben Brady field on the campus of Shorter University. They have received over 700 commitments to attend the game. It is open to the public, and there is no fee for admission. Everyone who attends the game is also invited to lunch in the school’s cafeteria at the conclusion.