The amount is more than the Commissioners allocate to the county economic development authority.
Tax dollars would fund 43% of the Chamber’s total annual budget. 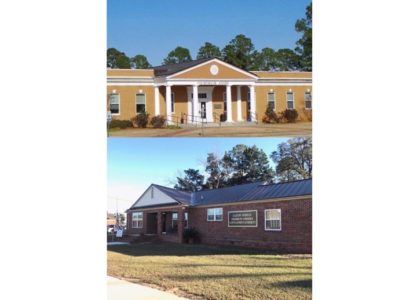 The Claxton-Evans County Chamber of Commerce is requesting a budget appropriation from the Evans County Commissioners in the amount of $19,500.

The request for a specific dollar amount is furthest toward funding the Commissioners have moved since they stopped funding the Chamber altogether four years ago, but the amount still tops what the county allocates to the Economic Development Authority.

Evans County stopped providing funds directly to the Chamber a few years back, citing the gratuities clause in the state constitution, which prohibits the use of tax dollars to fund private organizations. State law provides an exception for economic development purposes (under under OCGA 36-60-14), but only for a very narrow use.

At the time of cessation by the county, it was stated that Evans County has a functional Economic Development Authority charged with economic development duties. The EDA, which is a constitutional authority created by the Georgia legislature, receives $15,000 annually from Evans County and is required to pay the Chamber for rent in the building owned by the City of Claxton. The money requested by the Chamber is $4,500 more annually than the EDA receives from the county.

The Chamber has made funding requests annually since the money stopped flowing from the county, but none has been appropriated.

Hall was present at the meeting, but did not make a presentation. “We just respectfully request your consideration to fund the Chamber.”

The contract proposal closely mirrors the one signed this year by the City of Claxton, which also sends $19,500 annually to the Chamber, in addition to giving the Chamber free rent in a city building and covering utility costs. 2019 is the first year the City of Claxton has legally funded the Chamber, having been misappropriating funds without the proper requirements and return on investment for 25 years.  The old contract required the Chamber to submit monthly expenditure and financial reports to the City- a practice that was not done, – but Mayor Terry Branch removed that clause when the city signed the new contract as well as a clause that required the Chamber to have an ‘Economic Development Committee.’ The Chamber is now only required to submit an annual budget.

Under the proposal with the Commissioners, the Chamber is required to do eight things, including:

Items with a (*) are included in the City of Claxton’s contract as well.

The full contract is below. The full list of obligations on the part of the Chamber is on the last page.

The budget as proposed  by the Chamber, pending approval by the Board of Directors is in the PDF below.


At last Tuesday’s meeting, Griffin asked the issue be tabled until the Commissioners could review the contract to which Croft said, “We will have to discuss it sometime.”

County Administrator Casey Burkhalter suggested calling a meeting mid-month to revisit the issue and that a workshop be held to have the Board members from the Chamber present to answer questions of Commissioners. Hall told Commissioners that the Chamber Board will meet at noon on September 10th.

The Board of Commissioners set a called meeting on Tuesday, September 10, 2019 at 5:00 P.M. at the annex for the purposes of discussing the contract and funding.