Mark Schrader currently serves the citizens of Chattooga County as the elected sheriff. 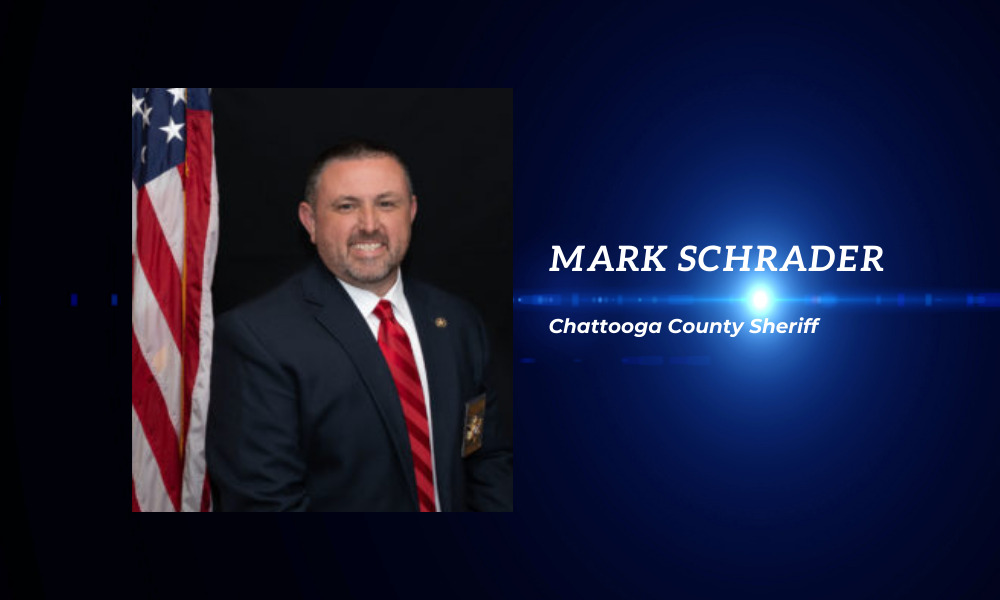 The AllOnGeorgia First Responder Spotlight Series features the law enforcement officers, EMTs, paramedics and firefighters of local communities in Chattooga County, which serve as the backbone of our community. The series is sponsored by Chattooga County, Georgia Farm Bureau Insurance.

Mark Schrader currently serves the citizens of Chattooga County as the elected sheriff.

AOG: How/when did your career in law enforcement begin?

Sheriff Schrader: I began my career in law enforcement in 1993 when I started work as a jailer in the Chattooga County Jail. I worked through my senior year of high school in that position. In 1996 I attended the Police Academy and upon completion was transferred to the patrol division. I worked in the patrol division for approximately 3 years, when I had the opportunity to move into the investigative division. This was the part of my career that I enjoyed the most, until being elected sheriff in 2012. I also worked for about two years at Trion Police Department (2010-2012) in between my investigator assignment and deciding to run for sheriff.

AOG: Who is your role model in law enforcement?

Sheriff Schrader: My role models in law enforcement are many. Some of them that helped me advance my career and taught me a lot about this line of work were Sheriff Ralph Kellett, Charles Elsberry, Stan Mosley and Eddie Colbert.

AOG: What is the best thing about the community you serve?

Sheriff Schrader: The best thing about the community I serve is that we are a small town community. We have issues that every area has, however when there is a need to be met, the people of Chattooga County always come through.

AOG: What is the hardest thing about being in public service? What has been the biggest sacrifice for your family (due to your job)?

Sheriff Schrader: The hardest thing about being in public service would definitely be the sacrifice to family. There are many missed dinners, activities and times that are spent away from them. Although they know that public service jobs are very demanding, it still takes its toll.

AOG: Are any of your family members first responders or in public service?

Sheriff Schrader: I do not have any other immediate family members that are in public service. I do have relatives that work or have worked in some type of public service position.

AOG: What advice would you have for someone considering a job in law enforcement?

Sheriff Schrader: My advice for someone considering a job in public service would be to first understand what all it entails. Also, to understand that to do the job right it has to be a desire within themselves to help people and try to make a positive difference in their community.

AOG: As Sheriff what are the duties of your job?

Sheriff Schrader: The statutory duties of my job are many. Way too many to try to list here. The Georgia Supreme Court said many years ago, “…the Office of Sheriff carries with it the duty to preserve the peace and protect the lives, property, health and morals of the people….” The daily duties are overseeing a full-service sheriffs office and jail with approximately 45 full-time employees. This includes working to manage budgets and ordering of supplies. I try to spend half of the work day in the office and half in the field. The field work includes working alongside members of the investigation and patrol divisions. Many times I also get to meet with citizens, at their home, discussing concerns that they have. I really enjoy being able to answer calls for service alongside my employees. I truly have some of the best employees that an employer could ask for. From the top with Kevin Woods, as my Chief Deputy all the way through Administration, Patrol, Investigations, Narcotics, Court Services and Jail Staff. These employees make the Office of Sheriff work for the citizens of this county!