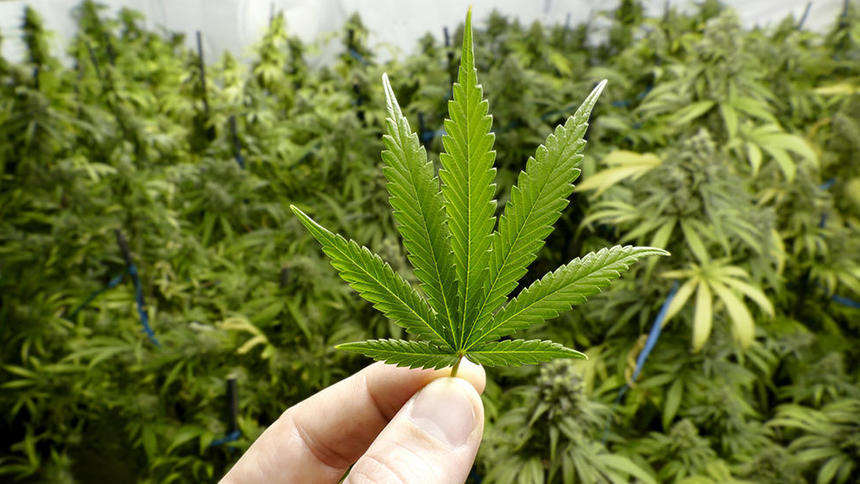 The Statesboro Council voted Tuesday to adopt a new ordinance on marijuana when the person is in possession of less than one ounce.

The measure is not “decriminalization,” nor is it a move to legalize possession of marijuana or a decision by the city not to enforce marijuana laws. The adoption means individuals found to be in possession of marijuana will not face jail time and will instead face up to a $500 fine. City Attorney Cain Smith said the initiative was not decriminalization because the City is “creating a municipal ordinance whereas before [the city] relied on the state statute.”

Smith said the ordinance does not allow anyone “to do” anything but instead creates a local ordinance governing how the city enforces it. He also said the new offense is similar to what the City of Savannah has on the books.

The ordinance’s resolution also mandates that the individual not be in commission of any other crime(s) to be eligible for the ordinance’s non-arrestable offense stipulation.

The proposed ordinance is below.


How is this different?

The legalization of marijuana means you can’t be arrested, ticketed, or convicted for using marijuana if you follow the state laws as to age, place, and amount for consumption.

Decriminalization, on the other hand, means that the governing body amended its laws to make certain acts criminal, but does not prosecute them and those individuals found to be in possession won’t face prosecution or have a criminal record.

Additionally, the ordinance presented in Statesboro only governs the city police department, which means deputies with the Bulloch County Sheriff’s Office, officers with the Georgia Southern Police Department, Georgia State Patrol Troopers, and other outside agencies or state agencies will not be required to adhere to the ordinance and will be governed by state law.

Raymond Scott, who is a member of the Bulloch Alcohol & Drug Council, address Council during the public comment portion of the meeting and voiced his opposition to the proposed ordinance. He cited damage to the public health, increased drug use, and the effects of marijuana on developing brains as reasons for his opposition. He also said that marijuana is a gateway drug and is directly related to the opioid crisis. Scott asked council to consider setting guidelines for individuals under the age of 25, but council did not consider that option.

Joshua Littrell of the Veterans for Cannabis Foundation also addressed Council, but he spoke in favor of the initiative and implored the Council to continue down the pathway of relaxed policies. Littrell said no one’s life should be ruined because they are caught with a small amount of cannabis. Littrell then focused on the positives of cannabis, specifically in medicinal capacities.

Georgia Southern Criminal Justice Professor Dr. Chad Posick also offered comments in support of the proposal by Council. “This is just taking incarceration off the table,” he told Council. He said incarceration also has damaging effects on the brain, in some instances worse than drug use.

Statesboro Police Chief Mike Broadhead  also appeared before Council to comment on the initiative. He said that he was in favor of criminal justice reform ‘on the user side’ and that there need to be better ways to address drug use through counseling and rehabilitation after adjudication in the courts. Broadhead displayed a number of samples of marijuana to show council members what different amounts of marijuana looked like.

The City of Statesboro’s Police Department was already operating on a ‘cite and release’ policy that allowed officers to determine ‘how the marijuana was found,’ Broadhead said Tuesday. “If they find a guy and he’s on his back porch smoking a blunt and he’s not hurting anybody, that needs to be taken into context,” Broadhead explained. “If we have someone transporting ¾ of an ounce of marijuana some place, the officer is the one that understands the context of that. They understand all the circumstances of that.”

Broadhead told Council that the PD will support the decision of Council, but later he was asked directly where he stood on the matter. “I feel that this severely limits the officer’s discretion.”

Councilman Derek Duke told council members that he felt like the process was ‘an intersessional move’ that will positively affect the youth.

Ultimately, a motion was made by Councilman Sam Lee Jones and seconded by Jeff Yawn. The measure passed unanimously.

A verbal resolution, as read by Mayor Jonathan McCollar, was also attached to the ordinance that says the City of Statesboro Police Officers must cite the local ordinance “exclusively” beginning January 1.

You can watch the entire city council meeting here: