The U.S. Department of Health and Human Services took major steps this week to increase the availability of organs for the 113,000 Americans on wait lists for lifesaving organ transplants – 20 of whom die each day. 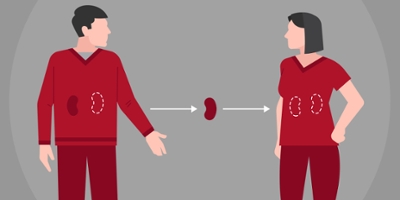 The U.S. Department of Health and Human Services (HHS) took major steps this week to increase the availability of organs for the 113,000 Americans on wait lists for lifesaving organ transplants – 20 of whom die each day.

As directed by President Trump in his July 10 Executive Order on Advancing American Kidney Health, the Centers for Medicare & Medicaid Services (CMS) is issuing a proposed rule to change the way organ procurement organizations (OPOs) are held accountable for their performance, and the Health Resources and Services Administration (HRSA) is issuing a proposed rule to remove financial barriers to living organ donation.

“Our broken system of procuring organs and supporting kidney donors’ costs thousands of American lives each year,” said HHS Secretary Alex Azar. “President Trump sees kidney disease as a health challenge where we can make a major impact, and his Advancing American Kidney Health initiative, including today’s announcements, will transform the lives of American kidney patients, who have been neglected for too long. Many organ procurement organizations do wonderful work, but some aren’t performing nearly as well as they could. We’re going to stop looking the other way while lives are lost and hold OPOs accountable. On living donations, we’re going to dramatically expand support for living kidney donors, so that Americans who wish to be generous living donors don’t face unnecessary financial barriers to doing so.”

“Every day, twenty Americans die waiting for an organ and thousands of Americans are languishing on waitlists. That is unacceptable and represents a missed opportunity to save lives and improve patients’ quality of life,” said CMS Administrator Seema Verma. “Under President Trump’s leadership, CMS is tackling this longstanding issue in the health care system by proposing decisive action to raise performance standards for organ procurement organizations and incentivizing them to facilitate transplant of as many viable organs as they can. We are modernizing the organ transplant system so our sickest patients can receive the care they need. An imperfect organ is better than no organ at all. For someone on a waitlist, that may mean the difference between life and death.”

The Trump administration is dedicated to addressing the inefficacies in our organ procurement system and increasing the number of organs available for transplant to reduce the number of individuals waiting for lifesaving transplants.

The President’s Executive Order on Advancing American Kidney Health emphasized that supporting living organ donors can help address the current demand for kidney transplants. HRSA’s proposed rule would expand the scope of reimbursable expenses for living donors to include lost wages, and childcare and eldercare expenses for those donors who lack other forms of financial support. This proposal could increase the number of transplant recipients receiving a better quality organ in a shorter time period from living donors. In general, recipients of kidney transplants from living organ donors have better clinical outcomes than those who continue on dialysis or those who receive a deceased donor kidney transplant. HRSA also is reviewing a notice that would increase the income threshold for living donors eligible for reimbursements.

OPO act as a link between organ donors and organ recipients, procuring organs from hospitals and delivering them to transplant centers. Federal law tasks CMS with conducting inspections (“surveys”) of OPOs and certifying them for participation in Medicare based on whether they meet Medicare’s Conditions for Coverage – which are basic quality and safety regulations – including outcomes and process requirements.

OPOs’ performance is currently assessed through self-reported data based on measures that were last overhauled in 2006. Today, CMS is proposing much needed changes to hold OPOs accountable and incentivize them to actively collect donated organs and improve transplantation rates in their donation service area (DSA).

CMS estimates that if all OPOs were to meet both the donation and transplantation rate measures, the number of annual transplants would increase from about 32,000 to 37,000 by 2026, for a total of almost 15,000 additional transplants in that time.

The proposed rule would improve the current measures by using objective and reliable data, incentivize OPOs to ensure all viable organs are transplanted, and hold OPOs to greater oversight while driving higher OPO performance. To better serve organ transplant recipients and the many people waiting for a transplant, CMS is proposing:

Most of the proposed changes would not take effect until 2022. However CMS intends, in the spirit of transparency, to make these outcome measures public during the next four-year OPO recertification cycles once the rule is finalized.

This is a press release from the U.S. Department of Health & Human Services.