WATCH: GA Congressman Presses CEOs of SunTrust and BB&T About Merger and Impact on Georgia

Rep. Barry Loudermilk (R-GA), in a House Financial Services Committee hearing on the proposed merger of SunTrust and BB&T banks, questioned witnesses about the impact. 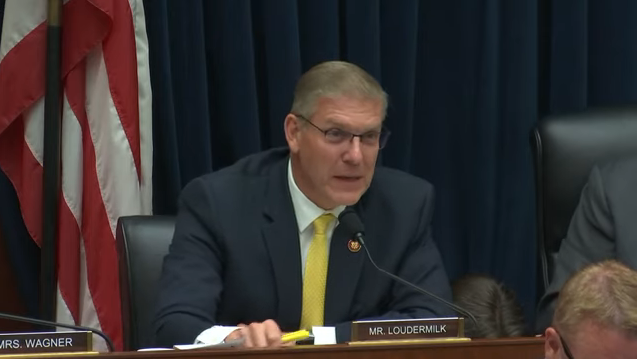 Rep. Loudermilk: “I understand that some banking operations will continue to be based in Georgia. However, there are about 740 SunTrust and BB&T branches within two miles of each other, so my concerns are the possible branch closures and job losses. Mr. Rogers, I know you are prohibited from making decisions on branch consolidation until after the mergers are approved, but can you comment on how Georgia consumers and employees will fare after all of this is settled?”

Mr. Rogers: “As you noted, we can’t disclose because we haven’t done the work yet on which branches in specific would will be subject to decisioning, but what we have said is all client facing teammates…those are teammates and employees that exist in branches, will have employment. So the job loss in those branches we expect to be de minimis, because we will offer them other opportunities in our company and other places. As I mentioned, we have natural turnover in that business, so we can say that with a great deal of confidence, those employees will be offered opportunities. In the state of Georgia, if someone is in a branch, and that branch got consolidated, they would have an opportunity with the new company.”