Though the vocal opposition in recent weeks and months has been substantial, the appointed committee charged with allocating Bryan County’s percentage of funds collected to fund victim services has recommended that county commissioners pledge the majority of the funds to the Atlantic Judicial Circuit’s District Attorney. 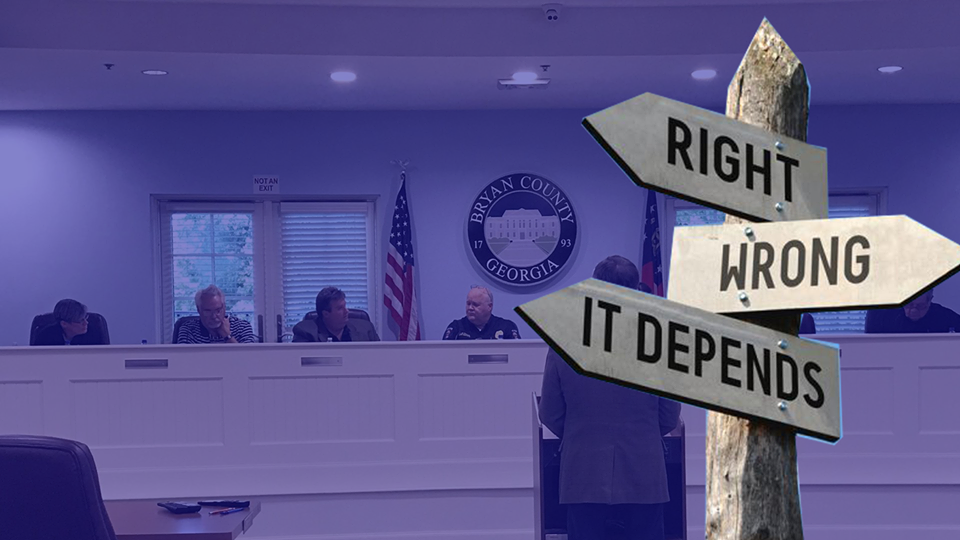 Though the vocal opposition in recent weeks and months has been substantial, the appointed committee charged with allocating Bryan County’s percentage of funds collected to fund victim services has recommended that county commissioners pledge the majority of the funds to the Atlantic Judicial Circuit’s District Attorney.

Committee members met Tuesday to discuss the interviews – which took place earlier in August, the supplemental financial documents, and other information relevant to the decision on how to dedicate funds assessed on criminal citations and criminal ordinance violations. Any money collected off of the program, which tacks on 5%, is supposed to be paid on a monthly basis to the victim assistance program in the county where the crime was committed so long as the provider is approved by the Georgia Criminal Justice Coordinating Council (GCJCC). These are referred to as Local Victim Assistance Program (LVAP) funds. If no provider operates within the county, the money is is supposed to be directed to the district attorney’s office.

But the Atlantic Judicial Circuit has been receiving 100% of the collected funds from 5 of the 6 counties for years – mostly to fund salaries of employees who claim that ‘being the BFF’ to the victim is among the most important services  provided. Only one CJCC-approved organization operates in Bryan County and while the Director of “The Cottage” sought to receive the appropriations due to her based on the forensic medical exams and other advocacy services provided on location, the county initially rejected The Cottage’s request for funding even after learning that state law requires the opposite. Previously obtained Open Records Requests also showed attempts by county employees and a quasi-competitor of The Cottage to circumvent the local government’s Memorandum of Understanding for helping victims, which previously included The Cottage.

Assistant to the County Administrator Billy Edwards guided committee members through the discussion process Tuesday, asking members to voice concerns and make suggestions for a recommendations.

Committee member Tracy Walden-Stafford shared with the committee that she would like to consider which organization does the most good for Bryan County based on the services provided, a notion received by Finance Officer John Rauback with a statement of “Yeah.” Moments later, Rauback suggested that each of the four agencies that applied for funding receive 25% of the funding beginning in January, citing that it would keep it “easy.”

Pembroke Police Chief Bill Collins stated that he would like to consider what the definition in the law dictates the money is supposed to be used for, which was echoed by Walden-Stafford. Rauback explained that all four entities were ‘eligible’ for LVAP funds, a point that has been refuted a number of times due to Rauback’s conflation of ‘eligible’ with ‘CJCC certified.’ Agencies can be certified by the CJCC for a number of reasons, most of which go well beyond LVAP funding eligibility, but according to the code section in law, the county funds are supposed to go to the entity within the county boundaries.

Judge Christi Balbo countered Rauback’s claims saying that some entities ‘more squarely’ fit the definition for what can be funded and what cannot.

Walden-Stafford, who expressed concerns during the interviews in early August, reiterated those issues over the investigative activities the District Attorney’s Victim’s Advocates conducts with LVAP funding – sending court date reminders, buying postage, and scheduling meetings. “That’s the secretary’s job” and noted some of the duties that fall on investigators, not grant-funded offices, saying the DA’s use of funds was “concerning.” Walden-Stafford’s comments were met with disagreement by Wendy Sims who shook her head as Walden-Stafford spoke. Walden-Stafford also harped on the local component of the law and the obligation to county taxpayers to keep the money local. She suggested giving 50% to The Cottage with the other 50% split evenly among the other three applicants.

While the law states that funding is supposed to go toward tangible victim assistance services, Juvenile Court Judge Christi Balbo stated she was concerned about The Cottage’s focus on forensic medical examinations (rape kits, exams, STD testing in molestation and assault cases) and that much of the services offered were medical in nature. She stated that the exams were not a ‘compensable’ activity, though the law does not offer guidelines outside of CJCC-certified and within the county boundaries.

Trinity Ingram-Jones of The Cottage was able to answer the questions of Balbo who said some of the services The Cottage offers are not within the LVAP parameters, though Balbo did not bring up any of the other entities that offer services beyond the scope of LVAP funding. She ultimately echoed an equal share of 25% to each entity, saying they could do something different next year if it was found that the entities sent the money wisely.

Walden Stafford refuted Balbo’s support of the District Attorney’s Office stating that the DA’s Office only helps victims who have cases moving through the court process, which excludes upwards of 90% of victims who don’t report or don’t have enough evidence to see a case move through. Anyone without a criminal case is ineligible for assistance from the DAs office.

Walden-Stafford was also vocal about Helen’s Haven receiving a stipend from Bryan County on an annual basis as well as sponsorships for Helen’s Haven charity events, all of which have been approved by fellow committee member Wendy Sims. Sims defended Liberty County-based Helen’s Haven Tuesday saying the money the county gives the organization -a violation of the state constitution – as a bonus is “not LVAP funds.”

Sims suggested giving the DAs office 70% of the funds, with 10% going to The Cottage, 10% to the Tri-County Protective Agency, and 10% to Helen’s Haven. Sims began to tell committee members that they could not earmark the money and tell entities what the money could be used for, but was quickly corrected by Assistant to the City Manager Billy Edwards who said the money must be used for LVAP services.

Richmond Hill City Finance Director Bob Whitmarsh made a recommendation to give 55% to the Tri-County Protective Agency and 15% to each of the others – The Cottage, Helen’s Haven, and the DA’s office. Several minutes later, he corrected his recommendation, stating he would like to see the 55% go to the DA’s office instead.

Pembroke Police Chief Bill Collins suggested 55% to the DA and 15% to each of the other three applicants – the same as Whitmarsh’s revised proposal.

As the percentage set to go to the District Attorney’s office ticked up, Walden-Smith said she would agree to the 25% share for each of the four applicants and reconsider next year.

Sheriff Clyde Smith did not look up from his papers, offer comments, or make a proposal.

Ultimately, Rauback called for a motion to vote on the four way split of 25%, but the motion failed 3-4, with only Rauback, Walden-Stafford, and Balbo.

Upon the failure of the motion, Judge Balbo said she thought the disproportionate amount of money should go to the District Attorney’s Office, which Wendy agreed to support while withdrawing her proposal. Members voted to send 55% to the District Attorney’s office, leaving 15% to Helen’s Haven, 15% to The Cottage, and 15% to Tri-County Protective Agency. It passed 5-2 with Walden-Smith and Sheriff Clyde Smith voting No.

The recommendation, which is supposed to be forwarded to the County Commissioners for approval at the September meeting, is a kickstop on a door that swung open several months ago when an investigation was launched into the accounting practices of Bryan County and the District Attorney’s Office. As previously reported on AllOnGeorgia, records indicate that over the last ten fiscal years, almost $385,000 is unaccounted for, county reports to the state differ by more than $100,000 over a 10 year period, and the county routinely exceeded the state allowance for retention of allocated funds.