The Georgia Association of Chiefs of Police has announced its support for Georgia’s proposed hate crime legislation. 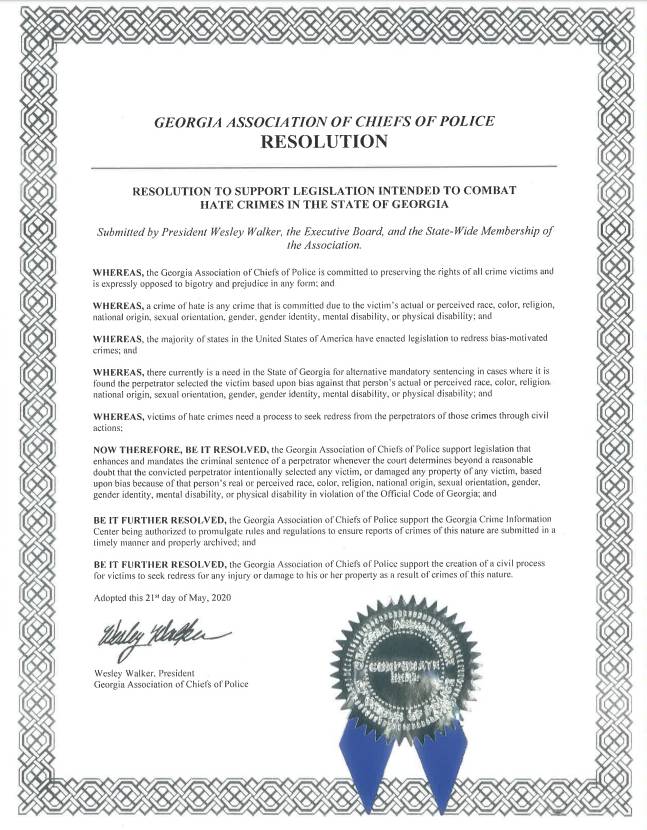 The Georgia Association of Chiefs of Police has announced its support for Georgia’s proposed hate crime legislation.

The resolution proclaiming support asserts that the association is:

In 2019, the Georgia House of Representatives voted to approve a bill that would increase penalties for crimes committed against certain classes of people – otherwise known as ‘hate crime legislation.’ The bill never had a committee hearing in the Senate and was assumed to be ‘dead on arrival’ in the upper chamber, but the recently publicity surrounding the Ahmaud Arbery case has the measure back on the table.

When passed in 2019, the measure had the bipartisan support of Republicans Deborah Silcox and Ron Stephens and Democrats Calvin Smyre, Karen Bennett, and Karla Drenner. It passed narrowly with a number of Republicans voting NO.

Lawmakers are slated to return to the Capitol on June 15th.

The GACP also released a statement on the George Floyd incident. The statement is below the resolution.