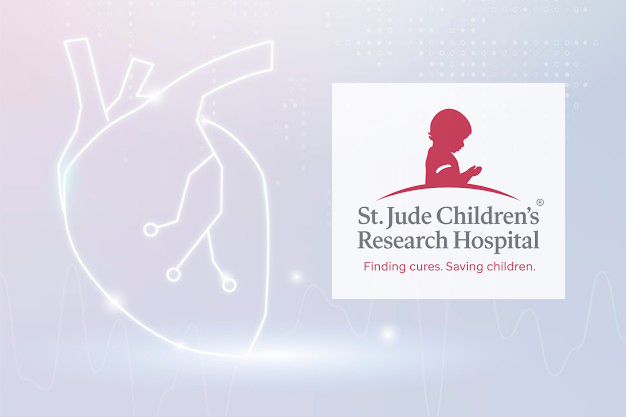 According to the Department of Justice, St. Jude Medical Inc. (St. Jude) has agreed to pay $27 million to settle allegations under the False Claims Act that, between November 2014 and October 2016, it knowingly sold defective heart devices to health care facilities that, in turn, implanted the devices into patients insured by federal health care programs. St. Jude was acquired by Abbott Laboratories in January 2017.

“To ensure the health and safety of patients, manufacturers of implantable cardiac devices must be transparent when communicating with the government about safety issues and incidents,” said Acting Assistant Attorney General Brian M. Boynton of the Justice Department’s Civil Division. “We will hold accountable those companies whose conduct violates the law and puts patients’ health at risk.”

“Medical device manufacturers have an obligation to be truthful with the Food and Drug Administration (FDA), and the U.S. government will not pay for devices that are unsafe and risk injury or death,” said Acting U.S. Attorney Jonathan F. Lenzner for the District of Maryland. “The government contends that St. Jude knowingly caused the submission of false claims and failed to inform the FDA with critical information about prior injuries and a death which, had the FDA been made aware, would have led to a recall. The U.S. Attorney’s Office is committed to protecting Medicare and other federal health care programs from fraud, and in doing so strengthen patient safety.”

The government alleges that St. Jude failed to disclose serious adverse health events in connection with the premature depletion of the battery in certain models of its Fortify, Fortify Assura, Quadra and Unify devices, which are implantable defibrillators used in patients at risk of cardiac arrest due to an irregular heartbeat. The devices are surgically implanted into patients’ chests, and when the devices detect an irregular heartbeat, they send an electrical pulse to the heart to “shock” it back to its normal rhythm. The government alleged that, by 2013, St. Jude knew that lithium clusters formed on the batteries of the devices, causing some of the batteries to short and, in turn, suffer a premature power drain.

The government alleges that, in late 2014, St. Jude submitted a request to the FDA to approve a change to prevent lithium clusters from draining the battery and told the FDA, “no serious injury, permanent harm or deaths have been reported associated with this” issue. However, according to the government’s allegations, St. Jude was aware at that time of two reported serious injuries and one death associated with premature battery depletion (PBD) induced by lithium clusters.

St. Jude continued to distribute devices that had been manufactured without the new design. In August 2016, St. Jude contacted the FDA and informed it that the number of PBD events had increased to 729, including two deaths and 29 events associated with loss of pacing. On Oct. 10, 2016, St. Jude issued a medical advisory regarding the PBD caused by lithium cluster shorts, which FDA classified as a Class I recall. A Class I recall is where there is a reasonable probability that “violative” products “will cause serious adverse health consequences, including death.” After the recall, St. Jude no longer sold the older devices, but thousands of them had been implanted into patients between Nov. 20, 2014, and Oct. 10, 2016.

“Ensuring patient safety is our number one priority,” said Special Agent in Charge Maureen R. Dixon of the U.S. Department of Health and Human Services Office of the Inspector General (HHS-OIG). “HHS-OIG will continue to work with our law enforcement partners to investigate and hold accountable medical companies who put profits over people and ensure the integrity of the Medicare and Medicaid programs.”

“The FDA regulates medical devices to assure that patient health is protected,” said Special Agent in Charge Mark S. McCormack of the FDA Office of Criminal Investigations, Metro Washington Field Office. “Reporting information untruthfully to the agency about the safety of medical devices jeopardizes patients’ health and safety. We will continue to investigate and bring to justice those who place the public health at risk.”

“The Defense Criminal Investigative Service (DCIS) and its law enforcement partners will aggressively investigate fraud that puts the health of our military members and their families at risk,” said Special Agent in Charge Christopher W. Dillard of the DCIS Mid-Atlantic Field Office. “We hope this settlement sends a clear warning to medical corporations that choose profit over patient care.”

“The OPM OIG prioritizes the health and safety of patients above all else,” said Norbert E. Vint, Deputy Inspector General Performing the Duties of the Inspector General of the Office of Personnel Management’s Office of Inspector General (OPM-OIG). “We are grateful for today’s settlement and applaud the hard work of our Department of Justice and law enforcement partners.”

The civil settlement includes the resolution of claims brought under the qui tam or whistleblower provisions of the False Claims Act by Debbie Burke, a patient who received one of the devices that was subject to recall. The qui tam case is captioned United States ex rel. Debbie Burke v. St. Jude Medical, Inc., No. 16-cv-3611 (D. Md.).

The resolution obtained in this matter was the result of a coordinated effort between the Civil Division’s Commercial Litigation Branch, Fraud Section; the U.S. Attorney’s Office for the District of Maryland; the Department of Health and Human Services’ Office of Inspector General and Office of General Counsel; DCIS; OPM-OIG; and the FDA’s Office of Criminal Investigations and Office of Chief Counsel.

This matter was handled by Trial Attorney Jonathan Gold of the Civil Division and Assistant U.S. Attorneys Thomas Corcoran and Jane Andersen of the District of Maryland.

The claims resolved by the settlement are allegations only, and there has been no determination of liability.