OPINION PIECE: Liz Throop talks about what counties need to do as Georgians prepare to flock to the polls in record numbers in 2020 and touches on how counties face many challenges to get the new voting system working. 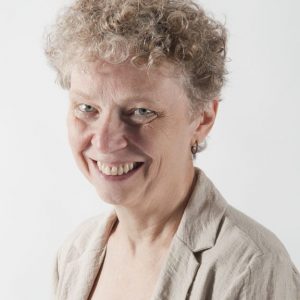 The following article reflects the opinion of the author and not those of AllOnGeorgia.

Georgians will flock to the polls in record numbers in 2020, and counties face many
challenges to get the new voting system working. The State promised delivery in December: now they say the equipment, including over 30,000 touchscreen
machines, 30,000 laser printers, 7,700 electronic poll books, and 3,500 scanners,
should all arrive by early February. Counties need these devices to prepare for
elections because early voting for the March 24th presidential primary begins March
2nd.
Six counties piloted the new system during Fall 2019 elections. Problems included
electronic poll books that could not generate ballot access cards; touchscreens that
cycled on and off; and jammed printers and scanners. The vendor tried to reset
digital lists of voters using a Wi-Fi connection, but had to reset some equipment in
person. A paper back up of the poll book, long requested by critics, could have solved
the problem.
Poll workers have very little time to learn how to debug voter lists, reboot
touchscreens, and unjam scanners.
The large, upright touchscreens compromise ballot secrecy, because people can view
voter choices from 20 feet away. The Georgia Constitution guarantees voters a secret
ballot, and it is counties who must somehow ensure that voter secrecy is protected.
Counties will see steep increases in the amount of storage space, testing,
transporting, and set-up needed for the system. Some counties need to upgrade
electrical systems in polling places, or even relocate where infrastructure can’t meet
requirements. Fulton County is spending between $2.2 and $2.7 million on carriers
to securely store and transport voting machines – and more poll workers will be
needed to implement all of it.
In 2018, some Georgia polling places had wait times of three hours or longer. During
pilots, new devices were observed shutting down with poll workers unable to
restart them. Equipment failures could increase wait times and cause people to leave
without voting. Equipment shortages in some areas of a county could affect election
turnout by slowing voting and lengthening lines.
These are not unsolvable problems, but the State needs to know they are issues of
grave public concern. County officials could use their local authority to move to a
back-up plan if the new system becomes impracticable.
Last year, a federal judge ruled that the State must provide a contingency plan for
their new system, and they should be ready to enact it. If the new system isn’t ready
by March, hand-marked paper ballots can be implemented to address concerns
about privacy, security, machine shortages, and insufficient poll worker training.
The Court also told the State it needed to make paper lists of voters available in case electronic poll books were not functional. Counties must be able to use those paper lists to resolve voter registration discrepancies between electronic poll books and data on the state’s public “My Voter Page” (www.MVP.SOS.GA.gov).

County officials need to step up to protect our constitutional right to vote and to a
secret ballot.
Related Topics
AllOnGeorgia