OPINION: “They have attacked us in the media, smeared our leaders and undermined our values through public policies designed to silence the voice of faith.” 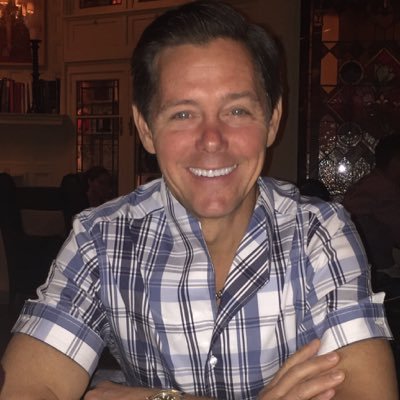 Dr. Ralph Reed is the founder and chairman of the Faith & Freedom Coalition.

President Trump is returning America to her Christian heritage — a message I look forward to spreading here in Georgia as a member of the Evangelicals for Trump coalition.

For decades, liberals have conducted a coordinated campaign of scorn and intimidation against Christians of all stripes. They have attacked us in the media, smeared our leaders and undermined our values through public policies designed to silence the voice of faith.

Donald Trump, however, has fought back against liberal efforts to secularize this country. He is reclaiming our nation’s Christian roots, and it’s driving liberals crazy.

President Trump never made a secret of his plans to fight the left’s new religion of Political Correctness. Through Political Correctness, liberals hoped to silence traditional Christians and drive us from public life, creating what Richard John Neuhaus once called the “naked public square.” Fortunately, President Trump refuses to concede their assumptions or play by their invented rules.

Shortly after taking office, for instance, President Trump signed an Executive Order re-affirming the right of churches and other religious institutions to engage in free speech, including speaking out public policy or politics based on their faith. This move ended decades of persecution and harassment of evangelical churches and ministries by the Internal Revenue Service. The Trump administration also repealed Obama-era rules requiring faith-based institutions to violate their own values in order to comply with an intrusive government mandate that they provide health insurance coverage that included medical services that assaulted their conscience, including abortion-inducing medication.

These common-sense measures are restoring the God-given liberties that Christians have steadily lost as a result of the left’s incessant encroachment upon religious freedom. Americans of faith can once again practice and preach their religion without fear of ideologically-motivated reprisal. President Trump has ushered in a new era of spiritual renewal and religious liberty. This is a refreshing change from the preceding administration, which sued Hobby Lobby and the Little Sisters of the Poor to try to force them to violate their faith under the Obamacare conscience mandates.

President Trump is also the most pro-life President in modern times. Thanks to his efforts, the United States is no longer funding the left’s global abortion agenda with American taxpayer dollars. In fact, reinstating the Mexico City Policy was among his very first acts in office. He is the first President to address the March for Life by live video hook-up from the Rose Garden, a symbolic gesture filled with the substance of his pro-life policies.

President Trump has also insured that federal family planning programs do not allow our taxpayer dollars to be used to fund abortion. Planned Parenthood, the largest abortion provider in the Western World, has withdrawn from the program and lost $60 million in taxpayer subsidies for its pro-abortion agenda. President Trump has been a vocal advocate for the pro-life movement, regularly reaching out to pro-life leaders and abortion survivors alike, while also participating in pro-life events more actively than any of his predecessors.

The family is also being strengthened through the Trump tax cut, which doubled the child tax credit to $2,000. Last year 39.4 million families received an average of $2,200, or over $85 billion. Under this provision, 11 million people have been lifted out of poverty, including 5.5 million children, and 650,000 children newly delivered from poverty last year.

Perhaps President Trump’s work most lasting legacy will be remaking the federal judiciary will guarantee that these advances in religious liberty and the defense of life are protected for a generation. With a full year left in his first term, this President has already managed to get 187 conservative judges, including two Supreme Court justices, confirmed to the bench.

After nearly three years of President Trump’s leadership, it should be clear to all evangelical Christians that President Trump is the leader we need. He has fought tenaciously for faith and religious freedom, and his commitment has only grown stronger as the left has escalated its attacks on people of faith and the values they cherish.