COLUMN: Dr. Alveda King – “Trump is bringing opportunity to African Americans in Atlanta and across the country”

OPINION: “For too long, Washington politicians have taken African Americans for granted, making empty promises on the campaign trail and then neglecting our needs once they took office.

We paid the price, in the form of sky-high poverty rates, mass incarceration, and crime. Confronted by the problems they helped create, our representatives chose divisive identity politics and pitted Americans against one another instead of rallying together behind God and country to create solutions. “ 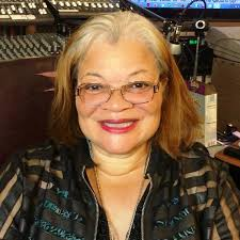 Alveda King is the niece of Dr. Martin Luther King, Jr. and daughter of King’s younger brother, Rev. A. D. King. She is a prominent American author, pro-life and civil rights activist and minister. She is a Fox News channel contributor and once served as a Senior Fellow at the Alexis de Tocqueville Institution, a Washington, D.C. think-tank. She is a former member of the Georgia House of Representatives and the founder of Alveda King Ministries.

This Thanksgiving I’m thankful that President Trump is fighting for black Americans every day, working to deliver the American dream to communities that had been long forgotten by political leaders. Here in Atlanta, we see the results — that’s why I’m a blessed

member of the Black Voices for Trump coalition.

For too long, Washington politicians have taken African Americans for granted, making empty promises on the campaign trail and then neglecting our needs once they took office.

We paid the price, in the form of sky-high poverty rates, mass incarceration, and crime. Confronted by the problems they helped create, our representatives chose divisive identity politics and pitted Americans against one another instead of rallying together behind God and country to create solutions.

President Trump charted a different course by standing up for the forgotten men and women of this country, no matter the color of their skin. His unifying message to American citizens of all backgrounds aims to reinforce the bonds that hold us together as a nation while providing us with the opportunity to provide a better future for our children. This President knows that when we work together as one, we all flourish.

That’s why it’s no surprise that African Americans are thriving under President Trump’s leadership. Instead of big-government programs that trap us in a cycle of poverty, Donald Trump has focused on providing us with the opportunity to stand on our own two feet.

Since taking office, the President has removed the handbrake of government overreach that held back our economic recovery during the Obama years by eliminating burdensome and unnecessary regulations, slashing tax rates for middle-income Americans, and standing up to countries that took advantage of American workers with abusive trade practices.

These pro-growth policies have created the conditions for black Americans to prosper, and we’ve taken full advantage of it. By offering our families jobs instead of free abortions and entitlement hand outs, POTUS is helping us to hope again. The African American unemployment rate is at the lowest level ever recorded, black household income is growing at a brisk pace, and wages are rising rapidly for black workers.

But the strong and growing U.S. economy isn’t the only reason black America is succeeding under President Trump. We’ve also benefited from policies specifically tailored to empower communities that had been left behind by establishment politicians.

“Opportunity Zones” created by the Tax Cuts and Jobs Act, for instance, are projected to drive $100 billion of new investments into economically distressed areas, which will result in new jobs, more affordable housing, and much-needed infrastructure improvements. Atlanta has designated 26 neighborhoods — most of them majority-black — as Opportunity Zones.

In addition to opening up new economic possibilities for the African American community, the President has also addressed one of the other major impediments to our upward mobility: the mass incarceration of blacks by a discriminatory criminal justice system.

The FIRST STEP Act, which passed Congress with bipartisan support thanks to President Trump’s enthusiastic advocacy, is offering a second chance at life to thousands of African Americans, many of whom were serving lengthy prison sentences for non-violent crimes due to unfair sentencing laws instituted decades ago. The new law also promotes programs that teach inmates the professional and life skills they’ll need after their release, which will not only reduce recidivism, but also make it easier for former inmates to build successful lives outside of prison.

The Black Voices for Trump coalition is going to spend the next year making sure that black Americans all over the country are aware of just how much this President has done to empower our community.

We have come a long way with President Trump, and we still have a lot more to gain. Reelecting Donald Trump is the only way to ensure that African Americans, along with the rest of our countrymen and women who have been left behind by the political establishment, are forgotten no more.

COLUMN: Why Do You Wait for the Courts to Assert Your Constitutional Rights?
COLUMN: Counties Must Act to Ensure Election Integrity
Posting....