Building Real and Symbolic Bridges: A Woman Engineer’s Place is on the Worksite

“You have to juggle a demanding career with so many variables. Every day brings some new challenge, and when I think I’ve seen it all, that’s when I experience something completely unexpected. You just have to be ready to jump in and get dirty.” 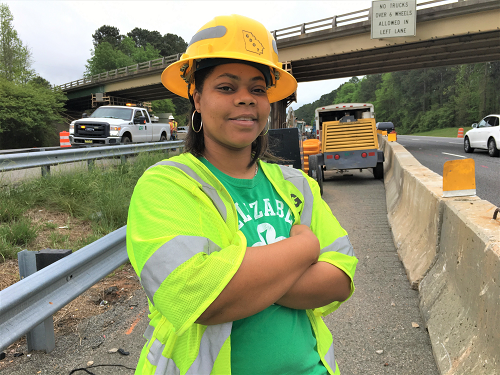 The sun has finally risen over the horizon and Civil Engineer II Britni McCullough’s attention is focused on a team of construction workers slowly closing a lane of traffic on Interstate 75 northbound in Lamar County, setting a diagonal line of orange cones. McCullough is the project manager for the refurbishment of the High Falls Road Bridge over the interstate, and the closure of both a northbound and a southbound lane under the bridge isn’t a task that is taken lightly. Closing the lanes ensures that the crews working under her guidance have the space they need to safely jack the bridge deck and replace the caps, or the buffers between the deck and the columns.

The High Falls Road Bridge project is one of four bridge refurbishments that McCullough is currently overseeing, and all four projects are located on interstates within in District 3. All of these projects are complicated by heavy traffic flow, hence her stern focus on the morning’s lane closures. McCullough has worked as a construction engineer with the Georgia DOT for two and a half years. “I really enjoy construction,” she says. “It’s exciting to see the end result of a design or concept that has been many years in the making, and cost millions of dollars, come to fruition.”

A generation ago, the sight of a woman in a hard hat and sturdy boots on a Georgia DOT work site might have seemed like a novelty but in 2019 it’s becoming more common, especially in District 3. Twenty percent of District 3’s engineers are currently women and they can be found throughout the organization – in construction, maintenance, traffic operations, and preconstruction activities.

Many of District 3’s women engineers say they knew from an early age they wanted a career in engineering. Civil Engineer II Erika Coons says when she was a young girl, she was encouraged to be a teacher but she found her passion with the men in her family. “My grandfathers and dad all wanted to be engineers but none of them pursued it. I worked alongside them on various electrical and mechanical projects and it really sparked my interest.”

As a young woman who enjoyed math and solving complex problems, Assistant Area Maintenance Engineer Noelia Jaramillo started at the Georgia DOT 16 years ago and has worked her way through several positions, including construction inspector I and II and erosion-sediment control liaison. She appreciates the career mobility she’s had while at the Georgia DOT, as well as her ability to make a difference in her community. “My work at the Georgia DOT contributes to building a safe environment for the travelling public, ensuring quality roads and bridges and preserving our natural environment,” she says. 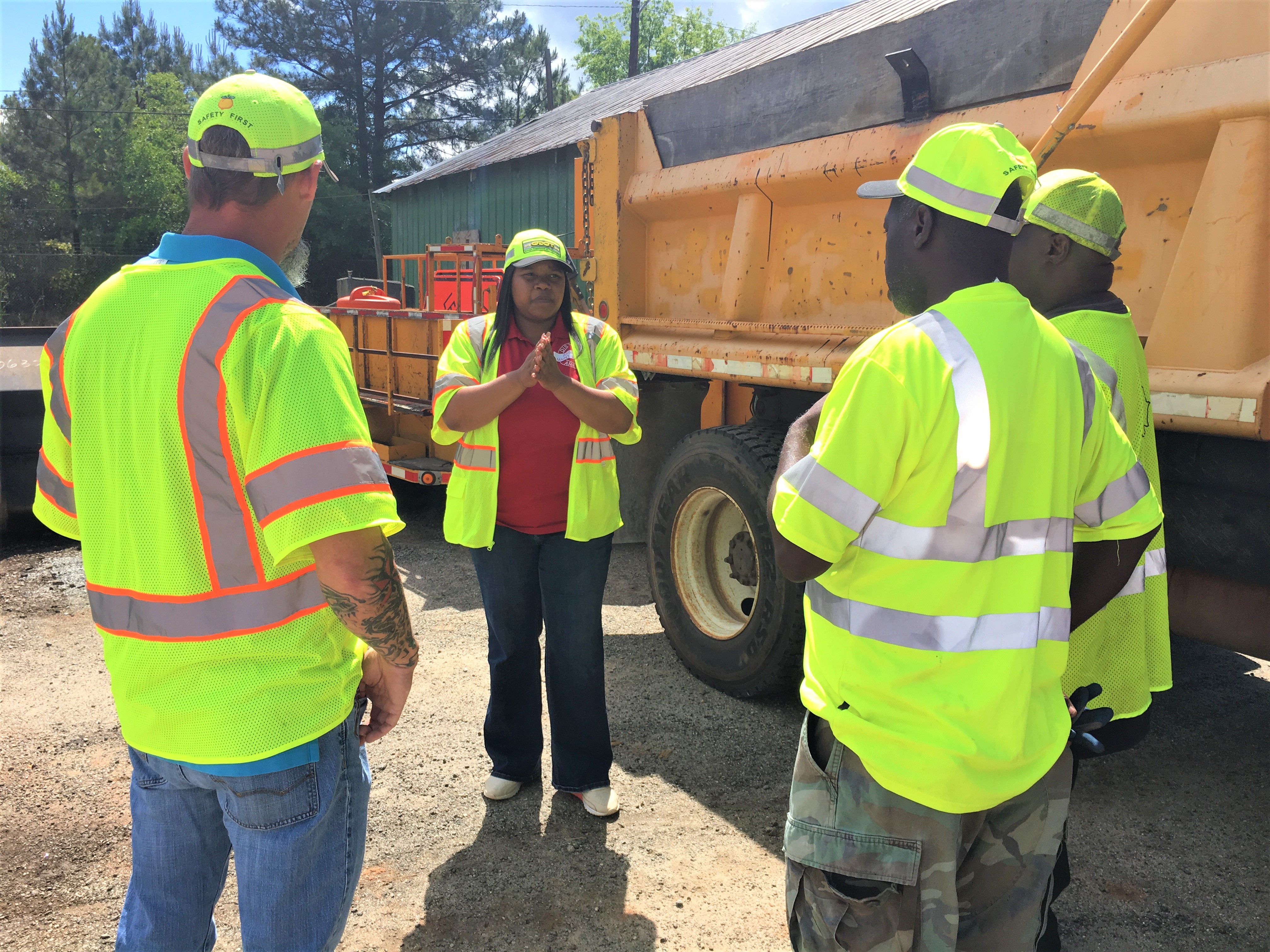 Construction Project Engineer Amanda McCart recently completed work as project manager for the new Poplar Road interchange on Interstate 85 in Coweta County. She says she’s dealt with a few situations where being the woman-in-charge was tricky. “There have been times when contractors and some members of the public didn’t realize I was the project engineer and they’d direct their questions to the men in work crews under me. I do have the support of the men in my projects, though, and that encourages me when handling any negativity.”

Erika Coons understands completely. “Not only am I female, but I’m short in stature so I’ve been mistaken for a shadow or an intern, or sometimes I’m just overlooked. I’ve learned to embrace the underestimation as a means for me to show everyone what I know and can do. Once your contractors and co-workers learn you have just as much knowledge and determination as they have, you gain their respect.”

Assistant Area Engineer Eureika Thomas has some advice for aspiring women engineers considering infrastructure construction for their futures: be flexible but firm. “You have to juggle a demanding career with so many variables. Every day brings some new challenge, and when I think I’ve seen it all, that’s when I experience something completely unexpected. You just have to be ready to jump in and get dirty.”

This story was provided by the Georgia Department of Transportation.