Head coach and athletic director for Rome City Schools, John Reid, and his players were set to face a tough Alexander squad and put the Wolves in position to finish as one of the top teams in region 5, 6A competition. 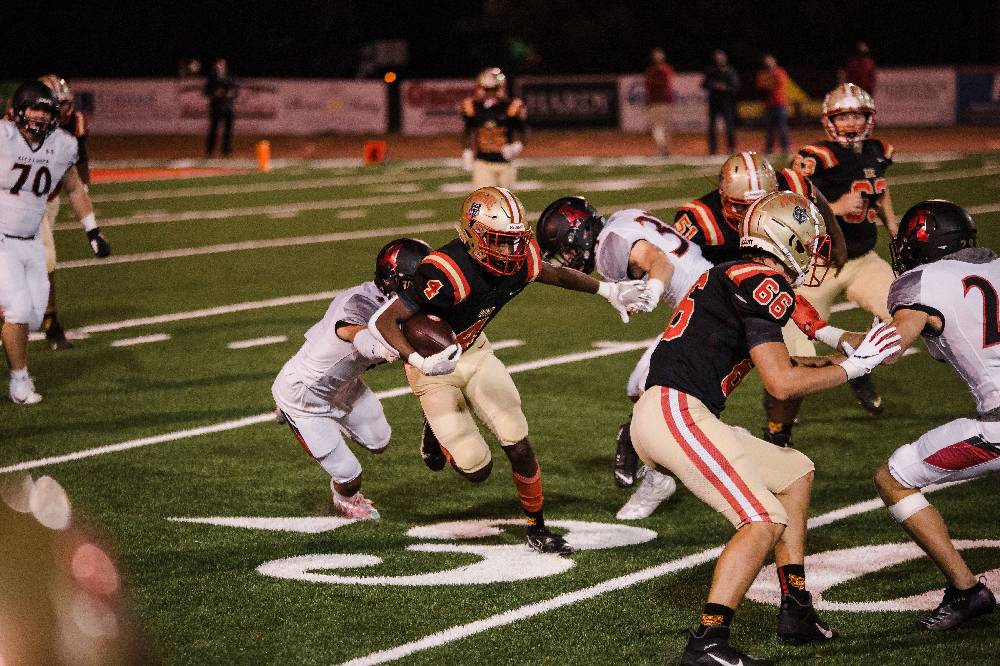 Rome High’s Wolves lined up against Alexander High School on Friday, Nov. 6 where they hoped to remain undefeated in front of the home crowd. Rome was looking to return to form by putting three straight in the win column and bring their record to 4-1 in the region and 5-3 overall. Head coach and athletic director for Rome City Schools, John Reid, and his players were set to face a tough Alexander squad and put the Wolves in position to finish as one of the top teams in region 5, 6A competition.

Rome’s offense got rolling early, posting two TD’s before the first quarter was done. The first came on a one-yard QB keeper by Reece Fountain with 8:28 left in the first and the second on a goal line carry handled by freshman back, Shaun Nelson at the 2:19 mark. After Fernando Lopez- Romero was able to kick two successful extra points, the Wolves took a two-score lead heading into the second quarter of the game.

Fountain and Nelson connected again in the second quarter with 7:48 left until the half. This time, the handoff came in the form of a 34-yard pass that Nelson was able to convert for a touchdown. After the extra point, the Wolves took a 21-0 lead over Alexander before the Cougars could strike.

Still, the Wolves defense would be tested late in the second quarter as Alexander quickly turned their zero into six with 6:38 left before halftime. Alexander kicked the extra point through the uprights, and they were finally on the scoreboard. Rome still held the lead, 21-7.

Rome found paydirt again on a 17-yard toss from Fountain to DeKaylon Daniel with 1:38 left in the second quarter. The extra point was good again, extending Rome’s lead to 28-7.

Alexander had a tough time overcoming the suffocating Rome defense all night, but the Cougars did manage to lob a pass into the back of the endzone just before the half. With only 11 seconds left before halftime, Alexander closed the gap with a late score and went into the locker room down 28-14.

Rome’s defense held strong the remainder of the game and shut out the Cougars in the second half of play. The Wolves’ place kicker, Lopez-Romero, did score once more before the contest ended giving Rome the win by a score of 31-14. Rome managed to stay perfect at home and secured another region victory. 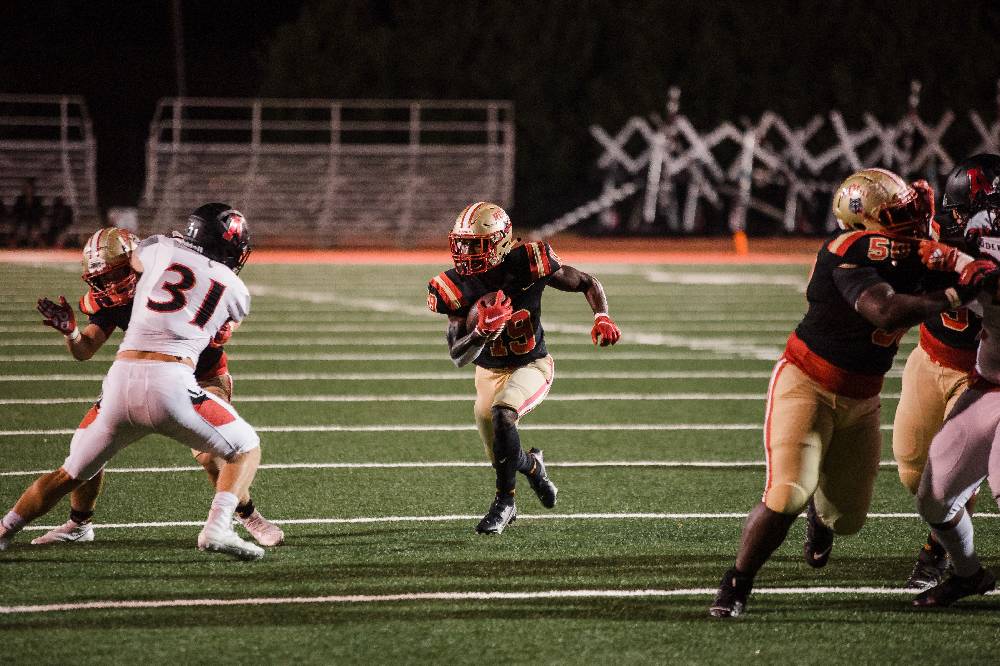 “We have been working our tails off in practice,” said Reid after he was asked what the Wolves were doing to show improvement on both sides of the football. “We had a motto this week that on Monday, Tuesday, Wednesday and Thursday, we need to act like we need practice, and on Friday we have to play like we have been practicing hard. We have tried to get them to focus on the small things that make us a better football team and I think our kids are responding. Tonight, we beat a really good team and this was a huge region game for us.”

Reid went on to say that he is impressed at the way his freshmen are growing into the game. “We are throwing balls to freshmen, we are handing the ball to freshmen, and I let them know that this was an important game, and we have to bring this one home.

If the Wolves can hold on and win out, they will secure a home playoff game, making their play down the stretch worth the extra effort in practice.

“I think our guys have responded well to the pressure, because they are still learning what it is all about. It is my job as a coach to help them find ways to believe in their ability,” said Reid. “There is room for growth, but I am proud of how our team is coming together to get the job done. Every team has to have its own path and this was huge for our kids.” 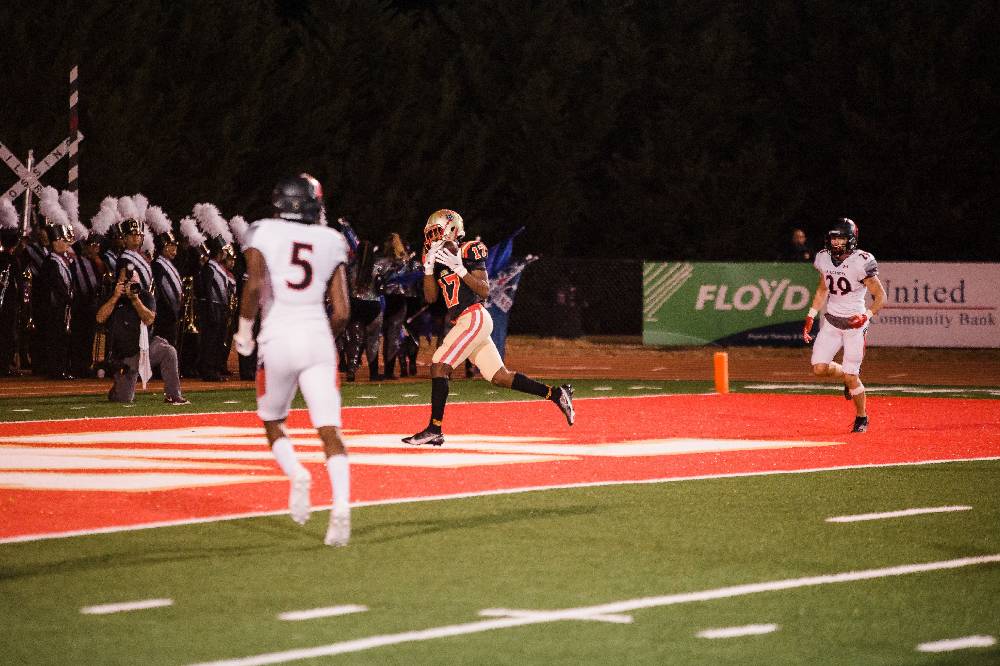