Styles, who coached the Wolves’ wrestling team early in his career, had no idea that Woods was wrestling with things in his life other than his opponent. The 220-pound athlete would become like family to Styles, and he is so happy to now work alongside Woods in serving the students at East Central Elementary School. 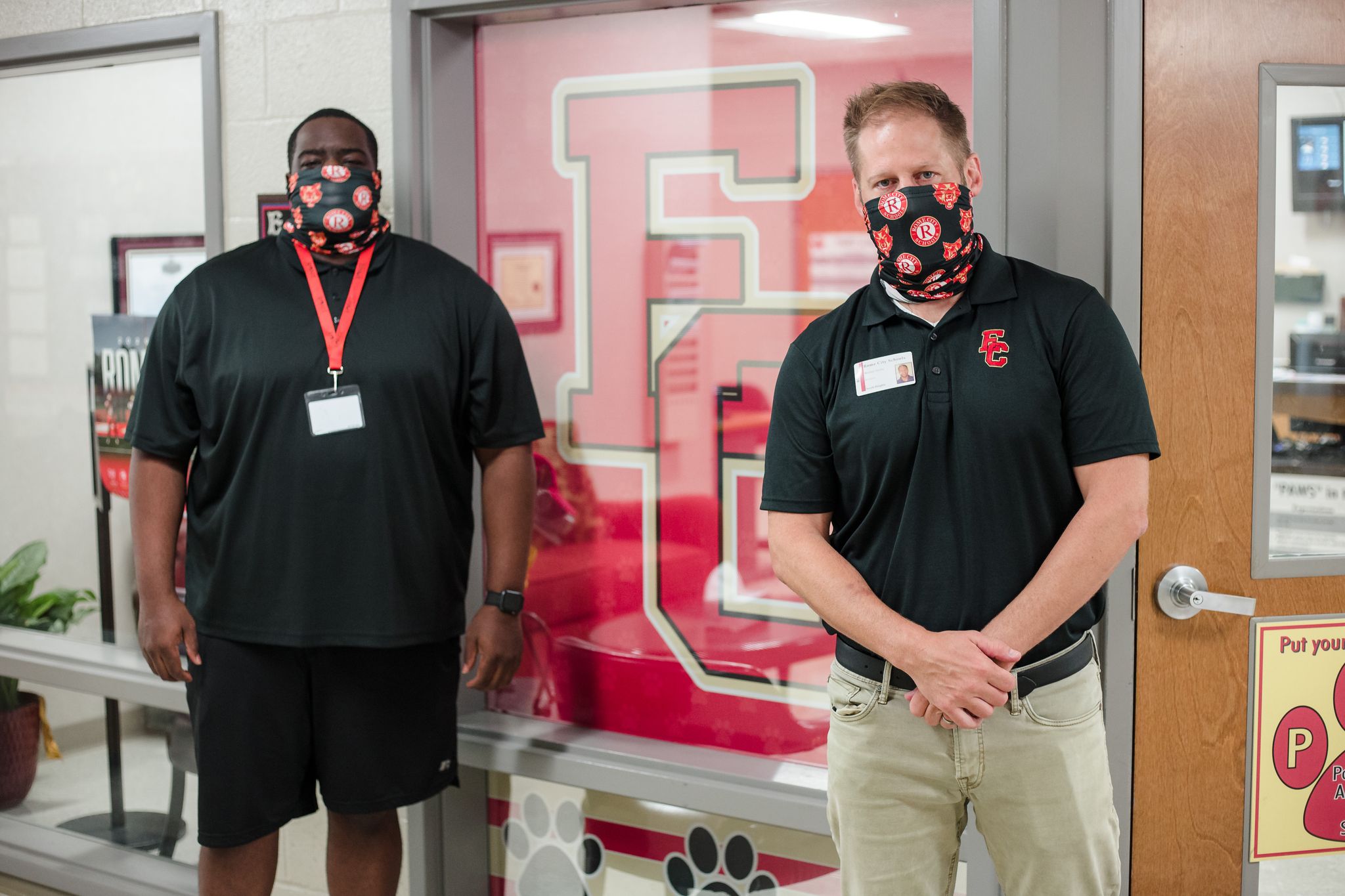 “I think I have a photo of him right here,” said Wesley Styles who serves as principal of East Central Elementary while he pulled a framed picture of Emanuel Woods from his office bookshelf. “He was in high school and this is when Rome finished second in the area tournament. This was a really big deal because we had five wrestling teams ranked in the top 10 from our area. So, to finish second in our area was a huge accomplishment.”

Styles, who coached the Wolves’ wrestling team early in his career, had no idea that Woods was wrestling with things in his life other than his opponent. The 220-pound athlete would become like family to Styles, and he is so happy to now work alongside Woods in serving the students at East Central Elementary School.

“He is like our Charlie Culberson here at East Central,” Styles chuckled as he used the Atlanta Braves multi-talented player to explain what Woods does while working at EC. “He is covering P.E. right now because our P.E. teacher is out, but he was hired to work in our ISS (in-school suspension) classroom. We don’t really have a lot of ISS students here at East Central, so he works more in a mentoring role, as well.”

Woods graduated in 2008 from Rome High School and Styles formed a relationship with him in eighth grade. Woods transferred to East Central as a sixth-grade student which started his journey to self-discovery, and because of the support from educators and family friends, he was able to tap into his true passion for serving children.

“I remember picking him up from home for wrestling practice. He lived behind the YMCA and I remember him joining me on the weekends to work with me around the house. I knew his family did not have a lot of extra money, so I wanted to find a way to pay him and help him out,” Styles recalled. “Even after he left and went to college at Tennessee Temple in Chattanooga, he would always come by to see our family when he was in town.”

The kindness shown to Woods by Styles and many others in his life was instrumental to his educational success. According to Woods, he struggled with his studies and Rome City Schools teachers were the reason he was motivated to do better in class.

“I struggled in school all the way to fifth grade. I was written up for behavior problems in class almost every day,” Woods recalled. “We moved around Rome a lot, so I had been a student at Main and Anna K. Davie

Elementary Schools, too. When I started school at AKD, I was placed in special education. My special education teacher at AKD pulled me aside and tried to find out why I was having trouble reading and misbehaving. Her name was Debbie Holden. She was able to really get my attention and tell me that I was not a bad kid. She told me that she wanted to help me. She went above and beyond for me. She would get with me over the summer and teach me how to read. It was because of her that I decided to start trying to be a better student.”

Woods said that instead of playing with his friends outside after class and during the summer, he would work on assignments given to him by Holden. When he continued to struggle, she suggested that he be tested for a learning disability. The testing concluded that Woods was dyslexic.

“That was one of the reasons why it was hard for me to learn to read,” Woods said. “But we moved to East 9th Street which put me in the East Central school district. I remember being upset with the move because I felt like I was making progress at AKD. I felt like I had someone to support me. But when I arrived at East Central in the sixth grade, I was placed in the regular classroom. But I kept working like I had while enrolled at AKD. My teacher was Mr. Jim Moore and the classroom structure was different. There were not as many distractions. All of my classmates were working hard, and I was determined to not be the only one who was failing. With the support of Mr. Moore and my classmates, I made the honor roll for the first time in my life when I arrived at East Central.”

Coming back to the place where he made the honor roll for the first time, and helping other young men facing the same challenges is fulfilling, according to Woods. He said that he knows their plight and helping them find the way to success in the classroom is just paying it forward.

Woods went on to wrestle in college at Tennessee Temple. In reflection, he said that wrestling for Styles was a way for him to release his pinned-up energy and relieve stress. Coupled with a support system and appreciation for learning, Woods developed a plan that he believed could be implemented anywhere a child was in need.

His mother worked to care for Woods and his siblings, and she made as many of his matches as she could. Her most important role was providing for her family and that is one of the most noble ways to show loved ones that you care.

“Coach Styles invested in me not only on the mat, but in my entire life,” Woods said as Styles moved his tissue box closer for easy access. “He taught me about hard work and earning what I wanted out of life. To not have a father in the home and for a man to take me under his wing and teach me how to fix things made all the difference for me. I still call him and ask him how to fix things.

Other community members like Randal Ray who served the youth at Swan Lake Chapel stepped in and filled in the missing pieces of Woods’ life. Still, his most powerful motivation was making his mother proud.

Before retuning to East Central where he hopes to change lives, Woods worked for an organization in Opelousas, La. called Hope for Opelousas as a mentor. There he would help kids with homework and coach basketball teams. He also worked for another mentoring group call Common Ground in Montgomery, Ala. where he did much of the same work.