Pinewood and Claxton Battle on the Diamond 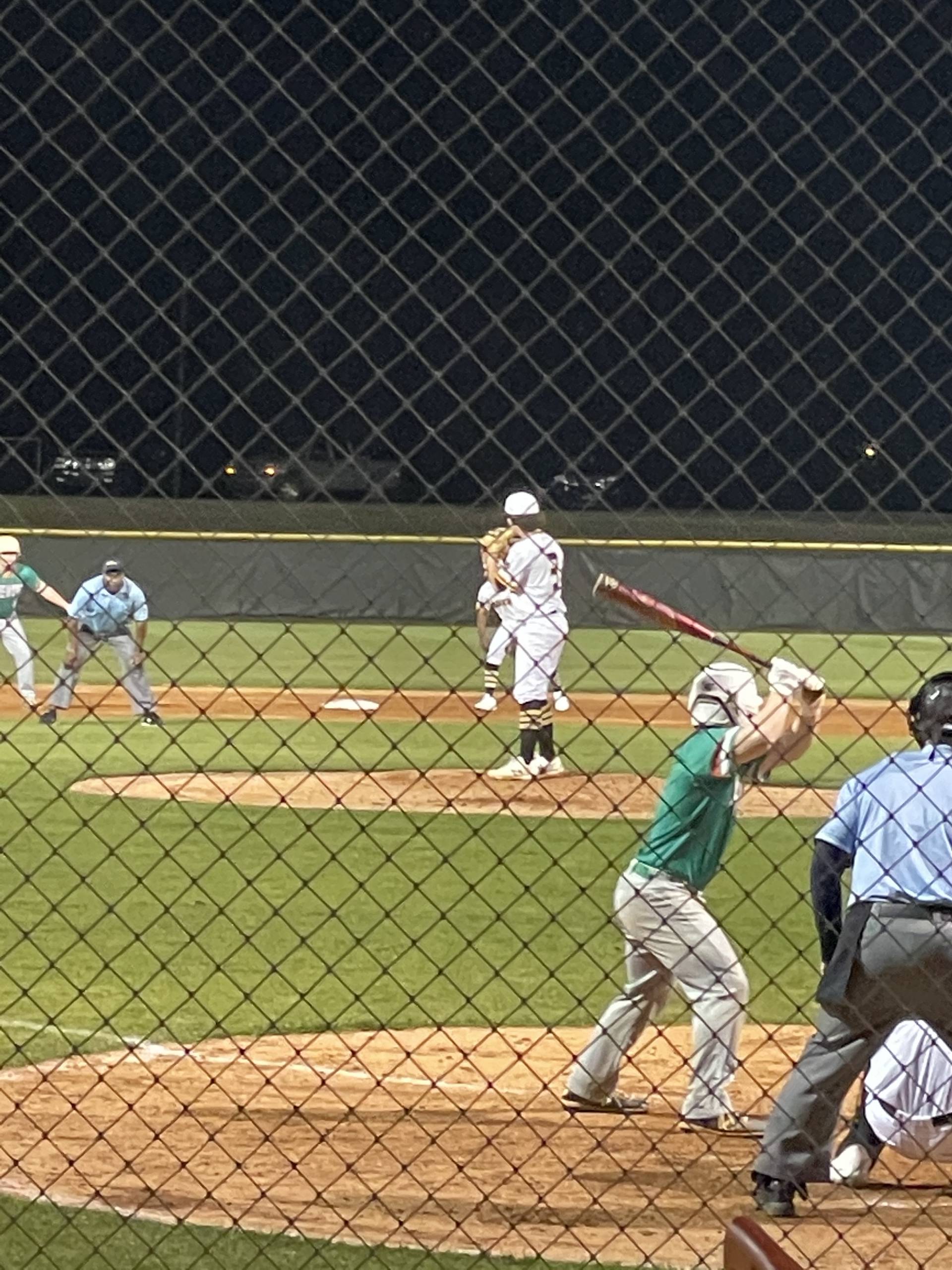 A huge crowd gathered Friday night to watch the local high schools play their second head-to-head game in four days.  Pinewood defeated Claxton on Tuesday by a score of 5-1.  Friday’s matchup was hosted by Claxton at Tiger Town.

Claxton fell behind early and could not come back in a 9-4 loss to Pinewood. Pinewood scored on a single by Garrett Bland in the first inning and a passed ball during Mic Wasson’s at bat in the second inning.

In the bottom of the first inning, the Tigers tied things up at one. Cooper Yanzetich singled on a 0-1 count, scoring one run.  Jax Lewis then struck out Landon Hendrix to end the rally and hold the Tigers to the one run.

The Patriots added two runs in the top of the 2nd without the benefit of a hit.  Aiden Woolard reached to start the inning with a hitch by pitch.  After an error and a couple of fielder’s choices the Patriots led 3-1.

The game stayed at 3-1 until the top of the 5th.  After recording two strikeouts, Claxton gave up one run a walk and a single from Walt Durrence.  Claxton would come back to score two runs in the bottom of the inning on a Tanner Henry infield single.

Lewis did a good job of keeping the Tigers off balance. Lewis went six innings, allowing three hits and four runs while striking out eight.  Woolard closed the game out on the mound for Pinewood.

Eli Sapp took the loss for the Tigers. The righthander went five innings, allowing four runs on four hits and striking out five.