Body camera footage shows two nurses and a doctor at Evans Memorial Hospital telling police that a woman brought in for a mental health evaluation cannot be seen because the CEO of the hospital at the time had the woman on the ‘black list.’

“You’re wasting your time. You have a person who is not too bright, not the brightest light in the shed,” the Emergency Room doctor says on video. “You understand? She’s probably mentally retarded, but I’ll look at her and see…She needs to be in a lockdown unit somewhere.” 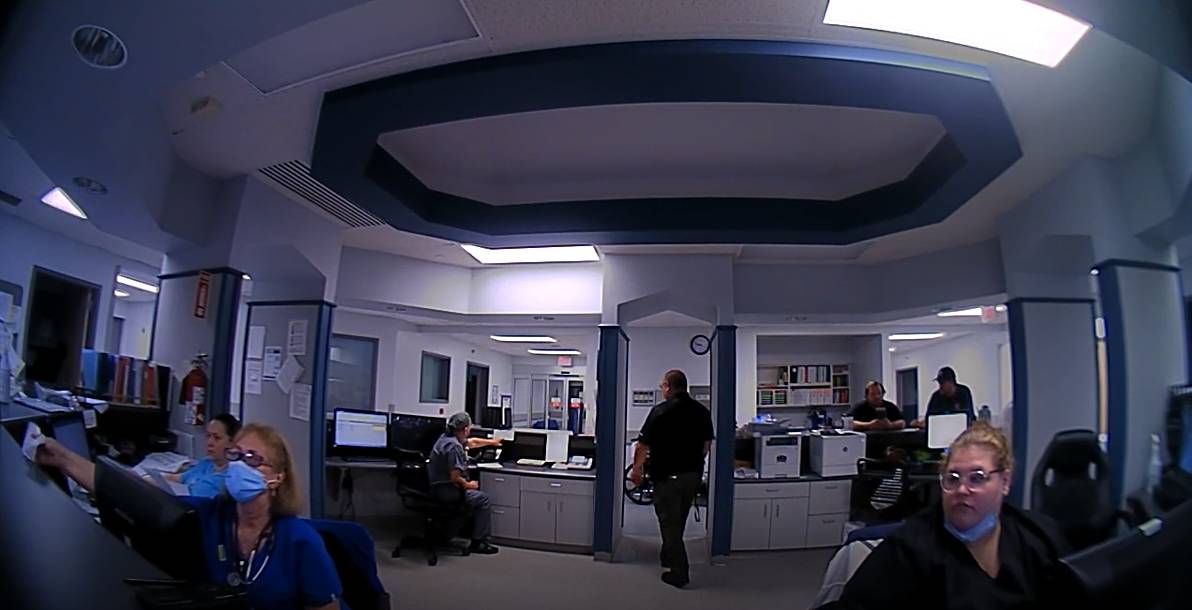 Due to the sensitive nature of mental health matters and in the interest of the privacy of the individual taken to the hospital, the name of the woman referenced in this story has been changed. Additionally, any references to her or her family members have been edited in this article.

Body camera footage obtained through an Open Records Request shows two nurses and a doctor at Evans Memorial Hospital in Claxton telling Claxton Police Officers that a woman brought in for a mental health evaluation cannot be seen because the CEO of the hospital at the time had the woman on the ‘black list.’

Jane’s incident occurred only three weeks after the officer-involved shooting which followed a discharge by Evans Memorial of Yassin Mohamed from the emergency room against the pleas of a deputy who told hospital staff Mohamed was a threat to himself and others.

This particular incident occurred on May 27, 2020, at which time Officer Dustin Skipper responded to a call of a woman trying to cross the railroad tracks and holding up traffic. He arrives on scene to find 67-year-old ‘Jane’ disoriented, wandering in the street, and talking to small figurines she identified as real humans. She tells Skipper she is looking for a family member and that the figurines she is carrying are real. “This is a real person but nobody believes me.”

Officer Skipper, who is familiar with Jane, asks dispatch to verify that Jane was dispatched from the hospital, as he had seen her there the night before. Jane tells Officer Skipper she’d like to sit down and that she was told that she is pregnant, so he opens the car door for her to sit with air conditioning. After every question, Jane returns to the point that the figurines are real people with a real baby.

Skipper makes the decision to transport the woman for a mental health evaluation, noting that the police department has a file with ‘ten to twenty reports’ involving Jane. He asks dispatch to call Mobile Crisis and relay the number of reports, that they have 50-60 calls on Jane, and that she’s currently in need of help.

An Open Records Request filed by AllOnGeorgia for those incident reports and narratives shows sixteen different calls over the previous eight months, many of which include statements by Jane’s family detailing Jane’s schizophrenia, bipolar disorder, and dementia. The call notes include a range of incidents from hallucinations and confusion to violence and refusal to take medication. On a number of occasions, CPD and family members contact Mobile Crisis, a 24/7 on-site crisis management program administered through the Georgia Department of Behavioral Health & Developmental Disabilities.

Upon arrival at the hospital, Officer Skipper explains that Jane needs to be evaluated because she is ‘not in her right mindset.’ During the conversation, Jane can be seen on body cam footage talking to herself and her figurines. One nurse asks who is coming to get Jane before another asks the officers to take Jane back to the lobby and to wait with her.

“No one is coming to get her. She needs help. She is not in her right mindset and something’s going to happen to her,” Officer Skipper tells the nurses. After asking if she is homicidal or suicidal, to which Officer Skipper replies that he has ‘not heard her express that,’ the nurse says Jane cannot be seen ahead of the other patients.

Officer Skipper and Officer James Waters take Jane to the waiting room and get her situated with a mask and her figurines. Skipper receives a call, during which he is told that Mobile Crisis cannot respond to the hospital unless the hospital requests that the unit respond. “They should be able to evaluate her at the hospital and then have her transported where she needs to go,” Skipper is told. A hospital employee in the waiting room mentions that Jane would need to be arrested for Mobile Crisis to respond.

The officers return back to the nurse’s station where Skipper informs the nurses and now an emergency room doctor that another officer is going to keep an eye on Jane and that he and Officer Waters will speak with her family when they arrive from Toombs County.

“She can’t be seen here,” another says pointing to a paper taped to the nurse’s station. “According to our C.E.O.” 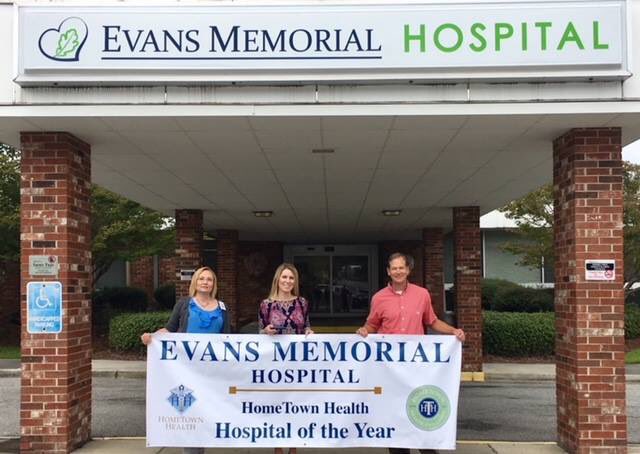 The E.R. doctor, Dr. Jean-Paul Landry, points to a paper in front of his work station, “According to administration, she can’t be seen here. You’re wasting your time….Per C.E.O. Nikki NeSmith, [Jane] cannot be seen here.”

Audibly frustrated, Officer Skipper tells the doctor that the woman needs help. “Are you refusing to see her? We deal with her all the time. Nobody seems to care to do anything. No one will help her.”

“You have a person who is not too bright, not the brightest light in the shed,” Dr. Landry says. “You understand? She’s probably mentally retarded, but I’ll look at her and see…She needs to be in a lock down unit somewhere.”

1013/Mental Health Obligations in the State of Georgia

A “1013” is actually a form used to initiate transportation to an “emergency receiving facility” and is completed by an authorized licensed clinician. The language on this form outlines its appropriate use, which includes emergency assistance for persons persons who are:

In order for a peace officer to transport to a facility for a 1013 evaluation, a person must commit an offense AND probable cause to suspect an individual is mentally ill and needs involuntary treatment must exist.

It is not uncommon for an emergency room to receive a 1013 patient and then assist in transfer to a mental health facility for longer term care. According to the ‘Emergency Admission Process Map’ published by the Georgia Department of Behavioral Health & Developmental Disabilities, a person need not be ‘suicidal’ in order to be ‘a candidate’ for a 1013.

The mental health unit at Evans Memorial Hospital is for voluntary patients only, according to hospital staff, but a number of medical personnel at EMH are authorized under Georgia law to complete a 1013 form and assist in transferring a patient to an appropriately equipped facility.

Family members tell officers that Jane has been aggressive and they fear she will walk into the wrong house during one of her episodes. Jane’s daughter-in-law mentions that Jane has a doctor, but they cannot call her after hours. They also tell officers that they’ve called Mobile Crisis a number of times, but they were told they cannot respond unless Jane is suicidal, a stipulation not outlined on the state agency website.

The family and the officers discuss Jane’s threat to herself and others at length, as well as the risk of her wandering in the road confused and unaware of her surroundings.

Officer Skipper returns to the nurses station, where he is told that Jane will be released if the doctor medically clears her. The nurse also says Jane cannot stay at the Behavioral Health Unit because she “does not have Medicare Part A, which pays for your in-patient care.” A second nurse, without looking up from her computer, says, “No, that’s not the reason. The reason is there are family issues.” They go on to say that if something else comes up in her labs, the hospital will keep her longer.

“But if he 1013’s her, she will be held here until a facility can take her, correct?” Skipper asked the nurse.

The officers call Chief Dale Kirkland for additional direction, who responds to the hospital to assist.

Police Chief Arrives at the Hospital

Once Claxton Police Chief Dale Kirkland arrived at the hospital, the approach to Jane’s care appeared to take a different turn. On body camera footage, Kirkland can be seen making a number of calls, reaching out to Mobile Crisis, and speaking with hospital personnel inside the building. “We have been denied by Mobile Crisis and we have got to get some help.”

The same doctor who cited the C.E.O’s order earlier in the evening joined Kirkland, his officers, and the family in the lobby to discuss treatment options.

Jane’s son tells Dr. Landry that Jane has been violent and has not been taking her medications. The doctor asks why Jane is not a ward of the state. “If she’s well enough to make decisions for herself, we can’t keep her because of her privilege, you know what I’m saying?” Dr. Landry says. “I will evaluate her and we will probably keep her overnight.”

Chief Kirkland tells Dr. Landry that Mobile Crisis is also on the way to the hospital.

Dr. Landry responds by telling Kirkland and the family that they have to get paperwork from a judge. “We need permission to put her away…We need to put her in the right place once and for all,” after family members share that Jane has been treated at mental facilities in Milledgeville, Baxley, and Twin City.

Kirkland goes outside and returns with Jane’s daughter-in-law, who Dr. Landry tells he will “1013 Jane with no problem at all….Eventually there will be a tragedy out of this. She will die or she will kill someone.” He tells the family he will sedate Jane for the evening and that they need to contact a judge in the morning. “I’ll do my best and let God do the rest,” Landry says before leaving the lobby.

The complete incident report is below. The complete body cam footage from the initial interaction is uploading and will be added.