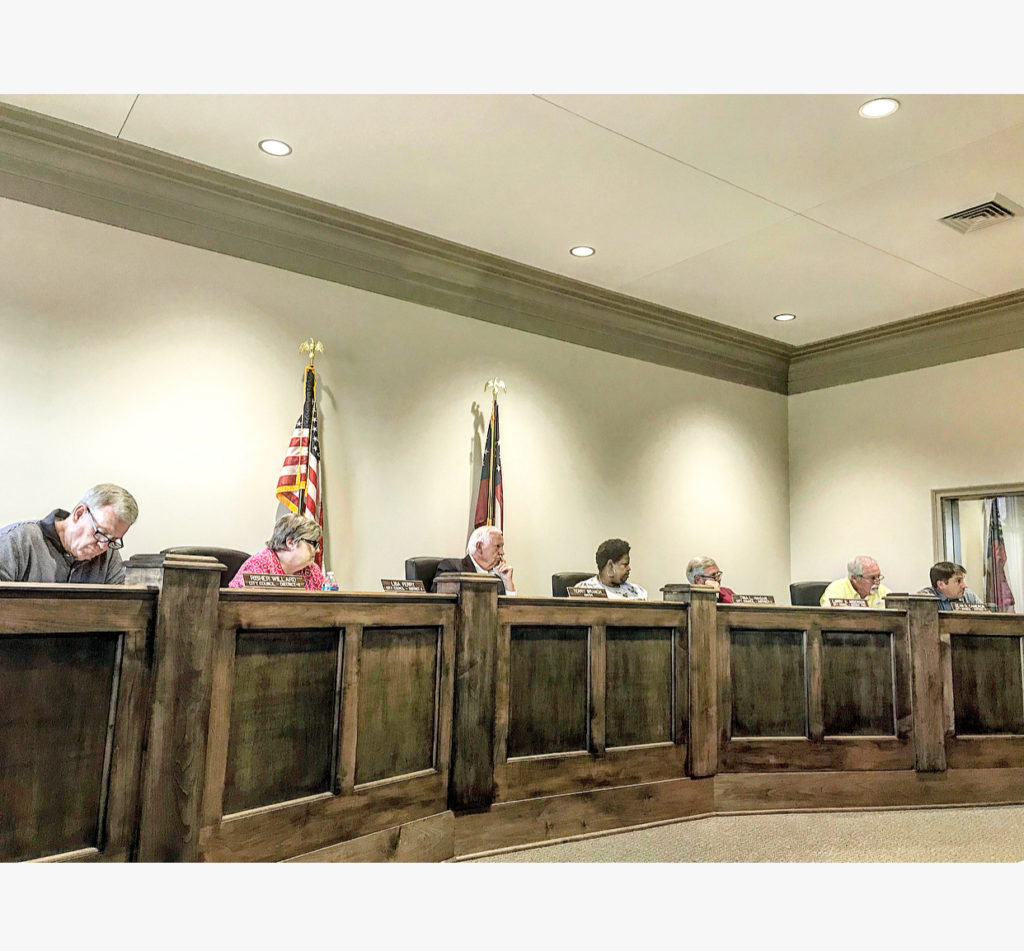 The Claxton City Council voted Monday night to set a tentative millage rate which would reflect a property tax increase of just over 40%.

Claxton City Council members voted to set the tentative millage rate at 11.06 mills — a 3 mill increase —to be formally approved during a called meeting on October 7th at 6:00 p.m. The city is required to hold public hearings ahead of the vote for approval to allow questions and comments from city residents. Those hearings are set for September 26, 2019 at 11AM and 6:00 P.M. and October 7 at 5:30 PM.

The City of Claxton has held its millage rate at 8.06 mills for at least the last five years, only seeing an increase in taxes collected in 2017 and 2018. Even still, the City of Claxton’s spending has only increased and the last two audit reports have shown expenditures exceeding revenues and almost complete depletion of the enterprise funds which previously resulted in a surplus used for emergencies. The City has also hired more employees and approved funding for local charities as well as the Chamber of Commerce.

Mayor Terry Branch, who has been been serving as the City Administrator in addition to his elected duties, said the millage rate had already been approved by Council but they needed to advertise it with the legal organ. Branch did not say when the Council approved the numbers.

During the meeting, Councilman Risher Willard asked what the actual increase was for the millage rate because the 5 year look back documents did not match what was going to be advertised in the newspaper. The 5 year chart showed an increase of 40% while the notice to run in the paper showed a 37.89% increase and a millage rate increase by up to 8.021 mills. The city clerk said she would contact the tax assessor’s office Tuesday to find out.

AllOnGeorgia confirmed the increase is 40.5%.

Councilwoman Lisa Perry asked Branch how long the millage rate needed to be advertised before the hearings could be held and the rate could be approved, but he was not able to answer the question. In 2018, Claxton‘s budget adoption was in violation of state law and in both 2018 and 2019 the budget adoptions were not properly adopted.

County Attorney Bill Callaway asked the Council to clarify because of the discrepancies between the 5-year chart and the legal notice for the newspaper. “Is that really what y’all plan to do?”

No changes were made, however, and the motion to advertise the millage rate was approved unanimously 6-0. Councilwoman Joy Freeman was not present.

While the county commissioners have not yet set their own millage rate, the Evans County Board of Education plans to raise their millage rate only slightly — by less than 1% — and only to stay in compliance with state law regarding equalization money which sends the school district a lump sum of unrestricted funds each year.