Property owners lash out at Evans Board of Ed. Over Tax Rate 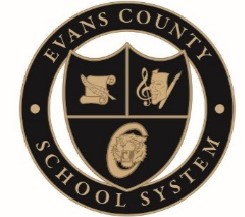 The Evans County Board of Education heard from an angry crowd of property owners and residents Monday night at their third public hearing for the 2017 millage rate.

In a packed room of residents upset by the Board’s intent to keep the millage rate higher than necessary, board members entertained comments from a less than understanding crowd for nearly an hour.

The meeting once again began with a presentation by Dr. Waters on the needs for the district as well as the school system’s placement relative to other school districts in the state. Waters told the room that 85% of school districts have a higher millage rate than Evans County and the goal is to avoid cutting programs on a reduced budget while also decreasing the deficit. He said six teaching positions were eliminated as were four parapros and one district office position. Another position of a part-time district office employee was also eliminated.

The state of Georgia requires at least 5 mills be levied to receive any state funds at all while counties that receive equalization money from the state must lev at least 13.5 mills. Evans County is one of those counties, but has had a millage rate over 14 mills for several years. More on that here.

Below are comments from just a few of the residents that spoke:

“Although the 5.17% tax increase affects all taxpayers, I think it most adversely affects senior citizens that are landowners. At the last budget meeting, it was incorrectly stated that the state required 14 [mills] in order to receive equalization funds. That is not correct. But we’ve been paying that for five years – we’ve been paying it all along. We pay an additional 1% SPLOST tax that affects all of us. That is the equalivalent of 4.73 mills. That makes a susbtantial difference in what we actually pay. Our county operates on $6.5 million. The Board of Education budget is $15.2 million.”

“I urge the Board to consider cutting expenses any way you can, look at it very carefully and consider rolling back the millage rate. As you see, most of these people that are here are over 50. I’m way over 50. And it is putting a burden on a lot of these people because their income has been cut drastically. We cannot afford to keep paying higher and higher taxes. I think only 30-40% of people in Evans County pay taxes.”

“I just want to address the emergency fund. Tattnall County’s emegency fund is reported to be $1,742,665 for FY 2018 while Evans County has over $3 million. Tattnall County has over a million dollars less than Evans County for unforeseen expenses even though it is a much larger system and therefore would have more potential emergencies. Everyone, including me, needs an emergency fund…but holding back $3 million while raising the millage rate of taxpayers money seems a little bit excessive. I urge the Board of Education to reduce this amount as Tattnall County did and provide relief to senior citizens taxpayers who are paying over 65% of the taxes in the county.”

“You guys up here are really complacent because you guys go with what he says. You’re elected in here, but maybe come election time, things will change. {applause} In a June 2017 news article, Dr. Waters stated that 19% of the equity fund was budgeted but the state only requires 15%. In other words, the Board of Education holds back 4% of our taxpayer money. So why does Board of Education keep 4% more than the state requires? This money is collected from the taxpayers. I’ve got 9 or 11 counties that are lower than us – we are the highest ones. You said we weren’t but we are the highest ones.

We’ve been paying way too much money and it’s got to stop. See you guys at the polls.”

Another gentleman, Daniel Hodges, 78 of Evans County, said there was a little “shindig known as the American Revolution some 200 years ago. Over taxation without representation. I haven’t had a child in school for over 30 years. When do we get a break? When is enough enough?”

“I’m 68 years old and I’m still paying school taxes. When does it stop for a senior to pay school taxes? I know we have to pay property tax. That’s a privilege of having property. And I know we need good teachers and we need new schools. But when does it stop for the seniors so they can enjoy the roses? I don’t think everyone in this room is getting $3,000 a month in retirement. When you hit 65 years old, you should not pay anymore school taxes. You’ve paid your dues. Let the young people finally start carrying the load. Why do the seniors carry the load?…The majority of us are paying for everyone. We’re still paying school taxes for everyone. When does it end?” [applause]

“I hope you will take what I say into consideration before your final decision. I have a small farm in the north end of the county…commodities are bringing nothing. I mean nothing, I know y’all are in a different profession, but farmers are having a hard time. Every commodity is bringing nothing and they aren’t making a dime. Please take into consideration the taxpayers in this decision.”

“I want to thank you for being professional in this meeting in the last. People asked questions, you listened and you answered in a professional and mannerly way. I’ve been listening and every Evans County adult is saying the same thing, “Please consider the roll back” and my request is the same.”

“When you, as Board members, were elected, we entrusted you to act in the best interest of our children, as well as our taxpayers. I ask that you reconsider this tax millage increase, as well as ways to reduce the school operating budget. Please respond to this appeal in a way that we can restore the confidence we placed in you to act on our Board of Education for the best interest of all people concerned.”

The Board was set to adopt a millage rate in the meeting immediately following the public hearing, however, Waters recommended that the Board hold another meeting next week in as a safe guard for state law compliance. Due to the rescheduling from Hurricane Irma, the Board wanted to ensure proper notification was given to the public on meeting dates.

The Board will hold a final hearing on Thursday, September 28 at 11:30 A.M. The public will be permitted to speak at this hearing and the Board is set to vote on the millage rate at noon. The meeting will be held at the Board of Education office.