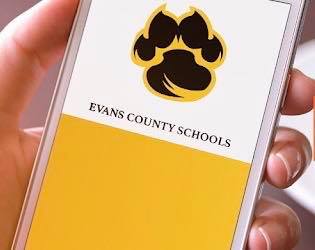 Following yet another vote on personnel recommendations without disclosing to the public the information on which Board members are voting, AllOnGeorgia has filed an Open Meetings Act related complaint with the Georgia Attorney General’s Office.

AllOnGeorgia previously published a letter from the Georgia Attorney General’s Office addressed to another school district detailing why the practice is not permissable under law, however, County BOE attorney Ron Hallman told AllOnGeorgia Monday night that the Attorney General “does not make the law.” His full audio and comments are in the letter and were attached to the AG complaint.

The text and corroborating information is below.

Please consider this a formal complaint against the Evans County Board of Education with regard to the Open Meetings Act.

In October 2017, I brought to the attention of the Evans Board of Education the code section under Georgia law that requires matters discussed in Executive Session to be voted on in open meeting. The Board was making a vote for generalized ‘personnel recommendations’ without naming anything specific about the personnel recommendations and never announced during the public meeting what recommendations were being voted on. I brought it to the Superintendent and published an article and was informed that the practice was ‘in the best interest of the personnel.’

The audio of the October 23, 2017 workshop meeting in question is below:

Over the last 11 months, the Board has repeatedly conducted matters related to personnel in this manner and has repeatedly refused to disclose to the public what is being voted on at the time of the meeting. This appears to be a direct violation of O.C.G.A. 50-13-3(b)(2).

On September 5, 2018, I published a letter from the Attorney General’s Office to the Valdosta City School Districts in hopes this would encourage the Board to alter their behavior, but that has not occurred.

I inquired with the Assistant to the Superintendent and she informed me that despite the lack of mention of the specifics of the meeting and motion, the specifics are included in the minutes for the next monthly meeting. The correspondence with her is screenshotted in the bottom of this article.

At the September 24th meeting, the Board of Education once again voted to approve ‘personnel recommendations’ which is recorded on video. You can see the vote in the YouTube link  (39 seconds) as the last motion ahead of the meeting. The most recently vote on 9/24 was not discussed in Executive Session but it was still not included as part of the official meeting as a general motion was made and the specifics will be amended to be part of the minutes at a later date, per their policy.

After adjournment, I asked BOE Attorney Ron Hallman when he was going to do something about the violations of the Open Meetings Act and mentioned legal opinions and letters previously provided to AllOnGeorgia by the Attorney General’s Office. He told me that he did not agree with me and that the Attorney General ‘does not make the law.’  Mr. Hallman seems more concerned that I did not disclose it was his school district I was inquiring about when I contacted you about the legality of the practice. The audio of my minute and a half conversation with him is below.

This is not an isolated incident, as it has occurred a number of times, and it is my hope that your office can offer some enforcement of the law that would speak to the blatant transparency issues in the Evans County Board of Education meetings.

Any assistance you could offer would be greatly appreciated.