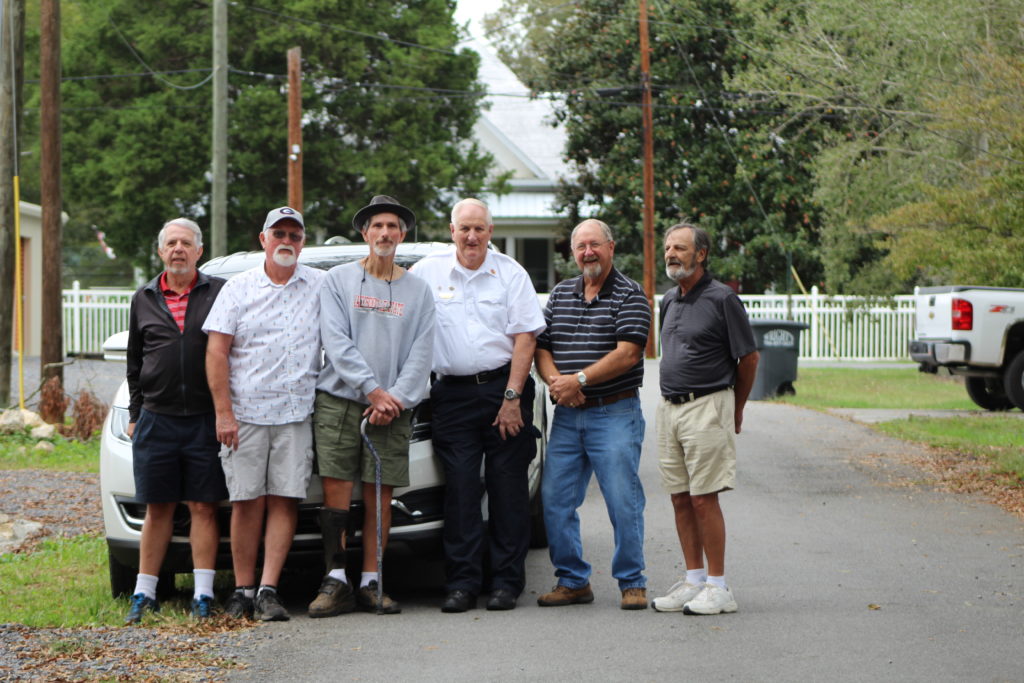 The Back Alley Gang of Lyerly: Mike Caldwell, Billy Cook, Billy Bryant, Ronnie Stephens, Butch Gardner, and Robby White met last week on the same street in Lyerly where the original picture was taken and posed as several cameras snapped their picture. 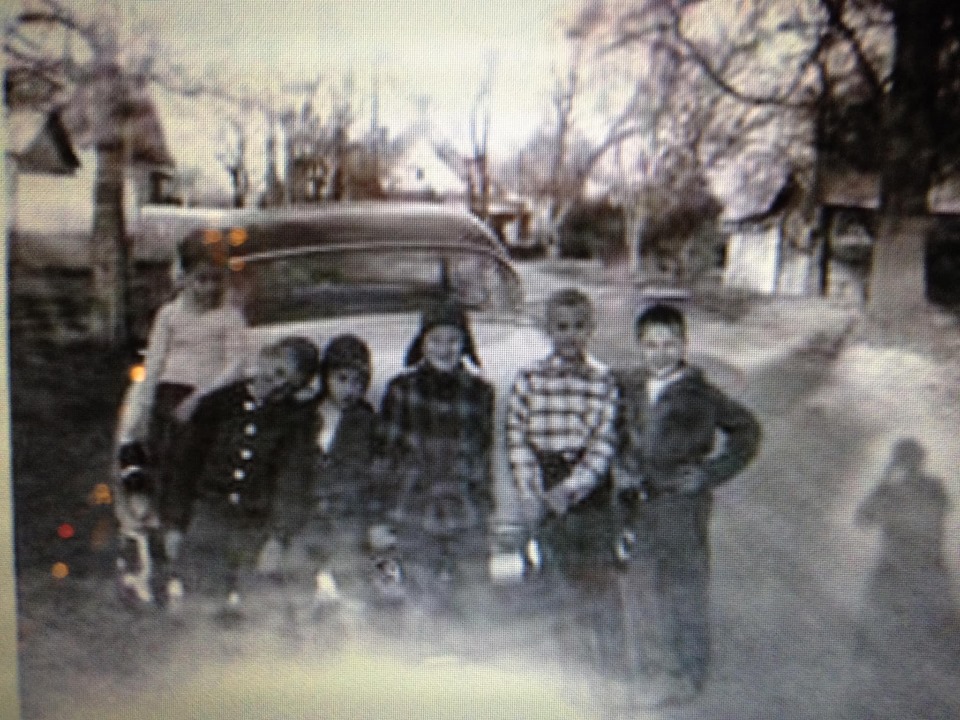 For the last several years the Back Alley Gang have been talking about recreating the photo taken in 1956.

The idea started when the picture was posted in the Facebook group, Lyerly, Ga Memories.  The members of the gang, some live in other states and areas, finally found a time when they could all be on Chattooga Avenue to recreate the photo.

The street now is unrecognizable in comparison to the residential street of the 1950s. Storage building units sit on one lot, while four tiny homes sit on another lot.

It was obvious that the condition and upkeep of Lyerly was a sore spot among the group who grew up in a Lyerly which was a bustling, fun town.

“The big thing when we were growing up in Lyerly, Georgia was when the train came,” said Robby White.

The train at that time ran twice a day, northbound and southbound, “My mom and aunts used to get on the train here in Lyerly or Holland and ride to Rome and shop all day and ride back,” said Ronnie Stephens.

The gang recalled BB-gun battles, gifts from W.H. Smith, busting out W.H.’s window in his new Buick with a baseball, breaking an apple tree branch, drag racing down Lyerly Dam Road, shooting sub-machine guns on the way to Henry Allen’s house, and plenty of whippings from their parents.

When asked what happened to Lyerly, when did it change, each gang member said the same thing, “when the high school closed and they made us go to Summerville High School.”

In the fall of 1961 Lyerly and Menlo High School students were required to consolidate and attend Summerville High School, it was not until the spring of 1965 that the original Chattooga High School was completed. The subject was still a sore spot among the group.