Voltaire Peter Pierre, a former corrections officer at Hays State Prison, has pleaded guilty to smuggling methamphetamine, crack cocaine, and marijuana past prison security and into the hands of inmates in exchange for payments. 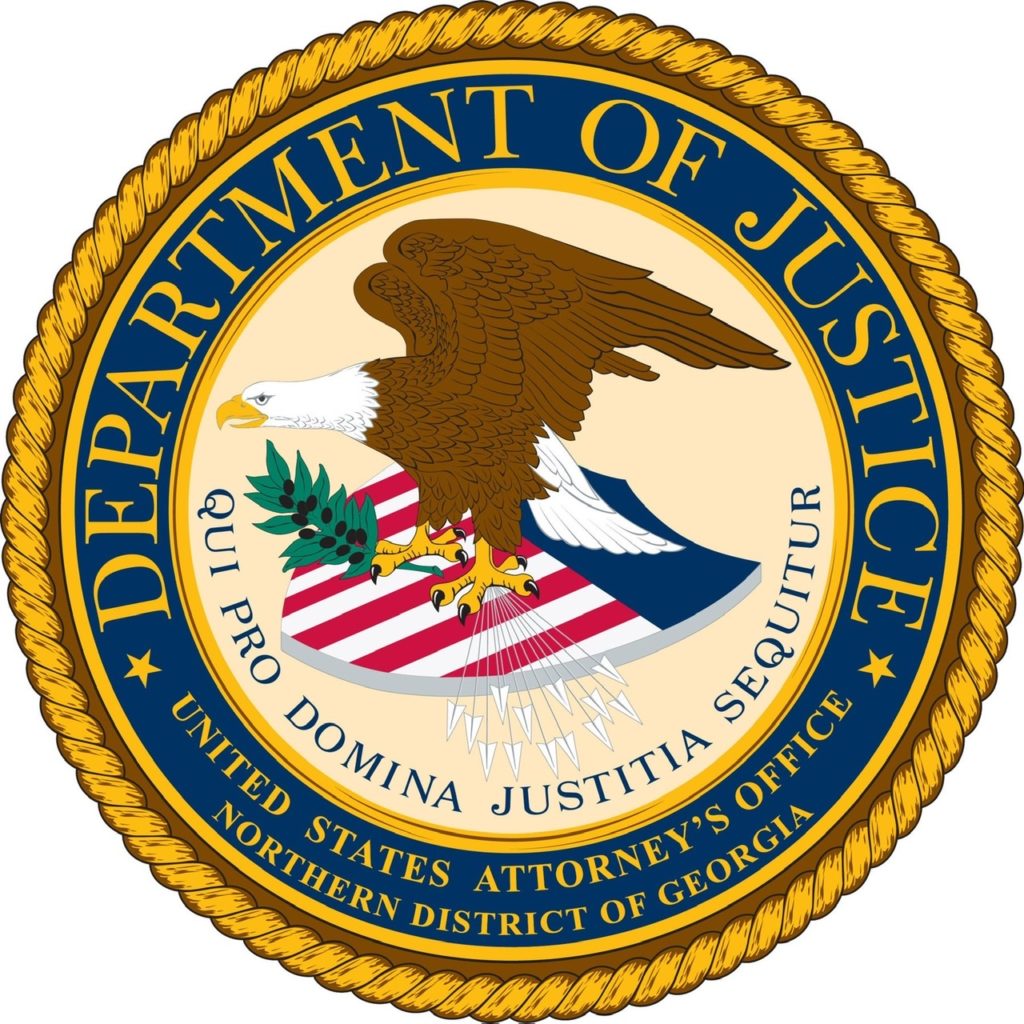 Voltaire Peter Pierre, a former corrections officer at Hays State Prison, has pleaded guilty to smuggling methamphetamine, crack cocaine, and marijuana past prison security and into the hands of inmates in exchange for payments. Because Pierre stored the drugs at his family home before smuggling them into the prison, he also pleaded guilty to possession with intent to distribute methamphetamine on premises where a minor resides.

“Public service is a duty and a privilege, not an opportunity to leverage a position of trust for personal financial gain,” said U.S. Attorney Byung J. “BJay” Pak. “As a former corrections officer, Pierre violated his oath to uphold the law, betrayed the community, and endangered his fellow officers and inmates. We will continue working with our federal and state law enforcement partners to ferret out and remove corrupt officials and to combat the flow of drugs and other contraband into our prisons.”

“Smuggling illegal contraband into a prison not only jeopardizes the safety of staff and inmates, it also fosters criminal activities inside and outside of the prison,” said the Special Agent in Charge of FBI Atlanta, Chris Hacker. “Pierre not only violated his sworn oath, but betrayed every hard working corrections officer. The FBI will vigorously pursue any allegations of corruption in these facilities to ensure the safety of both staff and inmates.”

“The Georgia Department of Corrections maintains a zero tolerance policy for individuals who choose to ignore their oath and jeopardize our non-negotiable mission of public safety. We appreciate the support of our Federal partners in our efforts to see that justice is served on this former Officer,” said GDC Commissioner Timothy C. Ward. “The actions of this individual do not reflect the hundreds of Officers who are committed each and every day to ensuring the safety of the public and the safe operations of our facilities.”

According to U.S. Attorney Pak, the charges and other information presented in court: Beginning in June 2018, and continuing until his arrest on October 1, 2018, Pierre smuggled methamphetamine, crack cocaine, marijuana, and tobacco into Hays State Prison in Trion, Georgia, for distribution to inmates, many of whom were members of the Bloods criminal street gang. He coordinated with inmates and their associates outside prison to arrange drug drop-offs at motels and at his family’s home. After receiving the drugs, the defendant smuggled them into the prison in soup containers and other seemingly innocuous items. Inmates and their associates paid the defendant through a mobile payment app.

On October 2, 2019, Voltaire Peter Pierre, 39, of Norcross, Georgia, was charged via criminal information with (1) conspiracy to possess with intent to distribute methamphetamine, crack cocaine, and marijuana and (2) possession with intent to distribute methamphetamine on premises where a minor resides. Pierre pleaded guilty to both of those charges.

The Federal Bureau of Investigation is investigating this case in coordination with the Georgia Department of Corrections.