Baker and White Team Up for Souljah Stories Documentary 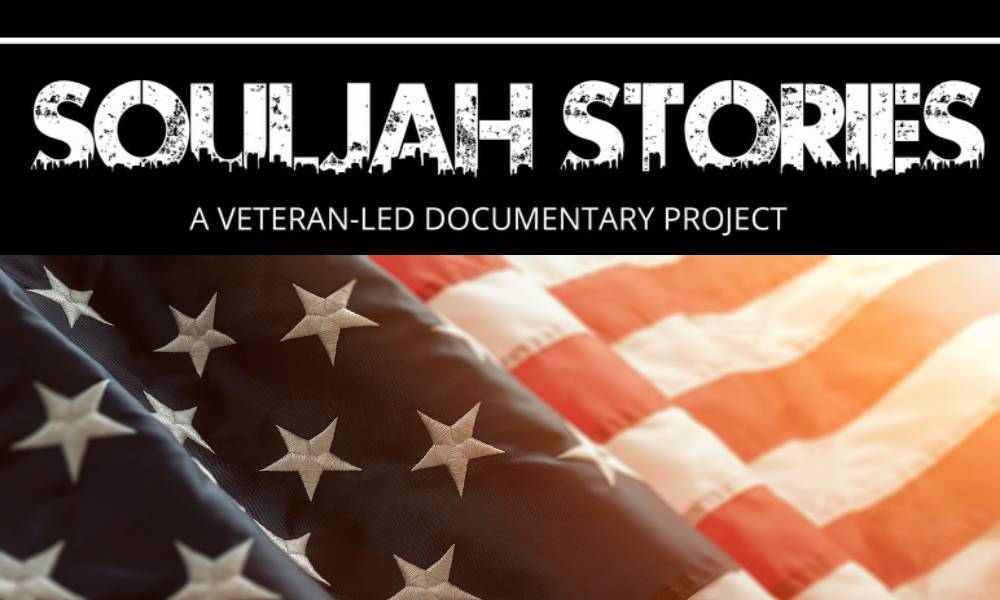 Greg Baker, a former soldier, retired from the Army as an Infantry First Sergeant has laced up his boots for his next mission.

Baker has teamed up with an old Army buddy turned film-maker Thomas White. The duo are in the process of making a documentary to tell the stories of the soldiers Baker led and served with in combat, and the stories of their family members.

Tragically, despite having deployed to Iraq and Afghanistan 13 times, Baker lost more of his soldiers and friends to suicide than in combat.

“I’ve grown sick of hearing about “22 a day” and I want to do more than “spread awareness””, Baker said. A single number has shaped the way that Americans think about young military veterans. It’s the number 22, as in, 22 vets take their lives each day. The number has become a rallying cry for advocates trying to call attention to suicide among vets, especially those who served in Iraq and Afghanistan.

Souljah Stories: A Veteran-Led Documentary Project will allow the veterans to tell of their experiences before, during, and after combat. Returning home can prove to be a battle, different than war, but no less of a battle. “I believe the greatest contributing factors are feelings of isolation/loss of their “tribe”, loss of a sense of mission, and of the sense of adventure, along with the failure to address and heal from the trauma of a wounded soul. Warriors/especially combat veterans, are tribal personalities, who need a mission and a sense of adventure,” Baker said of the challenges returning soldiers face.

“For years, I wanted to find a way to share my Soldiers’ stories. I saw them do amazing things under the worst possible conditions and wanted people to know what they did and experienced for the Country and for each other. I always imagined this in a before, during, and after-the-Army format. I have a photo of 12 of them who were awarded Bronze Stars for an operation in Sadr City, Iraq in April 2008. I looked at that photo one day and realized that within 90 days of when it was taken, half of them were dead or wounded. So they became my main focus as far as stories I wanted to tell. I more or less envisioned getting in my truck and just going to visit and interview them all over the Country.” 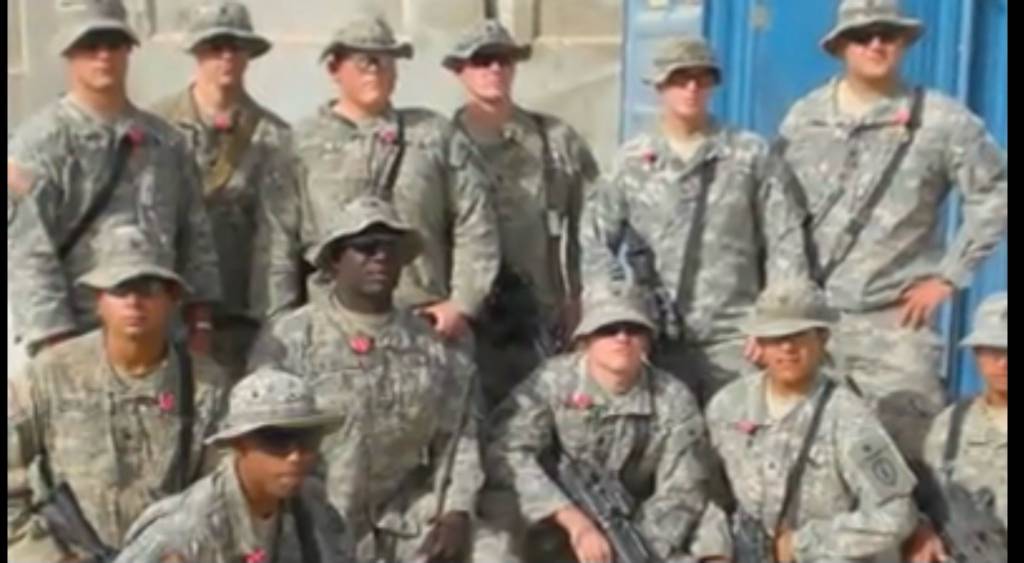 Several months ago, Baker reconnected with Tom White, whom he had served in Korea with. White retired in The Netherlands, and coincidentally, had become a documentary filmmaker. Moment of fate for the two brothers.

“We hadn’t seen each other in 24 years, but as soon as I told him about my idea, he jumped on board. He totally understood my concept, having been through some very traumatic events in his own life,” Baker said.

On June 5th, White arrived in Atlanta, and two days later, the duo hit the road, doing buddy checks and interviews. The project is currently funded through donations. To date Baker and White have raised $9,630.00. These donations have enabled the pair to travel throughout Georgia, Tennessee, The Carolinas, and Alabama. So far, they have conducted interviews with over two dozen individuals affected by trauma. One veteran told the men when they showed up it was the first time anyone had checked on him in 12 years.

The original concept evolved as Baker says he started to learn more about post-traumatic stress, moral injury, and traumatic brain injuries. “The scope grew to include interviews with people from all walks of life who experienced PTS, moral injury, TBI, and to include a look at commonalities across society, as well as solutions,” Baker said.

The documentary will also explore how family members deal with physical and moral injury, and how they’ve overcome and help a wounded soul.

Baker says his hope is that by showing that trauma is not unique to those with combat experience, we can close the communication gap that exists between the military/veteran and civilians and find common ground in preventing suicide, drug and alcohol abuse and at-risk behavior for all. 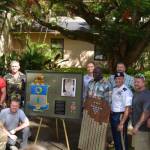 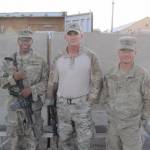 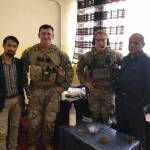 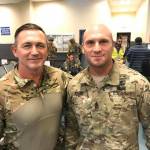 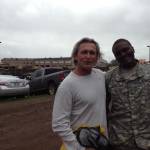 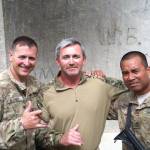 Baker says his goals for the documentary are: 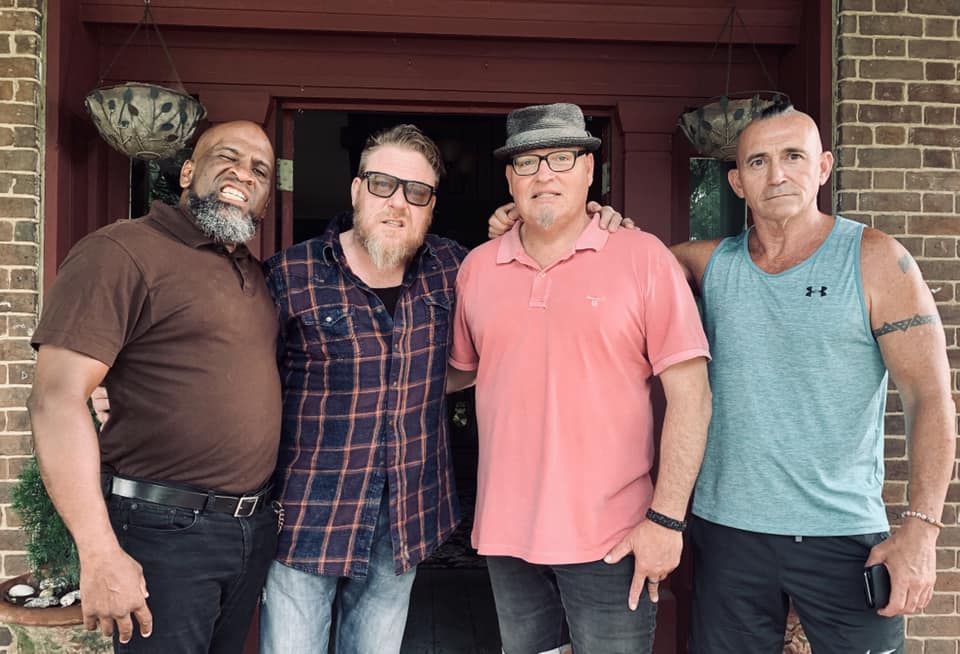 Baker says the journey at this point in one word has been EMOTIONAL. “Seeing and being with them again is awesome. Hearing the way many of them have struggled, whether while still on active duty, as they were transitioning out, with the VA, or with health/family issues is frustrating and infuriating. It’s also caused me to reflect on some of my own issues with PTS and reintegration.”

The team says they are always interested in hearing stories and solutions!

They are funded by donations and out of their own pockets for now, so donations are greatly appreciated.

Greg Baker grew up in Trion, GA. He joined the Army Infantry in 1984, he was in the Army twice, retired in 2010, as a First Sergeant, with a total of 24 years. He had a 2-year break, in which he was in law enforcement in Dahlonega.

After the Army, he was hired onto a program called the Joint Expeditionary Team (JET). “This was the greatest job and greatest adventure on earth. It allowed me to deploy 10 times, all over Afghanistan, to embed with our Soldiers and Marines there as an operational advisor. It was like being in the Army, but without the leadership or administrative responsibilities, while being allowed to focus solely on helping with the fight against the Taliban, Al Qaeda, ISIS, and other networks.”

Georgia Gas Price Update: Not Much Change Despite Demand, See Lowest in Your Area
An Evening with KINDRED FIRE to Benefit Rome Little Theatre
Posting....