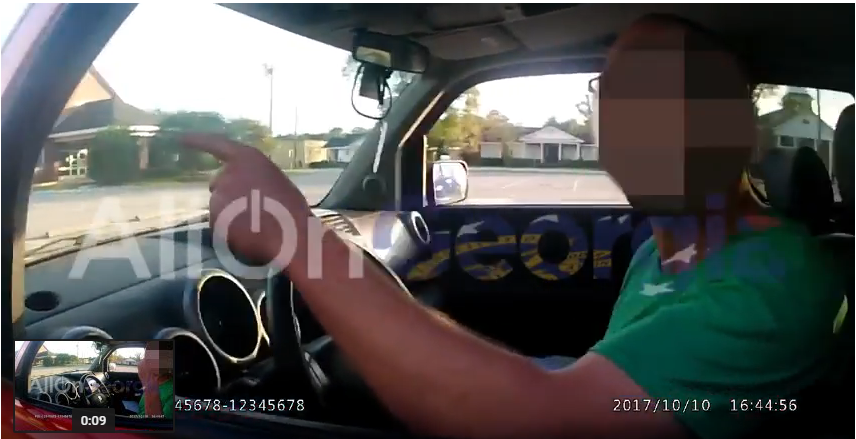 The following article is Part 3 of an investigative series by AllOnGeorgia into the Brooklet Police Department under the authority of Former Police Chief Doug Meyer (also known as Max Meyer & Clifford Meyer). The series looks into Internal Affairs investigation reports, a series of body camera files, and details over a dozen incidents during Meyer’s tenure in which citizens allege harassment, retaliation, and false imprisonment by Meyer and a few of his officers. All documents contained in the article below were obtained by way of an Open Records Request filed on May 29, 2018.

You can read Part 1 — Fmr Chief in Brooklet acknowledged citing business owner for speaking out against PD — here.

You can read Part 2 — VIDEO: Fmr. Brooklet Chief to Motorist: ‘I’m going to work to get you fired’ during speeding-related traffic stop — here.

Additional records seem to indicate that under the authority of Former Chief of Police Doug Meyer, the Brooklet Police Department continued to cite and arrest citizens, business owners, and passerbys for filing complaints against or speaking out publicly against the police department. The incident at the center of Part III involves a minister who was in a hurry to pick up his child from daycare. The motorist will be identified as [B.P.] for the duration of the article.

The incident occurred on Tuesday, October 10, 2017.when Officer Charles Dutton initiated a traffic stop with B.P. for speeding. The initial traffic stop footage with Officer Charles Dutton was not available in the Open Records Request, but the stop escalated after B.P. attempted to step out of his vehicle to talk to Dutton about why he was being stopped. At some point, a request for a superior was made and Sgt. John Baker arrived on the scene. The video at the bottom of the article indicates B.P. admitted to speeding and had no problem paying the fine. He was upset about the actual interaction.

Baker’s body camera footage shows a visibly shaken B.P. speaking in a shaky voice trying to explain the behavior of Dutton to Baker. B.P. maintained that he did not step out of the vehicle, but only opened his car door so that he could communicate to the daycare that he was in the parking lot for his child. “I was not being abrasive with him in any way,” B.P. told Baker.

“I’m going to talk to somebody about this. I’ve never been treated like this before, ever. I’m a minister,” B.P. said. Baker replied that he understood, which B.P. said he didn’t.

Baker raised his voice, yelling, “How you telling me I don’t understand?” at B.P.

B.P. calmly asked Baker not to speak to him that way, “I was the one that was talked down to, and I’m a little bit hot right now, so how about you guys be a little bit nice to me. Give me a ticket and let me go.”

B.P. repeatedly asked Baker politely to step back out of his vehicle and his face while pleading for Baker to issue the citation and allow him to leave.

Baker went on to tell B.P. that he shouldn’t have opened his car door during a traffic stop. “For our safety and yours, and it’s even been put out on the news and everywhere else, you should stay in your vehicle during a traffic stop.” B.P. replied that he was never told to stay in the vehicle. Baker went on to ask B.P. a series of questions, but as he answered, Baker insisted that B.P. allow him to “finish.”

Baker returned to the vehicle where Dutton was sitting and preparing citations. After six minutes, the speeding citation was issued to B.P. by Dutton. B.P. was not informed that signing the citation is not an admission of guilt, only proof of receipt as is required by state law – O.C.G.A. 40-13-2.1

The video of the motorist’s encounter with Sgt. John Baker is below.

But the traffic stop and citation are not where this incident ended, despite Officer Dutton verbally telling B.P. he was ‘free to go.’

On Wednesday, October 11, 2017, B.P. traveled to Brooklet City Hall to file a complaint in-person against the police department for the incident that occurred on October 10 with Sgt. Baker and Officer Dutton.

B.P. turned himself in to the Bulloch County Jail in compliance with the warrant. He waited almost six hours for someone from the Brooklet PD to arrive to handle the situation, but no one ever showed. Meyer maintains that the Sheriff’s Office never told Brooklet PD and they were not required to show for the warrant regardless.

Meyer later said that going before the Magistrate Judge gave the PD ‘an extra layer of a rational mind.’

B.P. went to City Hall on October 30, 2017 to discuss the incident. Councilman Bill Griffith was present as was Chief Meyer, B.P. and a friend/witness for B.P. The meeting was recorded on Meyer’s body camera.

An attempt to bridge the gap and resolve the situation, particularly the obstruction charge, was made by B.P. and Meyer is heard on camera saying, “We’re not opposed to that, but there’s some underlying issues that we’ve got to get past.”

Meyer told B.P. that people, including B.P., don’t take the Brooklet PD seriously while explaining that rural areas are more dangerous for police than ‘highly congested areas.’ Then Meyer told B.P. he wanted a letter ‘To Whom it May Concern’ changing his position on what happened during the traffic stop. “Basically an apology that the situation got out of hand.” Meyer went on to give B.P. the exact verbiage for an apology. “Take the monkey off our back.”

Meyer said he would Nolle Prosse, or decline to prosecute, the obstruction charge, and said that the speeding citation would ‘probably’ be on the 9 mph over the speed limit and under, where the citation is paid but no points are put on the record.

As the conversation tangented from B.P.’s case, Meyer, in detail, explained what happened with A.D. (from Part 1 of this series) and explicitly called A.D. a liar.

Meyer also told B.P. that his letter to the Mayor about what happened was not true, referencing a moment during his own stop where Baker allegedly told Dutton to go back to his vehicle while Baker was trying to diffuse the traffic stop with B.P. Chief Meyer said that it’s all on the body camera, however, because the Baker stood over the car at an angle, there is no actual footage of the incident. The reflection of Dutton and Baker can be seen in the video above and the 00:35 mark shows Baker putting his arm against Dutton’s chest and stopping him from coming to the window. His arm was fully-extended enough to push him backward. His words were inaudible. The minimal footage appears to corroborate B.P.’s story, not Meyer’s.

The letter and supplemental documentation, outside of the citation, the warrant, and the complaint, were not available under the Georgia Open Records Act as the files are incomplete.

In the meeting, Councilman Griffith told B.P. that if a complaint comes in, he reviews the complaint and all of the video that is there, so I know what’s going on.” His statement indicates that he was aware of all of the complaints filed in 2016 and 2017 against the police department that went missing upon Meyer’s departure.

WTOC reported in early February that Mayor William Hendrix was quoted saying “if there’ve been complaints, he hasn’t heard about them,” which means that either Councilman Griffith did not share about the complaint filed or the meeting that followed by B.P. or the mayor did not make an accurate statement. In another article, a week after the first, Hendrix told WTOC that “the chief has done a good job since he arrived three years ago, and this was an isolated incident.”

Citizens took Hendrix and the council to task over those statements, chastising their inaction. During that council meeting, Councilman Randy Newman told citizens “People only show up to council meetings when something is wrong.”

Compilation of Video on the Discussion about the Brooklet Police Department from tonight's City Council Meeting.

At the end of the meeting with Meyer, Griffith, and B.P., B.P. stepped out and his friend remained to speak with Griffith and Meyer. He pleaded with the pair to talk to Officer Dutton over the fact that his report conflicted with what a witness of the initial traffic stop said. At that time, Meyer said the department had never had a problem with Dutton.

Meyer then said, “Baker when I first came here was a loose cannon because nobody had ever told him and over the three years, we’ve turned him from a loose cannon to at least rational most of the time.” He continued, “I would rather he over does it and goes home – between me and you – than not to do it.”

Meyer closed saying, “We’re nolle prossing because of his attitude and I want it to be a learning experience all around.” He maintained throughout the duration of the interview that the warrant the day after the complaint was legitimate.