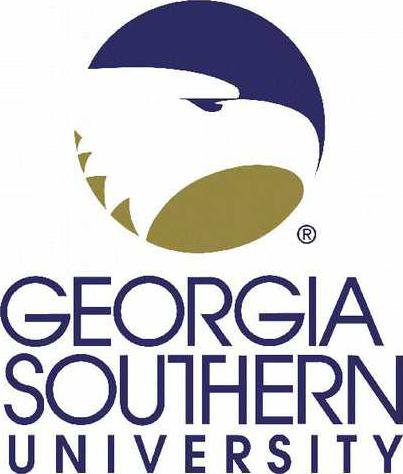 Georgia Southern University’s latest Economic Monitor, which analyzes Q4 2018 data and identifies trends affecting the regional economy, reports that Savannah’s metro economy closed out 2018 with across-the-board gains in all eight key economic indicators monitored. Port activity, consumer spending and electricity sales provided the most lift to the index, with improving consumer expectations, overall employment and tourism playing supporting roles.
“Overall, the regional economy appears to have shaken off the weakness of the third quarter and returned closer to trend growth recorded in the past few years,” stated Michael Toma, Ph.D., Fuller E. Callaway Professor of Economics and director of the Center for Business Analytics and Economic Research (CBAER).
During the fourth quarter, the Savannah metro economy expanded at a rate of 0.8 percent, or 3.2 percent annualized, which is an increase from the previous quarter. While the third-quarter data was mixed with growing signs of weakness, the trend has reversed in several key economic variables, including total employment, retail sales and electricity sales. Port activity increased 8.4 percent from the third quarter, showing a 7 percent increase from comparable data from one year ago. Retail sales jumped 11 percent and are up 13 percent over last year. Electricity sales increased 4 percent, and consumer confidence in the south Atlantic states was up for the second consecutive quarter, shedding some of the volatility that has marked its recent behavior.
In general, the Savannah metro economy appears to have strengthened substantially during the final quarter of 2018. While the eight key indicators of economic activity in the Savannah metro region all improved, modest employment gains and the uptick in the unemployment rate warrant continued close monitoring of regional economic data in the near term. With this shift, improving regional economic conditions throughout much of 2019 is anticipated.
Highlights from the latest Economic Monitor include:
EMPLOYMENT TRENDS
Total employment in Savannah’s three-county metro area was 179,200, an increase of 400 jobs. For the second consecutive quarter, total employment barely equaled previous-year data. It is expected that total employment will resume a modest upward trend in early 2019.
The regional service sector recovered half the jobs shed in the previous quarter, rising by about 600 workers; however, business and professional services lost about 700 jobs, bringing the two-quarter loss to almost 2,000 jobs. Education and health gained 400 jobs each, as did state and local government. Hospitality and leisure gained 100 jobs to land at roughly 26,000 workers. The goods-producing side of the economy remained steady at 25,300 jobs, while manufacturing provided jobs for 17,700 workers and construction maintained 7,700 workers.
HOUSING MARKET
The housing marketing indicators reversed course from Q3 2018, recording improved numbers. In the regional housing market, seasonally adjusted building permit issuance for single-family homes soared 33 percent, rising to the highest quarterly total since mid-2007. Building permits issued for single-family homes increased to 562, rising from 420 units in the third quarter. The average valuation per single-family unit lagged a bit, declining 3 percent to $220,000 from $228,000.
LABOR MARKET
With the stabilization of both weekly wages and length of workweek, the labor market showed improvement. There was an 11 percent decline in the number of initial claims for unemployment insurance (UI) from 508 to 454 in the fourth quarter. The low unemployment rate, along with relatively few new UI claims, suggests that workers can expect an upward trend in wages. The seasonally adjusted unemployment rate ticked up modestly from 3.3 percent in the previous quarter to 3.5 percent.
ECONOMIC INDEX/FORECASTING INDEX
The business forecasting index turned up, registering growth of 0.5 percent, or 2.2 percent annualized, after nearly flatlining the previous quarter.
The Economic Monitor presents quarterly economic trends and short-term economic forecasts for Savannah’s Metropolitan Statistical Area (MSA). The quarterly report measures the heartbeat of the local economy, based on the analysis of economic data from the U.S. Census Bureau, the U.S. Department of Labor’s Bureau of Labor Statistics, the City of Savannah, Georgia Power and the three counties in the MSA — Chatham, Bryan and Effingham.
The report is available for free by email. To subscribe, email mtoma@georgiasouthern.edu.
CBAER, a part of the Business Innovation Group (BIG) in Georgia Southern’s Parker College of Business, meets the applied research needs of Savannah’s business and community organizations. Areas of concentrated research include regional economic forecasting, economic impact analysis, economic development and business expansion, tourism development, survey-based research and specialty reports on topics of state, regional and local interest.
Related Topics
Jessica Szilagyi