The Bulloch County Election Superintendent told Commissioners that the new machines will lead to increased expenses, increased time for return of results on election night, and a possible need for law enforcement when the equipment is at the 16 precincts around the county. 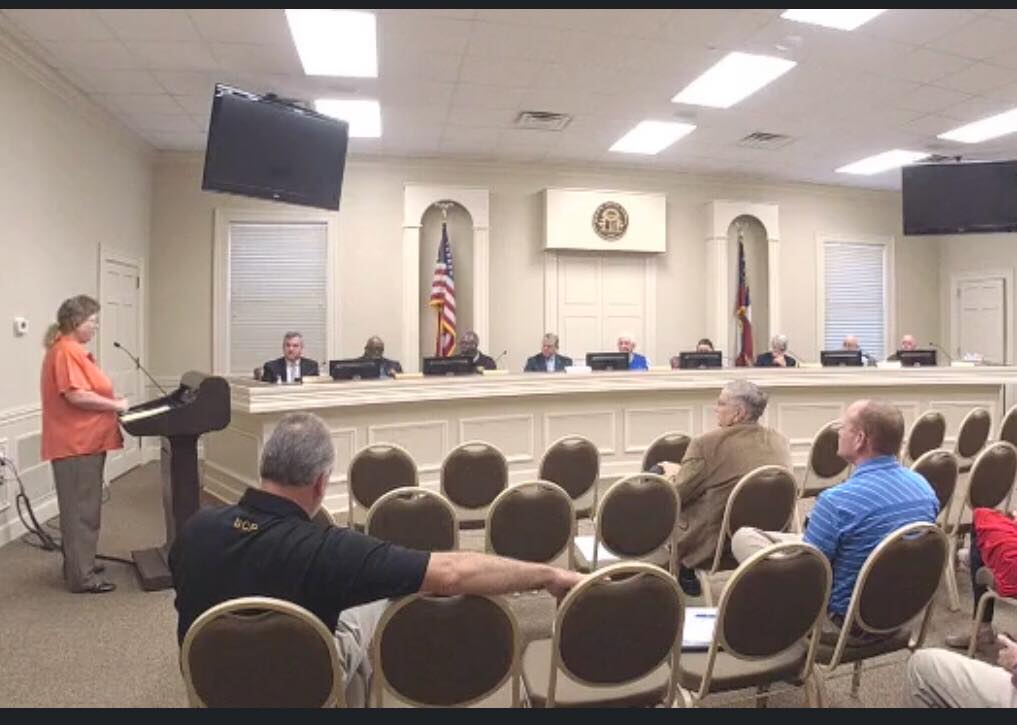 Jones told Commissioners that the county is working to prepare for the 2020 elections with a number of upcoming training sessions for county elections employees and poll workers, but said the road ahead will be ‘challenging.’

Offering an overview, Jones prefaced that a number of questions are still unanswered as the county is still exploring and learning the new machines, which were approved by the Georgia legislature earlier this year.

The new machines are touch screen computers on which voters will offer their respective candidate choices. The computer will then print a paper copy of the ballot for the voter to review, the voter will insert the paper copy into a machine that will actually tabulate the ballot, and the paper copy will be set aside for verification or in the event of a challenge. Jones said those paper copies will be kept for at least two years.

While the new machines are being supplied by the state in exchange for the old voting machines, Jones said the county will still be on the hook for increased expenses. Based on 2016 and 2018 November elections, paper ballot printing costs alone will be at least an extra $4,000 for the November 2020 election – which is expected to have higher than usual turnout due to the presidential election. Jones said it comes out to about $0.13 per ballot.

Chairman Roy Thompson asked Jones if it was her belief that the new machines would be beneficial. After a long pause and at the urging of County Manager Tom Couch to ‘just be honest,’ Jones said ‘no.’

Citing still undetermined expenses and logistics, Jones explained to the Commissioners that the old voting machines were in a single case for each machine and contained everything a machine would need. The new machines have a printer that is adjacent to the voting machine as well as a battery pack for the printer in the event of a loss of power. The printers will require a table and only two printers can fit on a 6 foot table. Logistically, Jones said that could mean vans or UHaul trucks would need to be rented to deliver equipment to the county’s 16 voting precincts. The larger voting precincts have 17 voting machines, but even the elections office, where early voting takes place, had to be rearranged completely to accommodate eight new machines with the printers and tables.

Commissioner Mosley asked if the county would have back-up printers to ensure voters can print their ballot to take it to the tabulation machine. Jones said she was not sure because additional printers and toner come with a cost.

Chairman Thompson asked if the machines would help speed up the return time for results on the night of the election. Jones said she could not answer that completely because she has not seen how the machines actually close out, but the paper ballots will have to be counted to ensure the numbers match the ballots cast and that that will logistically slow down the return time.

Jones also said there may be a need for law enforcement to be at the precincts when the equipment is there, but an Elections Board employee is not.

On a positive note, Jones said the new machines will be able to be used for early voting and Election Day voting, whereas the old machines could not be reused during the same election.

Currently, the Board of Elections has two machines on hand for test runs.  She asked the Commissioners come by to see a test run so they can explain the process to Bulloch County’s 46,000 registered voters.

“We have some challenges ahead, but we’ll figure them out,” Jones told Commissioners.

“We have total confidence in you,” Thompson assured Jones. “We know that you will complete and get past all of those obstacles.”

Couch reiterated that the county has tried to put a reasonable amount of SPLOST money aside each year for elections, which will help offset some of the costs, but cannot be used for things like paper or toner. “I don’t have many fears with that unless the state has created flaws that end up causing us some unwanted expense.” Ultimately, Couch said, the county will fund the elections as necessary. “We will do whatever we need to do.”