Council voted 5-0 to impose a blight tax of 7x the millage rate, but upon the passage, Mayor McCollar reduced the rate down to 0.01 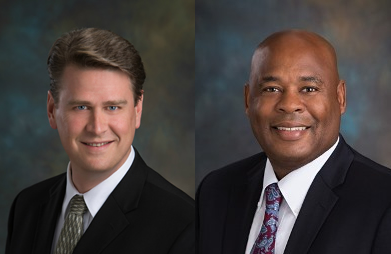 Council members voted 5-0, following a motion by Boyum and a second by Councilman John Riggs, to implement a new ordinance that would increase the millage rate seven fold on properties the city deemed to be ‘blighted.’ City Manager Charles Penny, at the last council workshop, had instructed council members and city employees to refer to the measure as a ‘Community Redevelopment Incentive Program.’

“Citing that this is an ordinance for appropriation, that seven-fold factor, I would like to reduce that to 0.01,” McCollar said to City Attorney Cain Smith  immediately following the vote. As he moved onto the next agenda item, Boyum interjected: “I’m sorry. Can you explain that, Mayor?”

“I’m not changing the millage rate, what I’m changing is the factor,” McCollar replied.

McCollar said there’s a caveat. “This funding is dedicated to a specific line item and because this is dedicated to a specific item, by definition, it becomes an appropriated fund, and because it is an appropriated fund, that gives me that ability. We’ve already talked with legal in regards to it and legal is in agreeance with the mayor. So, if legal says it’s fine and it’s in our Charter, this may not be the best time to debate it.”

“This is exactly the time to debate this, this is a public meeting,” Boyum told McCollar before mentioning ‘things behind the scenes.’ “No one informed me that this was going to happen.”

“There’s nothing behind the scenes,’ McCollar said. “I’m here in front of everybody, letting them know what I’m doing. It’s in the Charter.”

Boyum again asked the city attorney to explain how the ordinance is an appropriation. “Does the mayor have the ability to change the millage rate?” Boyum pressed. Smith replied that the mayor does not as Boyum said, “This is a tax rate. This is a multiplier of the millage rate. How does he have the ability to change that in a written ordinance that’s been approved twice?”

Smith told Council members was “not expecting this” during the meeting and that he did not have the specific Charter provision in front of him, but that the Charter does indicate the mayor can adjust appropriations and set aside the revenues arising from the creation of a blight tax. Smith said the mayor could also veto the ordinance.

McCollar said council should move forward with the meeting and they could bring it back at the next  meeting if they so choose. “As it was stated, as far as our conversation, it stands and we’ll move forward.”

Boyum asked that it be placed on the next meeting agenda. He also asked City Manager Charles Penny if he could “chime in,” but McCollar answered instead. “The mayor is empowered to adjust [the millage rate.]”

“Millage rate and the multiplier are apples and oranges,” McCollar refuted.

“The multiplier is the multiplication of the millage rate!” Boyum told McCollar.

After several minutes, Councilman Sam Lee Jones commented that he appreciated what both men were saying but he wanted to rely on the advice of the city attorney and “the attorney stated he does not have the charter and he’s not able to advise us at this time. So my recommendation is that we table it until the attorney can come back with some advice so we can make an informed decision.”

“I agree with that,” Councilman Jeff Yawn echoed, which was followed by agreement by Riggs.

“So where do we stand? We just passed the second reading of something we’ve been working on for almost a year now only to be hamstrung here at the end. What is the point of creating ordinances, mayor, if you can just change the ordinances willy nilly?”

“It is within my power,” McCollar said.

Boyum again asked Smith to clarify the status of the ordinance, but Smith deferred, saying he needed to review the Charter.

You can watch the council meeting below. The blight tax discussion begins at the 12:50 mark.

Statesboro Council Meeting – begins at 9AM