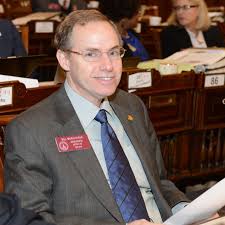 Lawmakers in the Georgia House of Representatives voted this week to more than double their own retirement benefits, overwhelmingly passing House Bill 624 117-42. State Representative Bill Werkheiser, who represents House District 157 encompassing Tattnall, Evans and portion of Wayne counties voted YEA on the measure.

Lawmakers who serve more than 11 years (or 5 terms) in office would benefit more from taking the $50 per year of service monthly stipend than the flat $550. At a minimum, legislators who serve the minimum 8 year requirement will see a double in benefits.

Werkheiser joined 116 other colleagues, including Chad Nimmer who also represents Wayne County, in voting in favor of the bill. 14 members of the House did not vote and 7 were Excused, meaning they were not present on the floor at the time of the vote. It is now in the Senate, awaiting a Committee hearing.