A Tattnall County woman has been arrested on charges of insurance fraud, forgery, and theft. 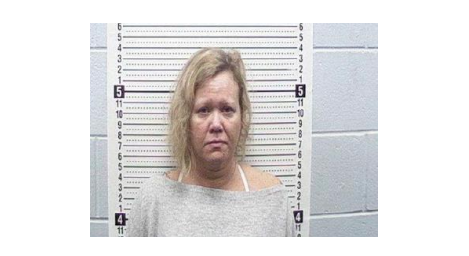 A Tattnall County woman has been arrested on charges of insurance fraud, forgery, and theft.

According to the GEorgia DEpartment of Insurance, on March 4, Special Agents in the Criminal Investigations Division at the Insurance and Safety Fire Commissioner’s Office arrested April Michelle Sapp, 44, of Reidsville, Georgia. Sapp faces one count of Insurance Fraud, one count of Forgery in the First Degree, and one count of Theft by Conversion.

Sapp is the Owner/Agent of Southern Pride Insurance Agency located in Tattnall County. On or about April 15, 2019, Agritech Building Systems, Inc. paid April M. Sapp, dba Southern Pride Insurance Agency, $6,954.48 for a Liability Insurance Premium. The premium was never forwarded to the Insurance Company by Sapp, and an alleged Fraudulent Premium Financial Agreement and Disclosure Statement were sent to Capital Premium Financing, Inc. to have the premium amount financed. After further Investigation, Sapp was charged with the previously listed charges.

“The Department’s job in regulating agents and agencies does not end once they are issued licenses. On the contrary, that is when the real work begins,” said Insurance and Safety Fire Commissioner John F. King. “Agents and agencies that fail to conduct themselves with the level of integrity worthy of the public will have the privilege of licensure restricted or removed from them.”

Sapp was released from jail on March 5 after posting an $18,000.00 bond. Special Agents in the Criminal Investigations Division were assisted by the Tattnall County Sheriff’s Office with this investigation.

Insurance fraud is a felony punishable by imprisonment for two to ten years, or by a fine of up to $10,000.00, or both. To report suspected insurance fraud, contact the Georgia Department of Insurance’s Criminal Investigations Division at 800-656-2298. Callers can choose to remain anonymous.