Werkheiser and Friends Spent $100k to Win House Primary, 90% From Out of District 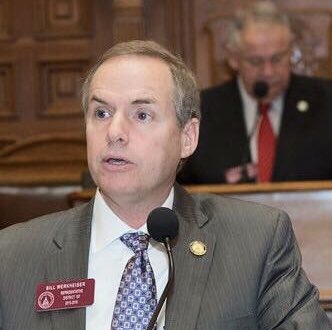 Campaign finance documents filed with the state in early July show State Representative Bill Werkheiser and Political Action Committees (PACs) working in his favor spent over $100,000 to keep his seat in the State House in Georgia’s 157th House District.

Werkheiser, who represents Tattnall, Evans, and a portion of Wayne counties, was challenged by Glennville native Delvis Dutton who served in the legislature from 2010 to 2014. Early polls showed Dutton with a considerable lead, 44%-11%, until the campaign quickly turned negative and a series of negative campaign mailers and radio ads against Dutton began running in the district.

Ultimately, Werkheiser outspent Dutton 10-1, spending $78,453 of his own campaign contributions which totaled $121,000. An estimated $30,000 in radio ads  and mailers paid for by the Georgia Coalition for Job Creation against Dutton. Similarly, Dutton spent $7,261, with 100% of his donations originating from the district.

Werkheiser’s money was largely from other lawmakers, attorneys from Atlanta, and lobbying organizations. $93,400 came from outside the district while $10,050 was from House District 157, meaning just over 90% of his donations were from places outside of Tattnall, Evans, and Wayne counties. A list of the outside donors are below.

Dutton pledged to donate his legislative salary to local charities in House District 157, if elected, and shortly thereafter, Werkheiser announced he had been donating his salary for four years, though no information was ever publicly provided to validate those claims. Directors of charities in areas of the district did say they received checks from Werkheiser for their 501(c)3 organizations just ahead of Election Day in May.

Dutton also challenged Werkheiser on his vote to increase lawmaker retirement. Werkheiser voted in favor of the measure during the 2018 legislative session and it angered citizens around the district. Werkheiser used local newspapers in the area to convey that he was not a member of the retirement system as a lawmaker, however, those documents are sealed under Georgia’s Open Records Act, and no person from the public could ever confirm if that statement is true.

Werkheiser and his supporters spent more to defeat his primary opponent than any other challenged state representative in the state. Similarly, the Georgia Coalition for Job Creation meddled in at least six State House races across Georgia and delivered more mailers to voters in Tattnall, Evans, and Wayne counties than anywhere else. PACs are not legally permitted to work directly with candidates and they are shielded from the election laws by which candidates are governed. You can read more about the Georgia Coalition for Job Creation here.

You can scroll through Werkheiser’s campaign disclosure below. Dutton’s is below Werkheiser’s.