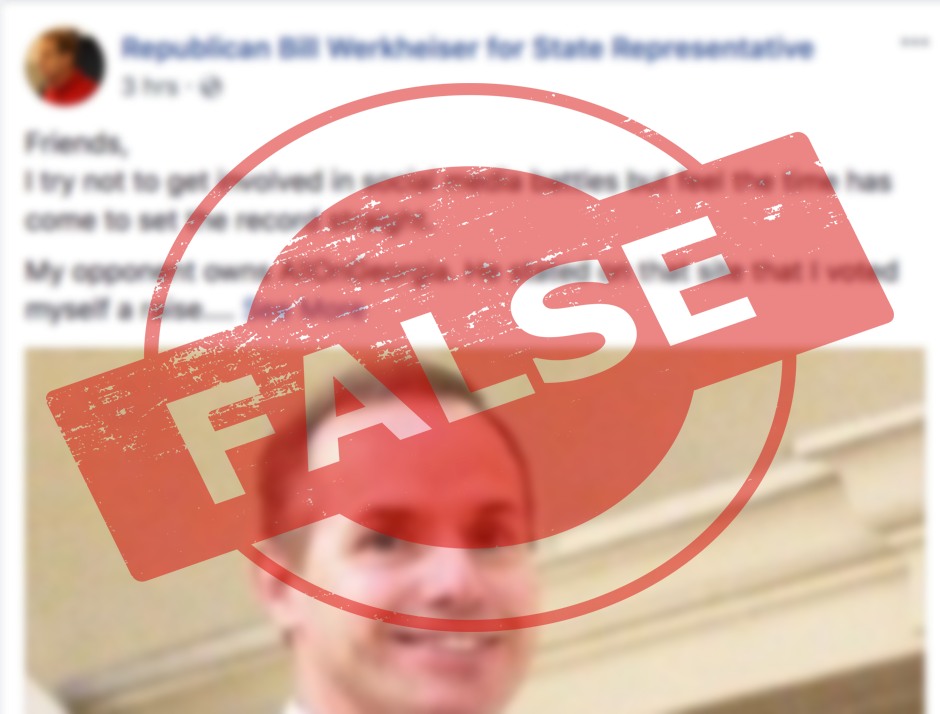 Bill Werkheiser, who is currently in a contested primary race for state representative

against Delvis Dutton, has taken to social media in wake of a poll released by the Dutton campaign. In his post, he says he has to ‘set the record straight,’ but in doing so, he has called into question the honesty and integrity of Dutton’s company, AllOnGeorgia, and it’s employees.

Werkheiser alleged that “He (Delvis) stated on that site that I voted myself a raise [sic].” This allegation is false.

Second, the article Werkheiser is referring to was written by Jessica Szilagyi. You can read the article here.

It was written on March 3 and published on the Tattnall, Evans, and Wayne county AllOnGeorgia markets. Another article, on his entire 2018 voting record, was published by Szilagyi on April 8. It also refers to an ‘increase in retirement benefits for lawmakers.” Not once did Szilagyi mention a pay raise, but only an “increase in retirement benefits”

Werkheiser did, in fact, vote to raise the retirement benefits for lawmakers whether he is

Werkheiser also alleged that a poll conducted by Gravis Marketing on April 10-11 asked if voters would vote for him if they knew “I had voted myself a raise [sic].”

This allegation is also false.

AllOnGeorgia obtained the questions from the poll conducted by Gravis Marketing and a pay raise is not mentioned. The questions were as follows:

**This question was in respect to House Bill 170 voted on in 2015. The $900 million tax increase assessed higher vehicle registration fees for some Georgians while increasing the gas tax across the board. Werkheiser voted YES.

Pictured about is a photo of State Representative David Stover removing his name off of HB 170. In the bottom left of the photo from Stover’s official Facebook page is Werkheiser’s signature on the original House Bill 170 bill. The photo is taken in the Clerk’s Office in the Georgia General Assembly.

6. After knowing this information, who will you be voting for on May 22 for State Representative?

More than 1,000 people in House District 157 heard the poll. The graphic Werkheiser refers to is based off the answers to these questions.