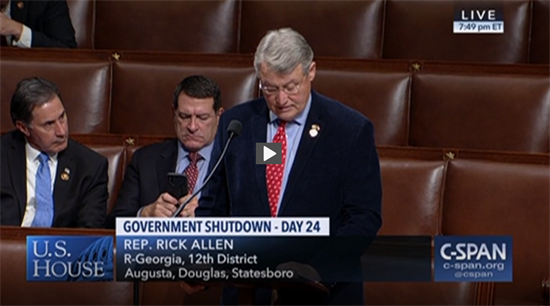 Campaign finance reports were released for the third quarter of 2015 and here’s what Congressman Rick Allen had to show for it:

Additional information on how Congressman Allen spent his money includes:

He paid $0.00 to the National Republican Congressional Committee.