US Sends Additional Financial Assistance to Victims in Iraq

The most recent funding appropriation totals a little over $7 million. 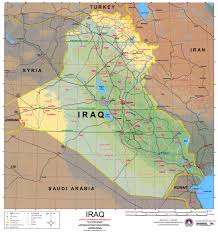 Additional funding has been appropriated for victims in northern Iraq.

The administrator for the U.S. Agency for International Development (USAID), Mark Green, recently announced that the new financial assistance is part of the effort by the U.S. Government, announced by Vice President Mike Pence, to support ethnic and religious minorities displaced by the genocide perpetrated by the so-called Islamic State in Iraq and Syria (ISIS). USAID awarded this funding to Catholic Relief Services (CRS) and The Solidarity Fund Poland.

USAID made an award of $6.8 million to CRS, which is working in partnership with the Chaldean Catholic Archdiocese of Erbil, to assist vulnerable families with their immediate household needs and to ease their return home when possible.

A separate award under USAID’s Memorandum of Understanding with the Government of Poland will provide $528,500 to a multi-donor project to deliver high-quality health care to communities affected by the persecution of ISIS. Beneficiaries will include displaced people who are living in camps and non-camp locations in Northern Iraq, as well as disadvantaged members of host communities. The activity will fund two stationary clinics and one mobile medical team.

This new assistance is part of the U.S. Government’s commitment to help persecuted minorities and preserve Iraq’s heritage of religious and ethnic pluralism. USAID is working with elected officials, community leaders, local and faith-based non-governmental organizations, and the private sector to help religious and ethnic minorities targeted by ISIS to improve their living conditions, expand their economic opportunities, and promote their democratic participation.

Assistance from the U.S. Government to support persecuted ethnic and religious minorities in Northern Iraq now totals nearly $380 million. This aid includes critical funding through USAID’s Genocide Recovery and Persecution Response initiative, and complements H.R. 390, the Iraq and Syria Genocide Relief and Accountability Act of 2018, which passed with bipartisan support in the U.S. Congress and President Donald J. Trump signed into law on December 11, 2018.